Board voting on superintendent departure after teacher shot 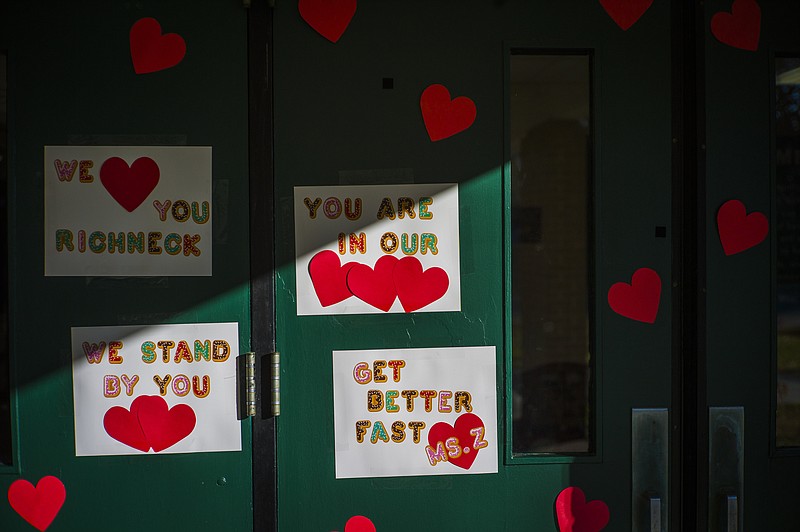 FILE - Messages of support for teacher Abby Zwerner, who was shot by a 6-year-old student, grace the front door of Richneck Elementary School Newport News, Va., on Jan. 9, 2023. According to a Tuesday, Jan. 24, 2023, media advisory, the first-grade teacher from Virginia who was shot and seriously wounded by a 6-year-old student, has hired a trial attorney to represent her. (AP Photo/John C. Clark, File)

RICHMOND, Va. (AP) -- A Virginia school board is scheduled to vote this week on the departure of its superintendent after a 6-year-old student shot and wounded his first-grade teacher.

The Newport News School Board has posted an agenda for a special meeting on Wednesday saying it will vote on a separation agreement and severance package for Superintendent George Parker III. The board is also scheduled to vote on a new interim superintendent.

Parker has been sharply criticized by parents and teachers who have called for his resignation or firing.

Police say Abigail Zwerner, 25, was shot by a student in her class as she was teaching at Richneck Elementary School. Police Chief Steve Drew has repeatedly characterized the shooting as "intentional," saying the boy had the gun "on his person," aimed the gun at Zwerner and fired one round, striking her in the hand and chest.

Zwerner was hospitalized for nearly two weeks but has been released and is continuing her recovery on an outpatient basis, a hospital spokesperson said.

Six days after the Jan. 6 shooting, Parker revealed that at least one administrator had been told the day of the shooting that the boy may have had a weapon. He said the student's backpack was searched, but none was found.

Police have said school officials did not tell them about that tip before the shooting, which happened hours later.

Zwerner has hired a trial attorney to represent her. Diane Toscano, founder of the Toscano Law Group in Virginia Beach, said in a media advisory Tuesday that she plans to share an update on Zwerner and release new information about the shooting on Wednesday.

The advisory said Toscano will also "address next steps" but did not specify whether Zwerner plans to file a lawsuit against the Newport News school district or school administrators. Toscano did not immediately return a call seeking comment.

Toscano is a former prosecutor who worked in the Virginia Beach Commonwealth's Attorney's office from 2006 to 2009. Her law firm handles criminal defense cases and civil litigation.

Police have said the gun used in the shooting was legally purchased by the boy's mother. In a statement last week, the family said the gun was secured. Attorney James Ellenson told The Associated Press that according to his understanding, it was in the woman's closet on a shelf well over 6 feet high and had a trigger lock requiring a key.

The family also said in its statement that the boy has an "acute disability" and was under a care plan "that included his mother or father attending school with him and accompanying him to class every day."

The week of the shooting was the first when a parent was not in class with him, the family said, adding, "We will regret our absence on this day for the rest of our lives."

During a raucous school board meeting on Jan. 16, teachers and parents said administrators had been dismissive of repeated complaints about misbehavior. They said students who assaulted classmates and staff were routinely allowed to stay in the classroom with few consequences due to a misguided emphasis on attendance and other education statistics. 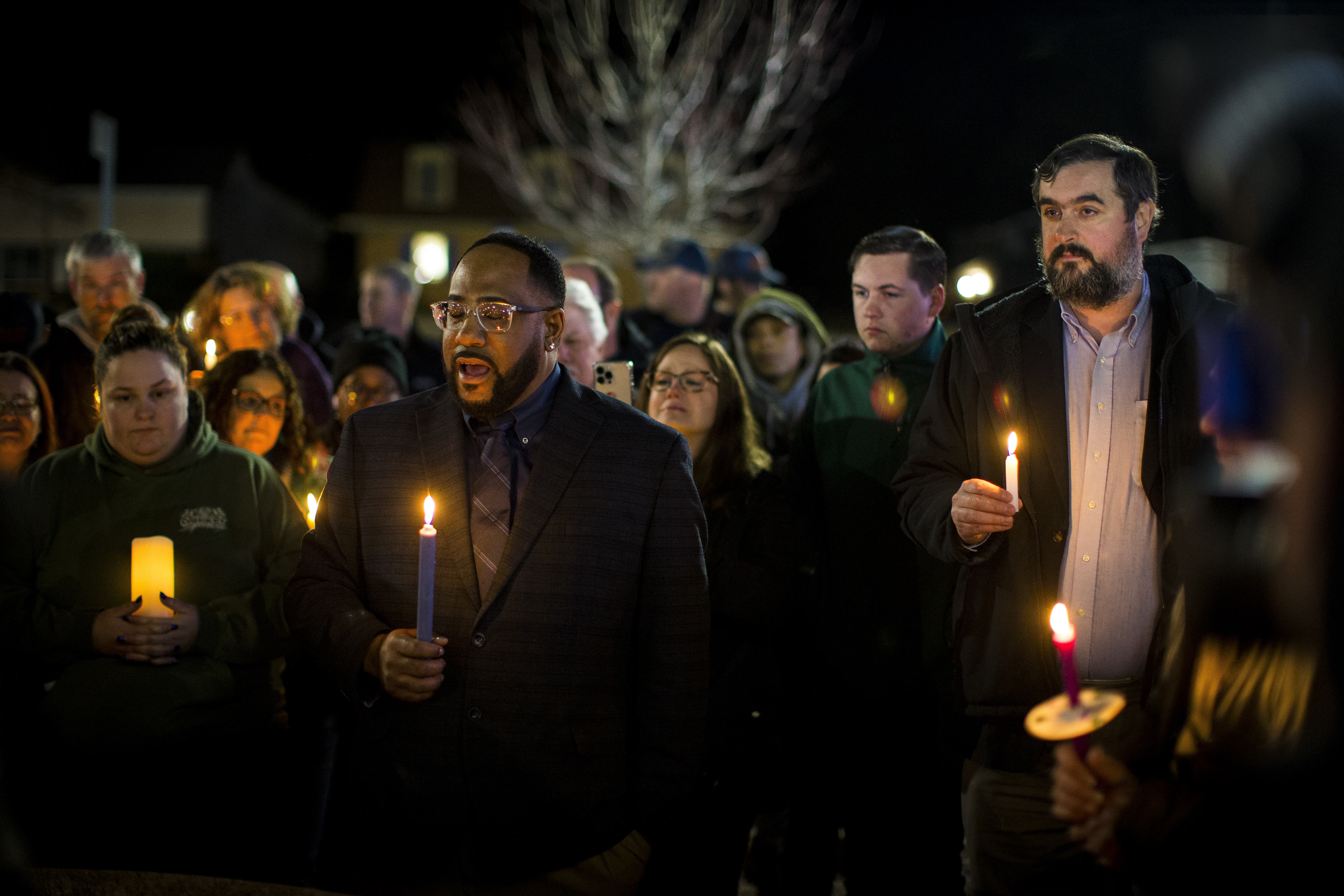 FILE - Newport News Councilman Elect John Eley, South District 3, speaks at a candlelight vigil in honor of Richneck Elementary School first-grade teacher Abby Zwerner at the School Administration Building in Newport News, Va., Monday, Jan. 9, 2023. According to a Tuesday, Jan. 24, 2023, media advisory, the first-grade teacher from Virginia who was shot and seriously wounded by a 6-year-old student has hired a trial attorney to represent her. (AP Photo/John C. Clark, File)

Print Headline: Board voting on superintendent departure after teacher shot