Hixson hits a game-winner against Greenville 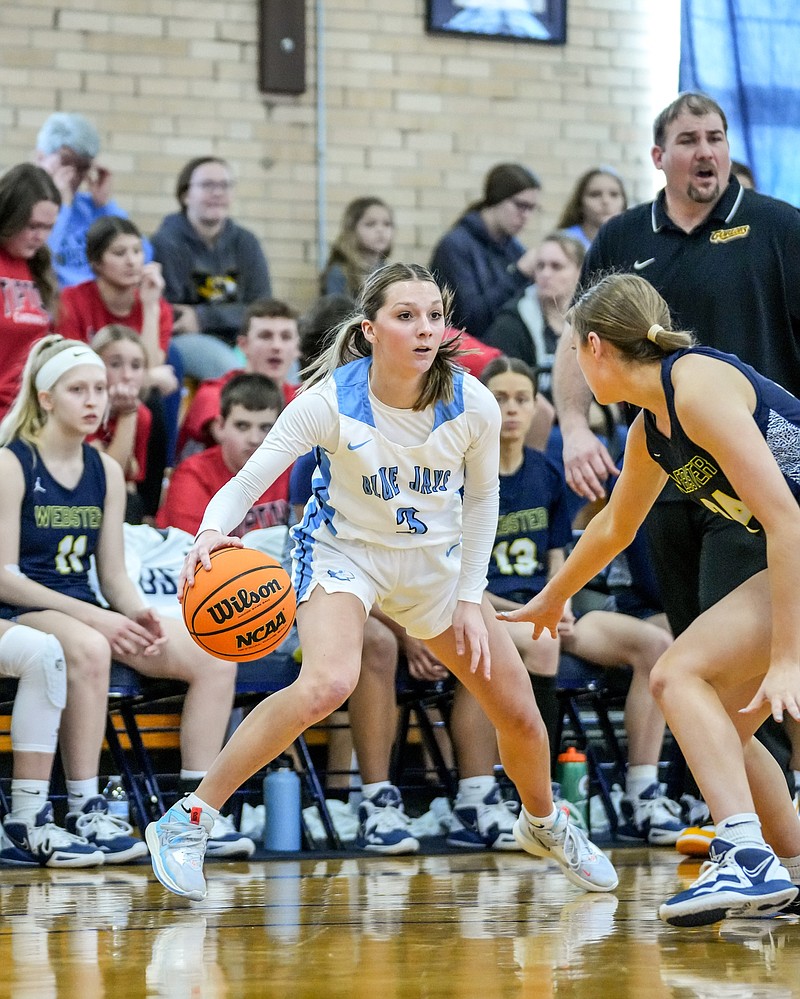 The Westminster College women's basketball team took on the Greenville University Panthers on the first day of the spring semester. It was a wild game inside the Historic Gym accompanied by Fulton High School's pep band. The game came down to the wire, and Olivia Hixson nailed a corner 3-pointer to win the game off an assist from Annette Ramirez. The final score was Blue Jays 69, Panthers 66. The Blue Jays improve to 3-2 in the St. Louis Intercollegiate Athletic Conference and 9-7 overall. The Panthers suffer their first loss in the SLIAC and fall to 4-1 in the conference; they are 11-5 overall.

Westminster dominated the first quarter, taking an early 20-9 lead and stunning Greenville. In between quarters, the Panthers regrouped and threw a counterpunch. They started the quarter on a 13-2 run to take the lead 22-20, with six minutes left in the quarter. From there, the game saw five ties and 11 lead changes. The Blue Jays took a 31-27 lead going into halftime.

The Panthers scored eight unanswered points to take a 35-31 lead in the second half. They led for much of the third quarter until Ramirez made a basket to get the Blue Jays within one point at 47-46 with 16 seconds left in the quarter. The Panthers came down and shot a 3. They missed the shot, it was pulled down by Ramirez, and she found Caragan Lockard hustling down the court; she made a layup at the buzzer to give Westminster a 48-47 lead heading into the fourth quarter.

Greenville got the lead back in the early moments of the fourth quarter at 52-50. Shelby Kurtz hit a 3 to give the lead back to the Jays. Westminster then strung together a couple of 3s from Hixson and Ramirez to pull away at 62-57 and force a timeout by the Panthers. Greenville got to the foul line quite frequently after the timeout and cut into the lead without time running off the clock. They got the lead back at 65-64 with a minute remaining. Ramirez scored with 26 seconds left to give Westminster a 66-65 lead. The Panthers got fouled on their next possession and headed to the foul line with a chance to regain the lead. They missed the first attempt and made the second attempt to tie the game 66-66. Westminster called timeout and advanced the ball past half-court. The ball was inbounded to Ramirez. She drove down the middle of the lane and kicked the ball out to Hixson in the corner. She hit the game-winning 3 with .04 left on the clock. The Panthers called timeout and got the ball inbounds with so little time on the clock could not get a shot off. The Blue Jays won the game 69-66.

The Blue Jays will be back in action Saturday when they travel to Louisville, Kentucky, to take on the Spalding University Golden Eagles. That game will tip off at noon central time.