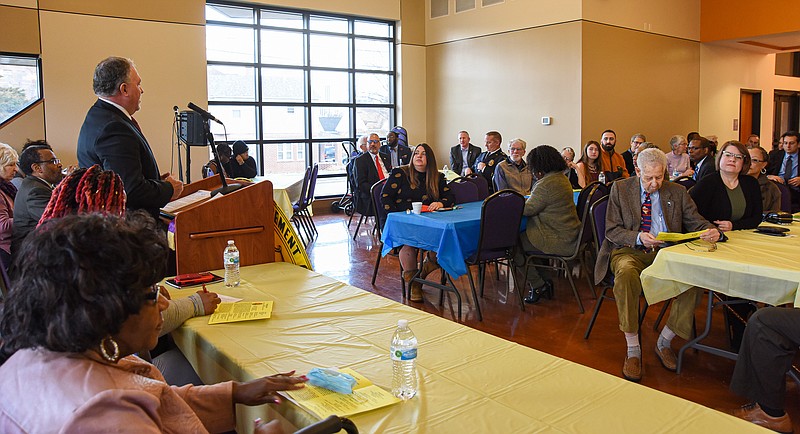 Show up and hold those in power accountable.

The message, delivered by several speakers Monday morning at the NAACP prayer breakfast, was just as relevant on the 40th anniversary of Martin Luther King Jr. Day as it was during King's lifetime, according to activists and community leaders.

"I want us as a community to show up in such a way that would make Dr. King's legacy and him very proud of what he left behind," said Michelle Smith, co-director of the recently renamed Missourians to Abolish the Death Penalty and the event's keynote speaker. "For the most part, we're okay, but I just feel like we should be better. We should definitely show up better than we are."

More than 100 people attended the Annual Prayer Breakfast and Founder's Day Celebration hosted by the Jefferson City Branch of the NAACP on Monday morning at Quinn Chapel AME Church. City, county and state elected officials, as well as leaders from Lincoln University and the Jefferson City Police Department, were among those present.

Smith said she came up with the phrase "Show up for Black Lives," which was displayed across her shirt Monday, to inspire and motivate people against the use of the death penalty. She said showing up involves everything from comforting those in need to advocacy in the halls of the Capitol.

While attending the funeral of a Black man executed by the state last year, Smith said she realized more people are willing to show up for Black death than they are for Black lives.

Smith said King, dressed in a suit and marching for miles, showed up for Black lives.

King, in a 1967 NBC interview, said Black Americans have historically battled a stigma associated with the color of their skin. While white immigrants in the mid-1800s were given an economic base with land in the west and Midwest, King said, Black folks weren't given anything despite being enslaved in the country for 244 years.

"It's a cruel jest to say to a bootless man that he ought to lift himself by his own bootstraps," King said in the interview about 11 months before he was assassinated. "And many negros, by the thousands of millions, have been left bootless as a result of all of these years of oppression and as a result of a society that deliberately made his color a stigma and something worthless and degrading."

W.T. Edmonson, a pastor at Second Baptist Church, reminded Monday's crowd that King wasn't well-liked during his lifetime. King was "really despised by some," but he didn't have to be liked to be respected, Edmonson said.

King's murder in 1968 at the age of 39 serves as a reminder that life is too short, Edmonson continued.

King didn't sign up to become a martyr for racial justice and equity, Edmonson said, but he answered God's call. He was killed for holding his society accountable.

"Dr. King was a patriot but he was not treated as a patriot because he was seeking to hold people accountable," Edmonson said before urging those in attendance to do the same.

Julie Allen, voting initiatives chair of the NAACP Jefferson City branch, said fewer than one in five voters registered in Cole County cast a ballot during the most recent municipal election.

Allen said accountability, whether at the ballot box or protesting in the streets, is the only way to instill a sense of urgency around issues that matter to the community.

She pointed specifically to the affordable housing fight unfolding in Jefferson City that has City Council members divided. The issue will move forward with voting in the April 4 election, she surmised.

"The reason why we are where we are today is because we did not vote or we are not holding our elected officials accountable," she said.

Allen urged voters, particularly those who were weary about supporting the civil rights movement in the '60s, to learn from the past and address the needs of Jefferson City's Black community.

Ron Fitzwater, a city councilman and the only candidate running for mayor, said events like the one on Monday are important to remind people of where the country has been and the ideals King represented.

Lincoln University President John Moseley said Monday was a significant day of remembrance but the work isn't done. The Black Civil War soldiers who founded Lincoln in 1866 fought for a dream that looks a lot like Jefferson City today, Moseley said, but it's not complete.

Police Chief Eric Wilde used the prayer breakfast to share his goals for the community.

He said he wants people to be free from oppression, violence and intimidation as they go about their day. He also wants officers to be safe and approach situations with respect, compassion, justice and fairness.

Wilde, who is in his first year as the city's police chief, said he also prays the community has faith in the force.

"I pray that everyone in this room has the same level of confidence that they can come down to my office at any time, share a cup of coffee with me and tell me what's on your mind," he said, "because I do want to be part of the community and be part of the solution."

Two community leaders were honored with awards at the NAACP breakfast.

Alicia Edwards, executive director of Building Community Bridges, received the NAACP's Community Achievement Award while Sandy Robinson, who has served as the group's membership chair for decades, was awarded the Lifetime Service Award.

Edwards, a Jefferson City native who helped found the nonprofit in the city's south side about five years ago, reiterated that more work needs to be done to support the city's Black community. 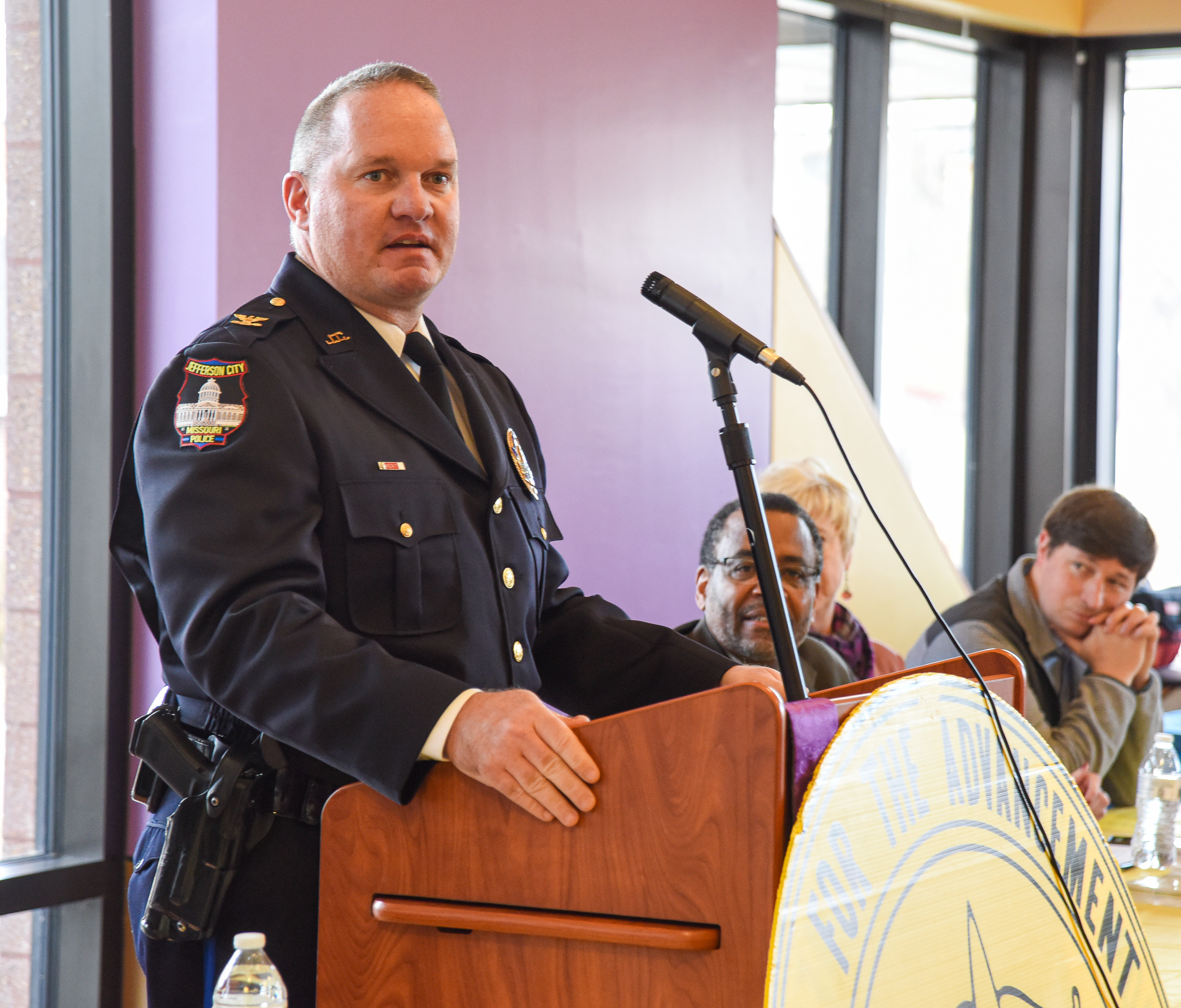 Julie Smith/News Tribune photo: Jefferson City Police Chief Eric Wilde was invited to speak to the guests Monday, Jan. 16, 2023, at the NAACP Jefferson City Branch Martin Luther King, Jr. Prayer Breakfast at Quinn Chapel AME Church. He assured them that his door is an open door and anyone is welcome to visit with him. 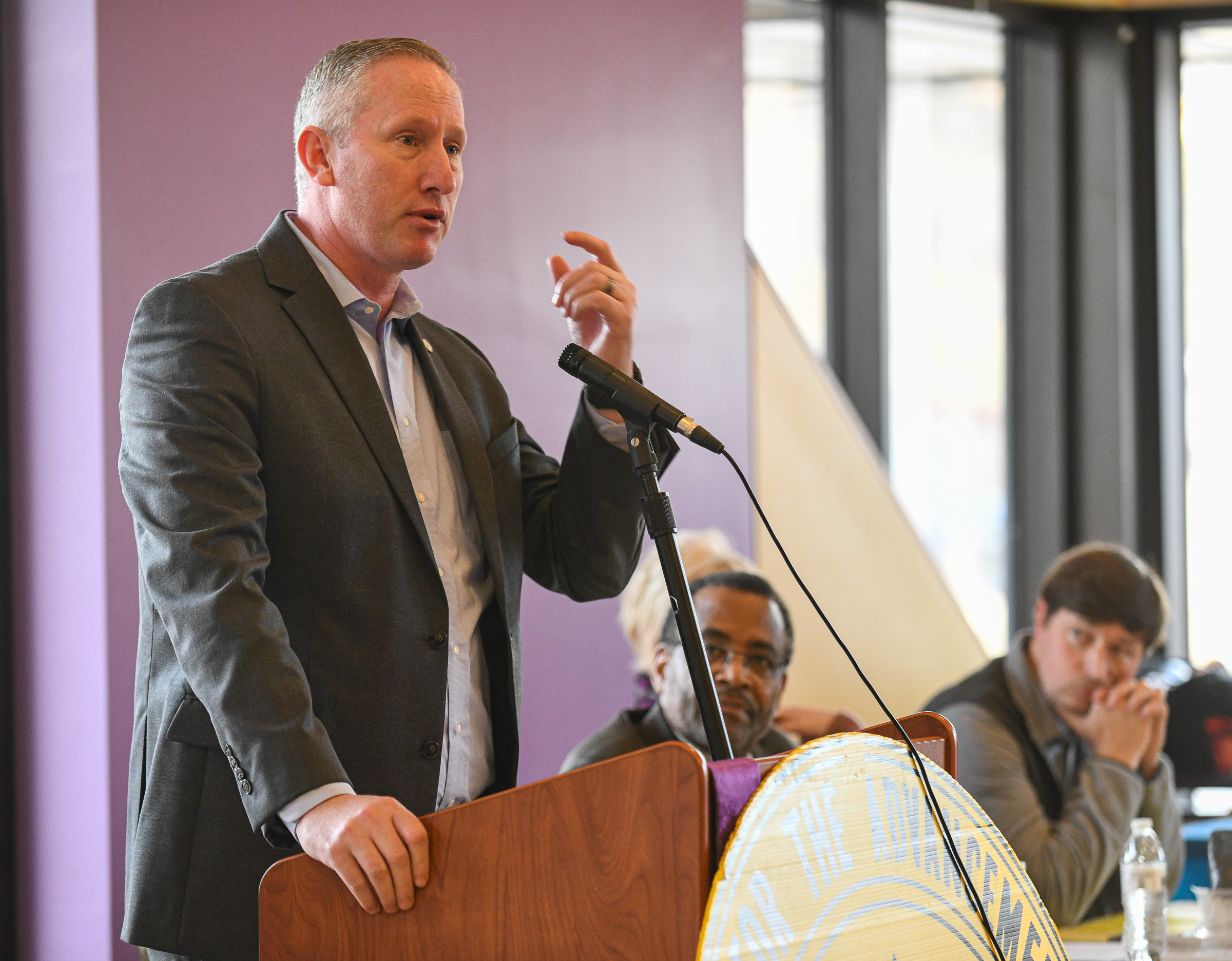 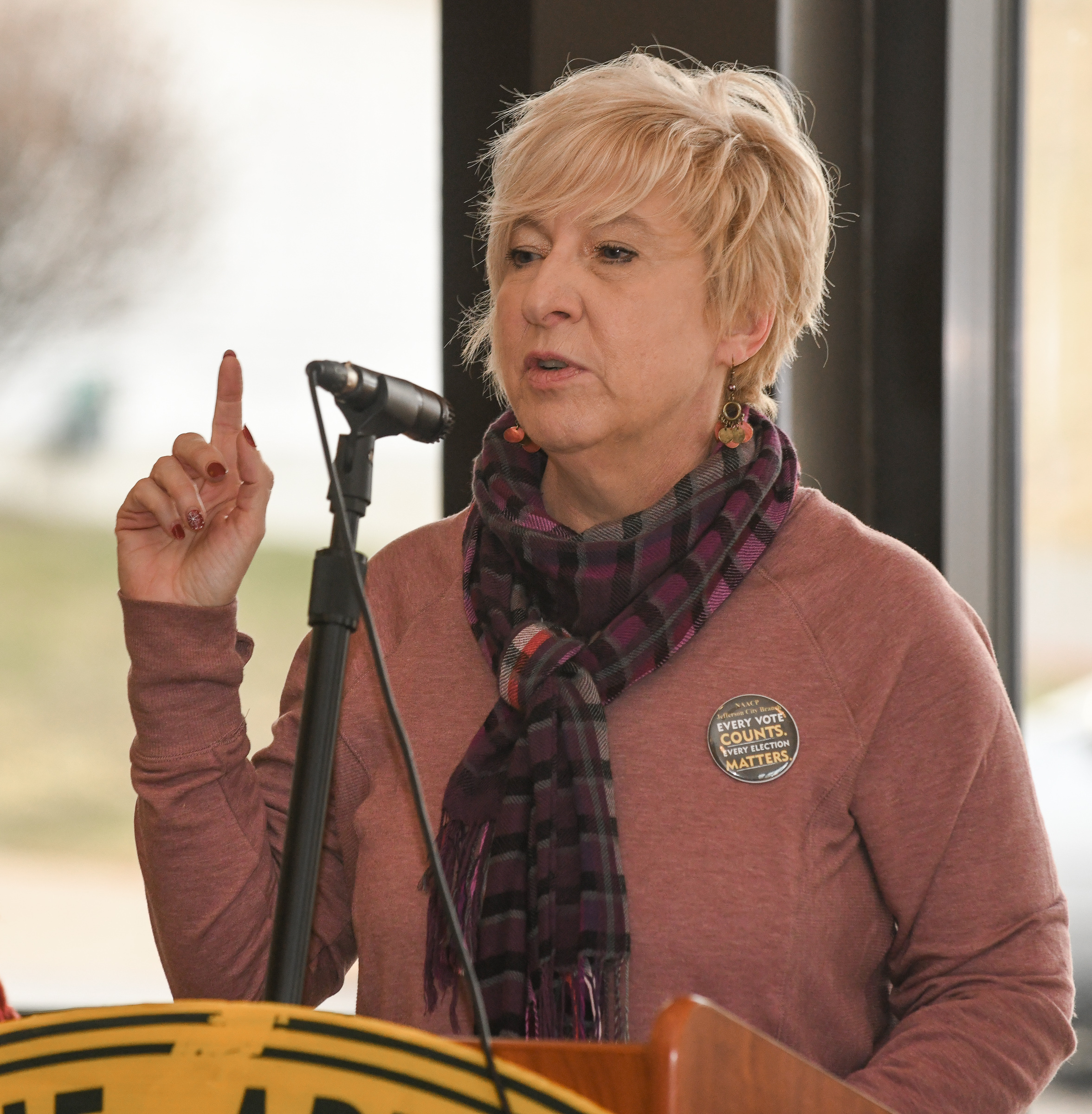 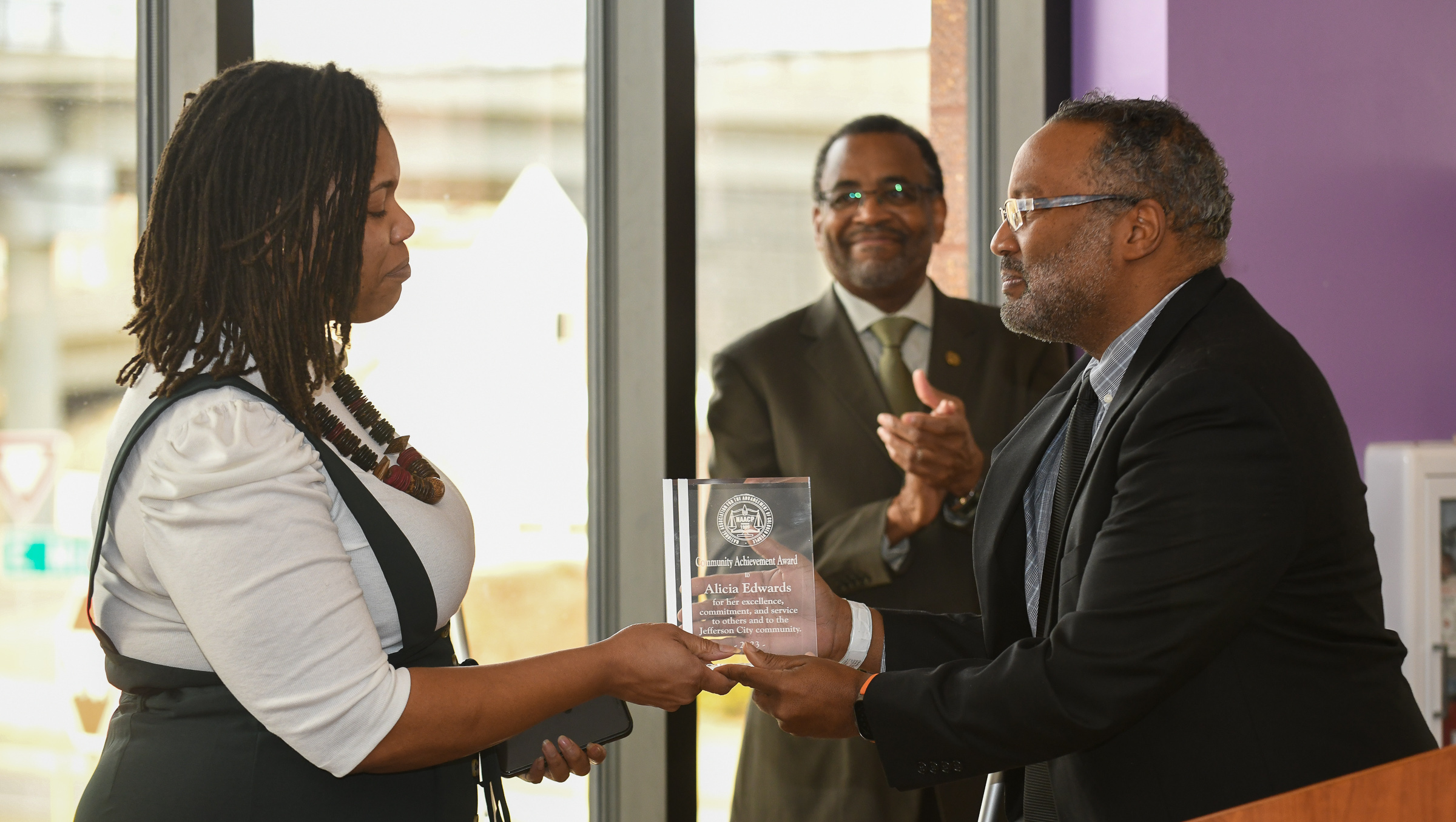 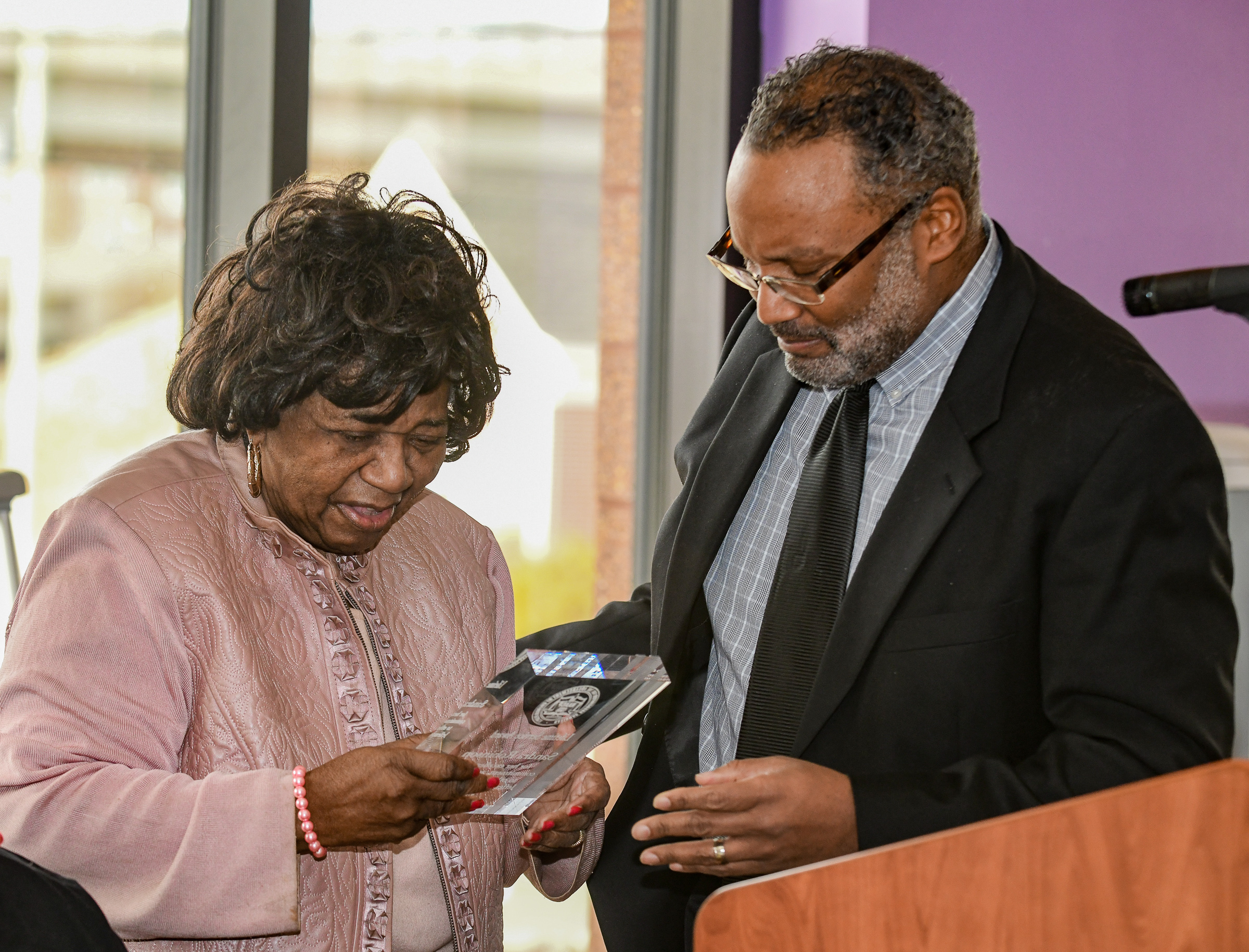 Julie Smith/News Tribune photo: Sandra Robinson was recognized for her work over the years for the NAACP Jefferson City Branch with the Lifetime Achievement Award during Monady's Martin Luther King, Jr. Prayer Breakfast at Quinn Chapel. She was presented the award by Nimrod Chapel, Jr., president of the Missouri State Conference of the NAACP. 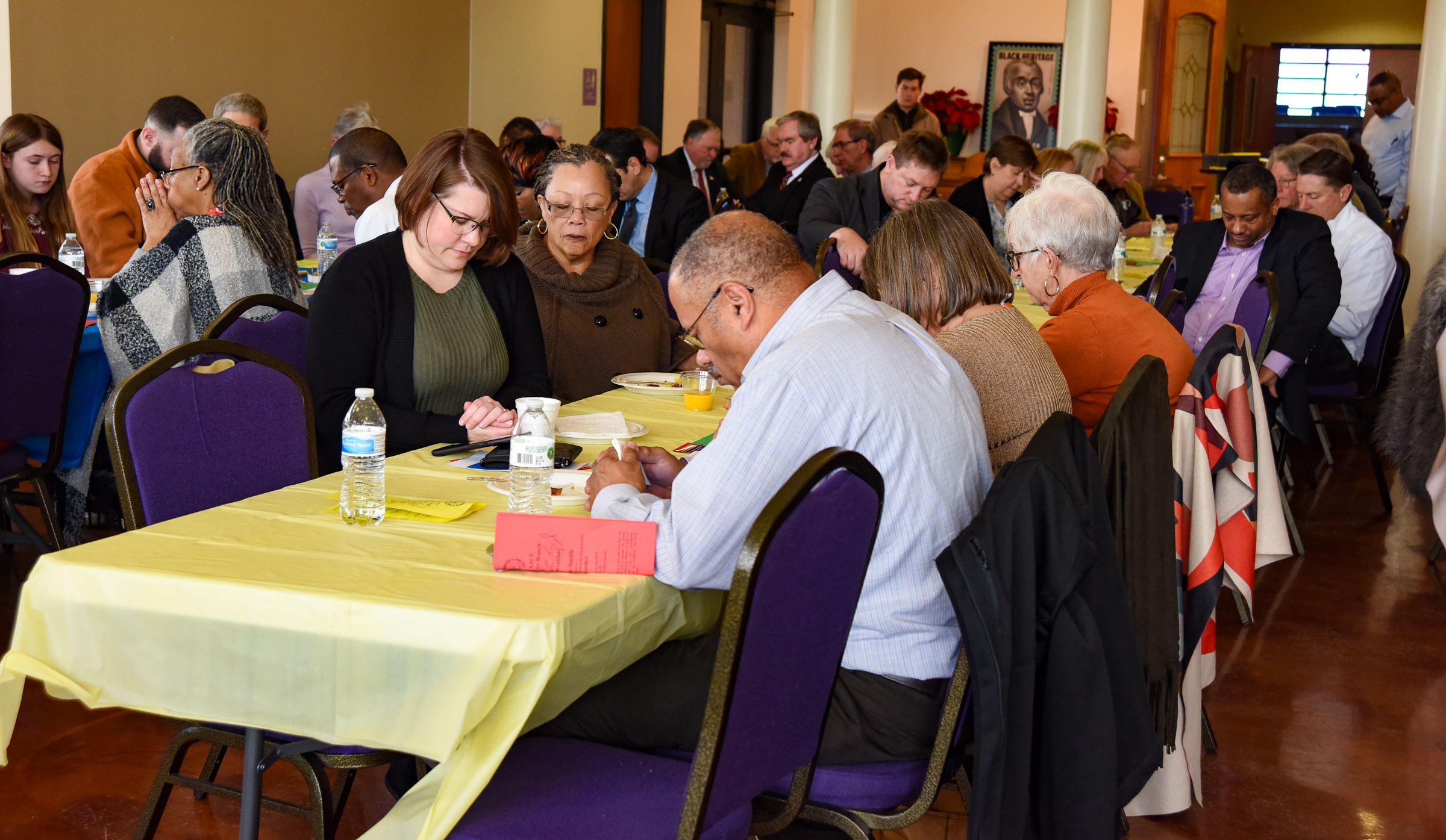 Julie Smith/News Tribune photo: Attendees to Monday's Martin Luther King, Jr. Prayer Breakfast bow their heads in a moment of silence for the late Mrs. Cynthia Emery Chapel. who was very active in the NAACP Jefferson City Branch and many civil rights activities. Mrs. Chapel passed away recently but organizers wanted to acknowledge her many years of service. 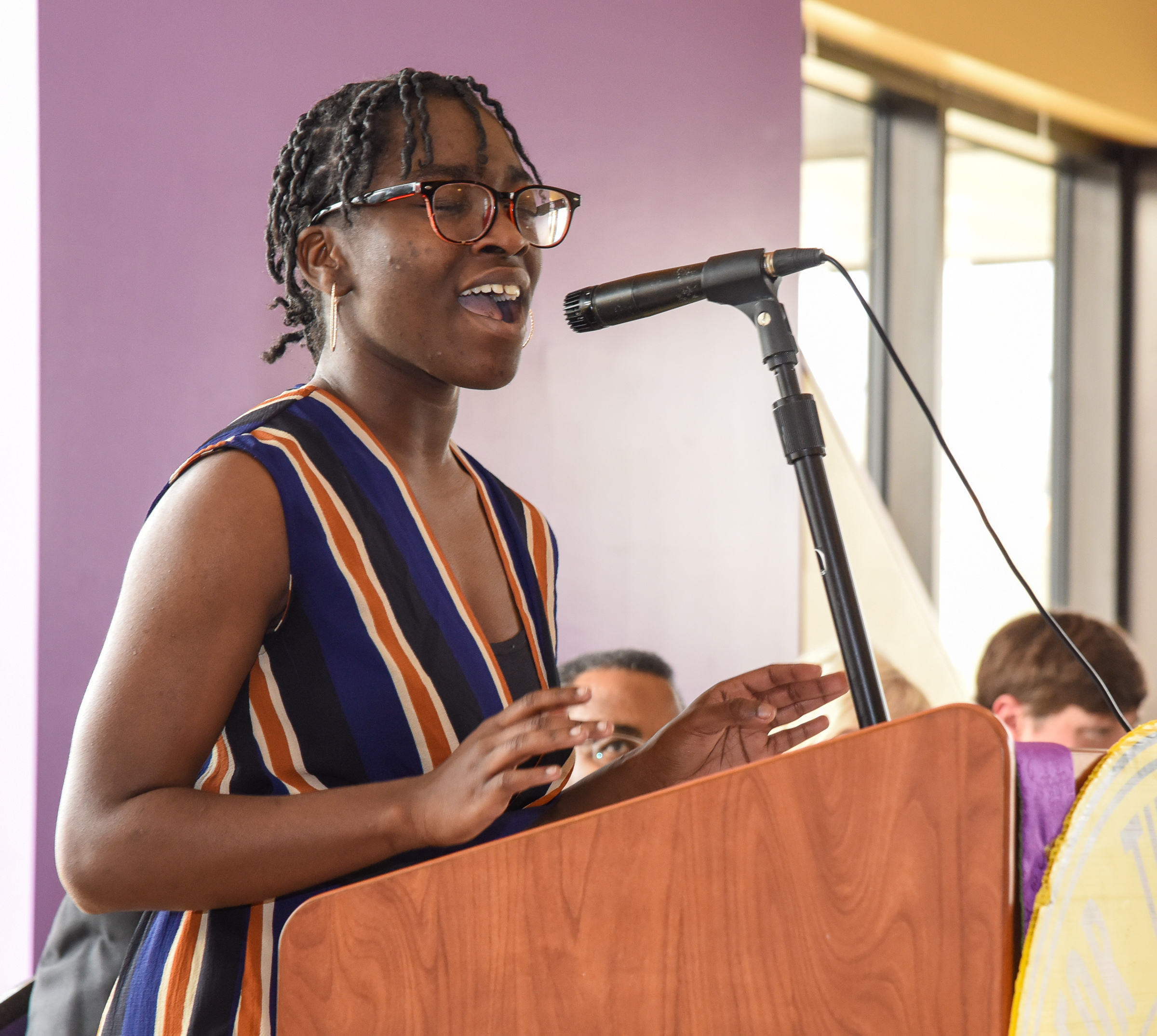 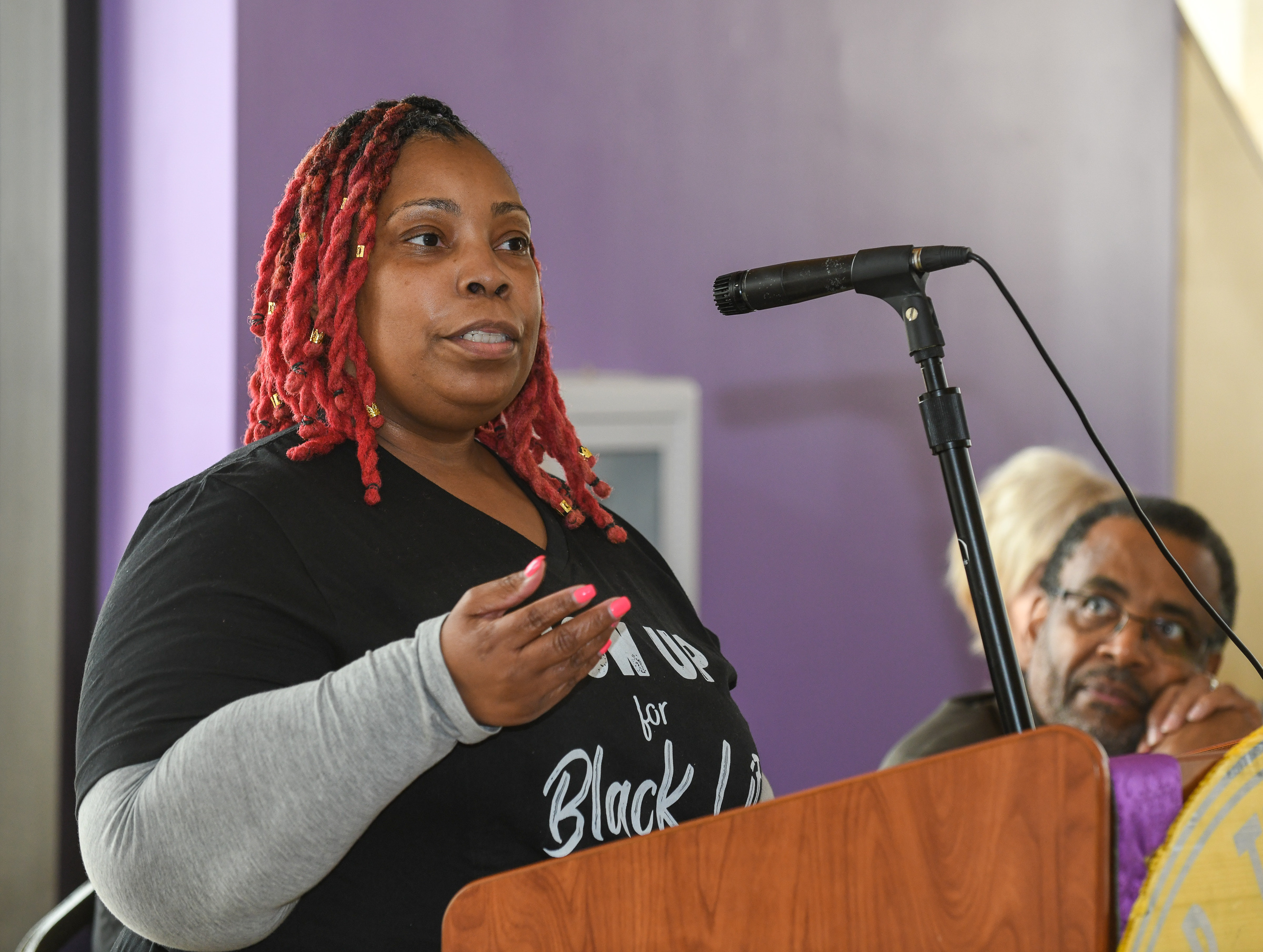