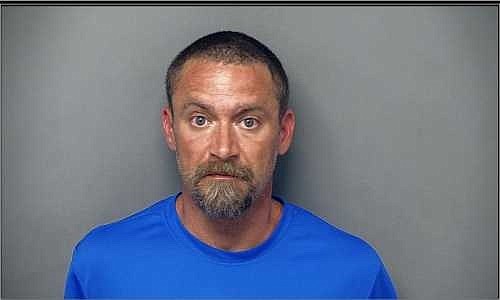 A Holts Summit man was arrested Monday for a narcotics violation after a traffic stop in Cole County.

According to a Cole County Sheriff's Department probable cause statement, the sheriff's office K9 unit conducted a traffic stop in the area of U.S. 50 and Missouri 179. The vehicle had reportedly been seen at a residence where members of the Mustang Drug Task Force were waiting to execute a search warrant.

The driver was identified as Sean Hoehn, 41, who deputies claimed had been seen at the residence in question, removing items from inside and putting them in his vehicle.

A deputy followed Hoehn and stopped him for allegedly making a lane violation.

As he was being pulled over, the deputy reported seeing Hoehn throw an object out of his vehicle. It was picked up, and authorities said it later contained what was found to be methamphetamine.

Hoehn was formally charged with felony possession of a controlled substance and misdemeanor charges of tampering with physical evidence and driving while revoked.