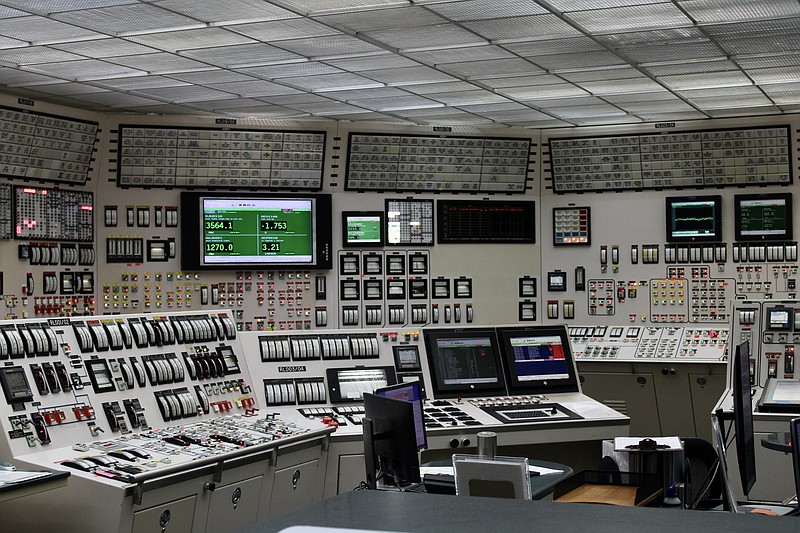 The plume of water vapor from Ameren Missouri's Callaway Energy Center can be seen from afar, but beneath that cloud is a complicated system manned by hundreds of employees.

Heidi Powers, a mechanical planner who has worked at the center in various roles over her three decades working there, said work at the facility runs in the family. Her husband also worked on-site prior to his retirement, and now their daughter, Stephanie, also works there as a chemistry technician.

Stephanie Powers said she did not initially plan on making a career at the facility: She started at State Technical College of Missouri's dentistry program. But after a tour of the facility, she said she started viewing the facility as a potential workplace and from there began training for work in the energy field.

She said she had worked as a technician with six different nuclear plants all over the country by the time she had graduated from State Tech. She said the opportunity to learn more about the field through the tour, plus the technical skills gained at State Tech and the benefits of taking part in the A + Scholarship program, put her on the path to working at the facility.

"I never really considered it as a career option, and my mom encouraged me to look into it," she said. "If you don't know what you want to do, like me, you can take a tour -- at this point with someone who works here and see if it might be for you."

There's still more learning to be done before being qualified for her work, with a two-year process to get her ready outside of the classroom under way.

Her mother said she had started there 32 years ago with security, eventually going through the journeyman program to become a mechanic before taking her current position, where she plans work packages for the site's mechanics. She said the opportunity for a good job and continuous training for different positions made for a great career opportunity.

"I actually saw an Ameren flyer in her school and realized we'd never really talked about it," Heidi Powers said. "When she went through here thinking of it as a place to work for herself, I think it changed her mind on it."

They aren't the only family to have multiple members working on site: Heidi Powers said there were numerous other family teams she knew at the facility, including some stretching three generations.

The energy center has been generating nuclear power for more than three decades. The site uses nuclear reactions to heat water and produces steam, which turns turbines that produce electricity, which is then exported to the grid.

Passersby far and wide can look up and see the plumes of evaporated water vapor from the process billowing into the air from the mouth of the facility's 553-foot tall cooling tower. That water is in turn replaced by water from the nearby Missouri River.

The center is the workplace of more than 1,000 Ameren employees, with many commuting there from Cole and Boone counties. The number of workers on the site balloons every 18 months during refueling periods, when fuel assemblies are replaced and crews come in for maintenance and upgrades. Those regular outages see hundreds of other Ameren employees temporarily activate in the community and provide a temporary boost to the local economy. The next refueling is set for the fall of 2023.

Not all of the large site's employees grew up in the shadow of the cooling tower's plume: Mike Larson, who normally works with the site's corrective action programs, watched over the facility's control room Monday as part of a regular proficiency watch rotation. Workers in different shifts get the task as a way to ensure they maintain awareness and knowledge of the plant's operations.

He said the control area sees plenty of communication with operators in the field and books-worth of protocols for different situations that might be encountered. The room monitors everything from the site's energy output to its thermal power. Other elements in the control room handle the steam generators and temperatures and monitor the reactivity of the equipment and the reactivity of the nuclear core between refueling periods.

Larson, originally from Illinois, said he earned an engineering degree at Missouri S&T in Rolla, eventually getting his start with Ameren after a career with the Navy. He worked his way through the Navy Nuclear Power School and served as an instructor for a while there before making his way to the Callaway facility. He said he had plenty of coworkers who had similar resumes, with employees from all over taking the same route to land in Mid-Missouri. He said the work is worth the extensive training and experience needed to get one's foot in the door.

"It's like you're going through rotations on a ship and these people become like family to you," he said. "You develop really close bonds here, and it becomes a great group of people to spend a lot of time with."

Deborah Farnsworth, senior director of nuclear plant support for the facility, said many of the site's workers were locals who had gone to college and returned to start their careers there.

"I think that getting people into this area is very helpful," she said. "They want to seek us first because they know it's a great place to work." 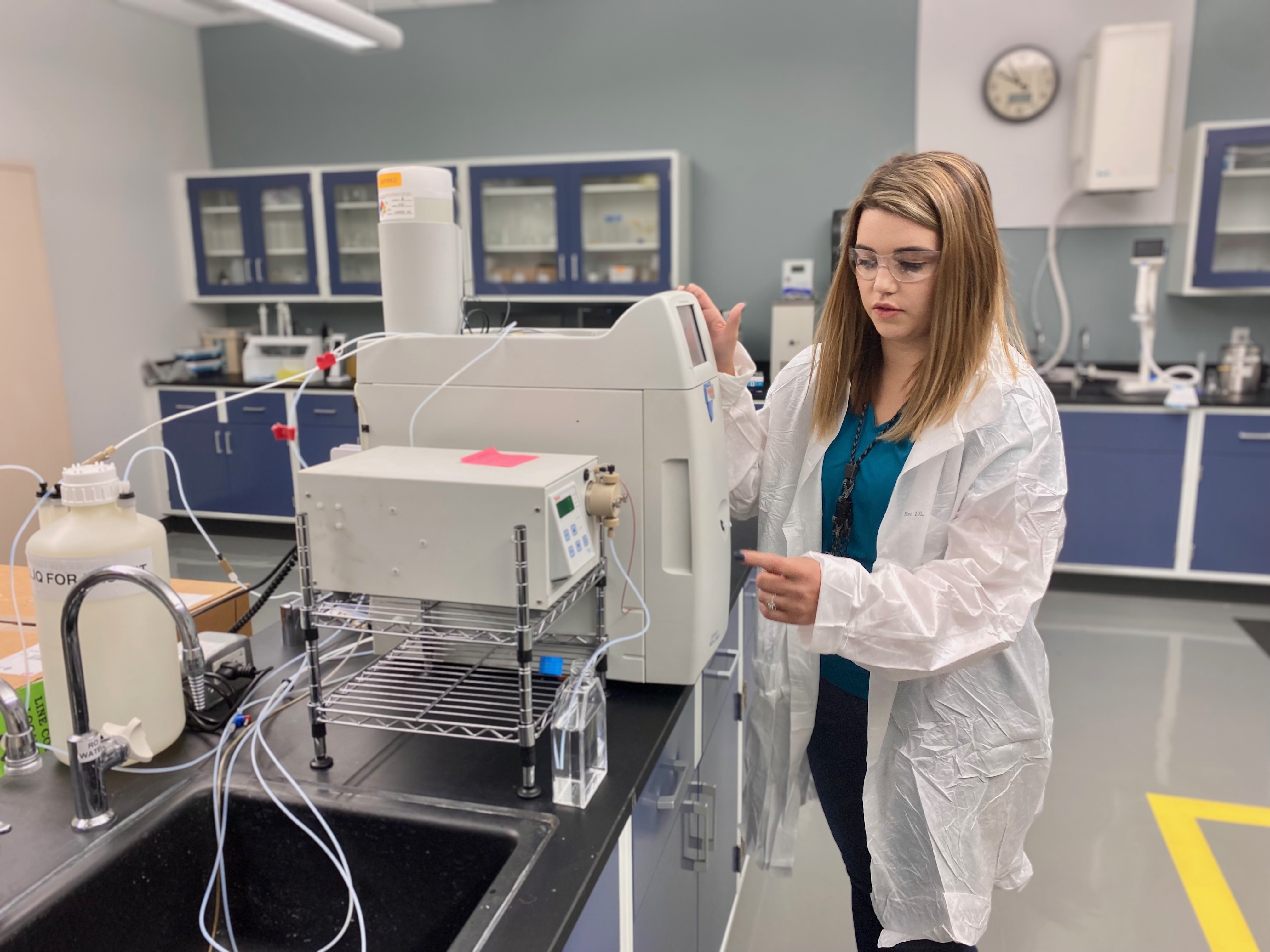 News Tribune/Cameron Gerber photo: Stephanie Powers checks equipment at the Callaway Energy Center. She is a graduate of the State Technical College of Missouri undergoing additional training at the facility. 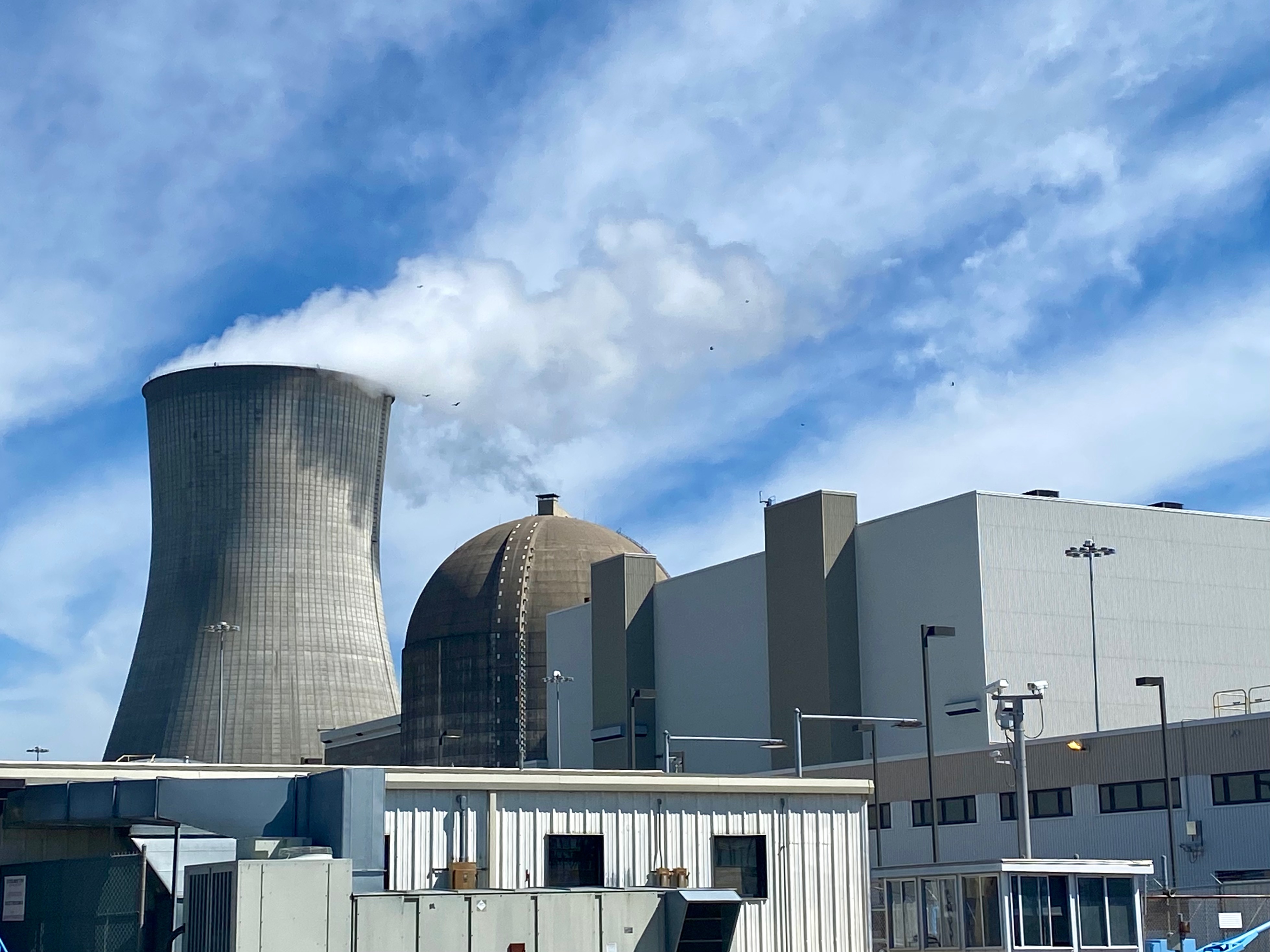