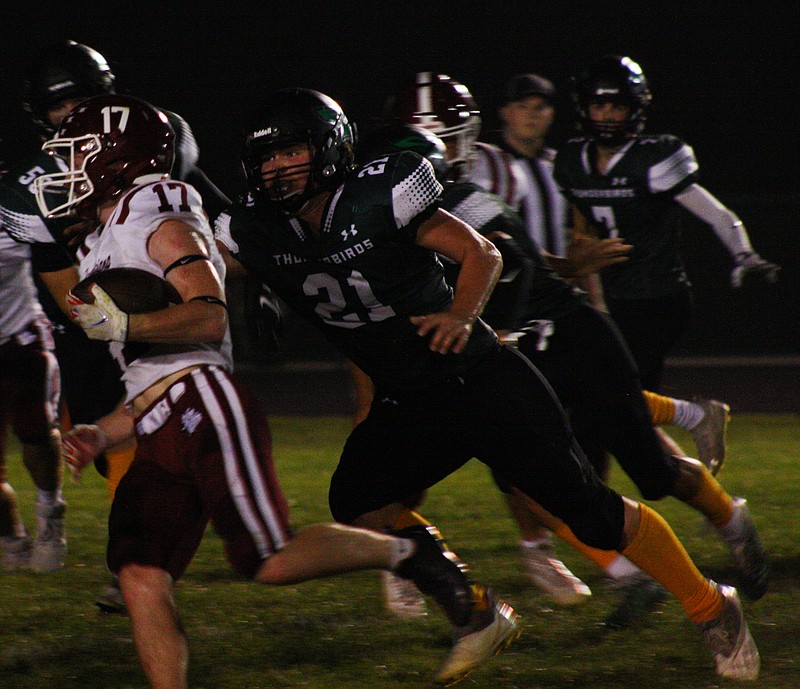 Coming off its first home win of the campaign, North Callaway will hit the road and take on Mark Twain Friday in Center.

One part of last week's win which was prominent in North Callaway's victory was its rushing attack.

"That stems from our offensive line up front, getting better with their blocking schemes," North Callaway coach Kevin O'Neal said. "And so we want to improve that running game, to help us set up the passing game whenever we need it."

Even though he didn't score, North Callaway's leading rusher -- Riley Humphrey -- ran for 114 yards on 16 carries. However, the Thunderbirds will have to rely on Wright as Humphrey picked up an injury and was carted off the field in last Friday's game.

Defensively, North Callaway held Louisiana to 104 yards and 48 passing yards while only allowing two touchdowns in last week's game. The Thunderbirds will focus on keeping it up against Mark Twain.

"They can run the ball and have a very good back with good speed, but they also throw the ball more than they have in the past," O'Neal said. "And so defensively we have to continue to stay assignment sound and continue to not give up the big play."

Against the Tigers' defense, North Callaway will have to focus on limiting turnovers. Last week, the Thunderbirds had just one fumble but they fumbled it four times in the first quarter in the game before that.

"Mark Twain is a very big team, they're big up front," O'Neal said. "We have to make sure that we don't turn the ball over. We take care of the football on offense and defensively, play assignment football and don't give up the big play."

Some of the Tigers' players that stand out to O'Neal are No. 3 on its team and three of the team's offensive/definensive linemen.

"(No. 3) plays safety and running back and a little bit of receiver," O'Neal said. "He's the guy they try to get the ball to offensively. An exceptionally good athlete with good speed. And then up front, they have the three defensive/offensive linemen that are large, that we're gonna have our hands full controlling on the line of scrimmage with."