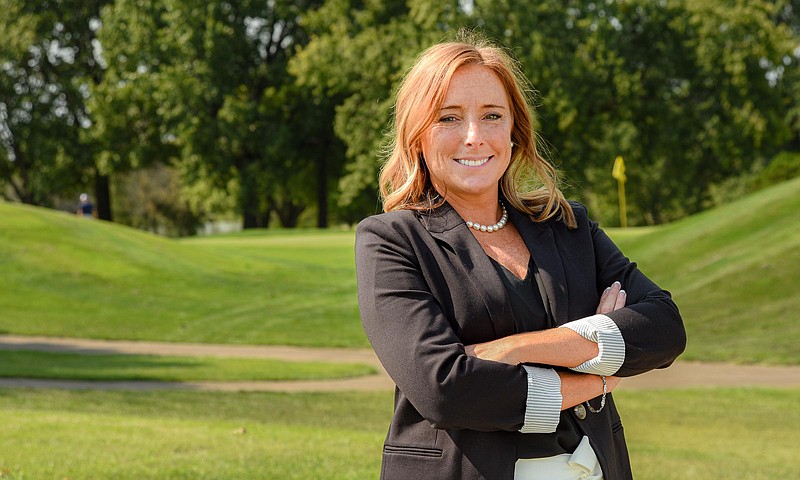 Julie Smith/News Tribune photo: Sadie Mudd poses at Meadow Lake Acres Country Club where she was recently named CEO of the club. Mudd started as a lifeguard over 20 years ago and has worked in a number of roles over the years.

Wearing a black blazer, pearl necklace and heels, Sadie Mudd glided through the clubhouse and golf course at Meadow Lake Acres Country Club at New Bloomfield with a smile on her face, greeting everyone she passed by name.

"Hi, Sadie!" the club members said cheerfully, smiling and waving as they rode past on their golf carts.

Mudd started working at Meadow Lake Acres as a lifeguard during her senior year of high school. Throughout college, she worked there as a waitress on nights and weekends while working toward an elementary education degree at William Woods University in Fulton.

Right after walking the stage at graduation, she was offered a full-time position as the bar manager. She knew it was an opportunity she couldn't turn down.

Mudd has spent her entire career -- about 20 years -- in a variety of roles there. She was named CEO in July, making her the first female CEO of Meadow Lake Acres Country Club.

"It feels pretty great," she said. "I've worked very hard for it -- a lot of nights and weekends; blood, sweat and tears."

Throughout her career, her favorite part has been interacting with all the club members.

"They're great," she said. "It's hard to sit in the office sometimes when you don't get to see them all the time, but I try to be very visible and walk around."

When she's not walking around interacting with the members, she spends her days meeting with people and committees, planning and executing events, and making sure everything runs smoothly day to day and during big events like golf tournaments.

"My daily goals are just to make sure we survive the day," she said. "We have an amazing team. We all get along really well for being such a small company."

Her biggest goal, she said, is to make sure the club continues to succeed.

"I've devoted a lot of time into making things great, as good as they possibly can be," she said.

And right now, the club is bustling.

The amount of golf rounds being played has recently gone up about 25 percent, she said.

"We've seen a huge influx in after-work play, which never really used to be a thing before," she said. "People come out and play like nine holes every day starting at like 4-5 p.m."

After a low point in the number of memberships in 2017, the staff implemented incentives and a new junior membership program to help get back on track.

When she's not working, Mudd can be found at her family farm in Fulton, fishing at the lake or hanging out with her 14-year-old dog, Waylon, who she has had since he was a puppy. 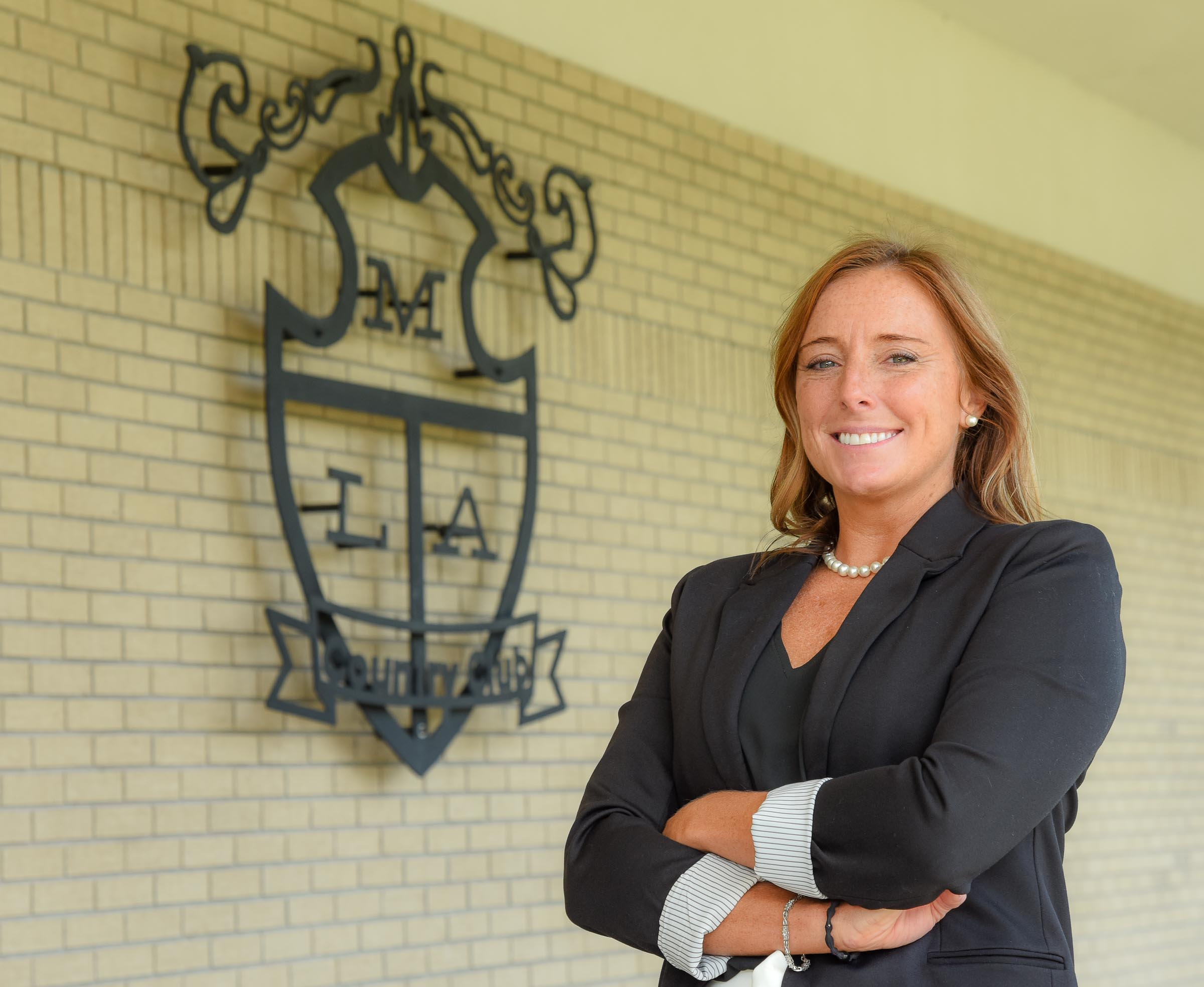 Julie Smith/News Tribune photo: Sadie Mudd poses at Meadow Lake Acres Country Club where she was recently named CEO of the club. Mudd started as a lifeguard over 20 years ago and has worked in a number of roles over the years.