Rough fish is too often overlooked as table fare 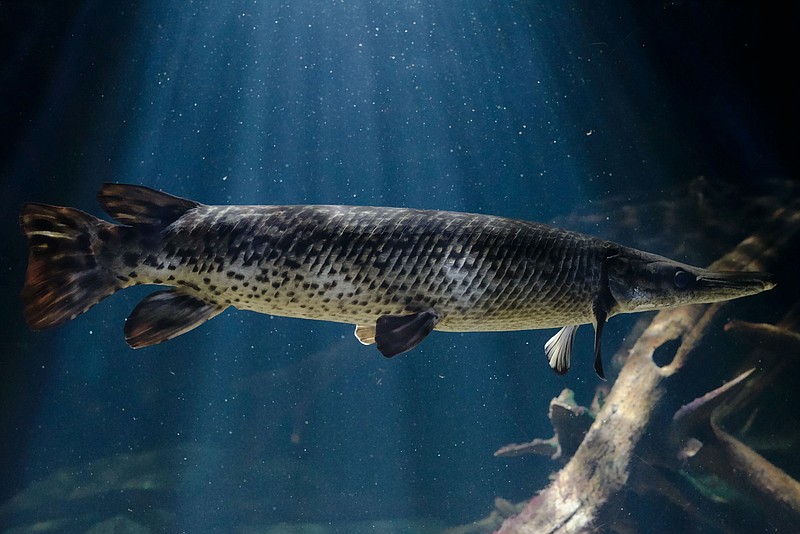 Carp, gar, bowfin, drum and a few other species are considered rough fish. Don't mistake these species as "trash fish."

As some mistakenly do. These fish are fun to catch on a rod and reel, and offer bow fishers an opportunity to stretch strings all year long.

Contrary to what many believe, rough fish can also make excellent table fare when prepared properly.

Rough fish have their place. They clean bottom debris.

Too many gars can hurt the population of game fish. As for Asian carp, they are completely undesirable and all need to go away.

Bow fishing is a popular method for taking rough fish, especially those difficult to catch on a hook. Many bow fishers discard the fish they shoot.

Some turn them into fertilizer. You don't hear of too many taking them home and processing the fish for food.

John Rittel is a community education assistant with the Missouri Department of Conservation (MDC). He's a fan of processing rough fish and eating them.

"I filet the fish and remove any red meat," Rittel said. "Gar, buffalo and drum don't have much red meat though. Common and grass carp do. Most of these fish, particularly our native rough fish, actually taste really good. However, most of them get a bad rap because their meat has some intricate Y bones that need to be removed. People don't know how to do that, so their filets end up being bony. I will show participants how to remove those bones so that they are left with excellent quality, large, boneless filets."

Rough fish have more bones than most popular table fare fish, but with a little extra preparation during cleaning and the right recipes. Removing the bones with a knife is an option, but so is scoring them.

Many who gig suckers will run filets through a machine that slices through the bones, making them so small they dissolve when frying.

"Gar have excellent flakey white meat with a mild flavor and firm texture," Rittel said. "Their drawback is their tough, armored skin. Most people don't know how to remove that skin, so they can't get through it to filet the fish."

There is more than one method for getting through and removing that tough hide. Using tin snips and pliers is a proven tactic.

Snip the skin then pull with pliers. Once the skin is removed, filleting gar is like filleting any other fish.

"Gar grilled in a foil pan of butter is hard to beat," Rittel said. "It's also good deep fried, too. Some people prefer to filet their gar and leave the tough skin on the filet. Then they grill it skin side down topped with butter and seasoning. The skin forms a bit of a dish that keeps the meat basting in the butter. The skin easily peels off though once the fish is done cooking. Buffalo filets and ribs are both very good fried, but we'll also grill some buffalo ribs. Buffalo have extremely large rib bones, much heavier than any other fish."

You usually get a lot of meat off rough fish because they grow so large. Buffalo in the 15- to 20-pound range and gar 3- to 4-feet long are common.

All can make good table fare when prepared well.

"I like to season most all of my fish with a Cajun type seasoning, however, these fish don't have a flavor that needs to be hidden," Rittel said. "Salt, pepper, and a bit of garlic powder will do just fine."

The next time you find yourself in possession of a rough fish, consider giving it a chance at the dinner table. Experiment with different ways of cooking the meat, and chances are you'll find a way to make it tasty.

See you down the trail...