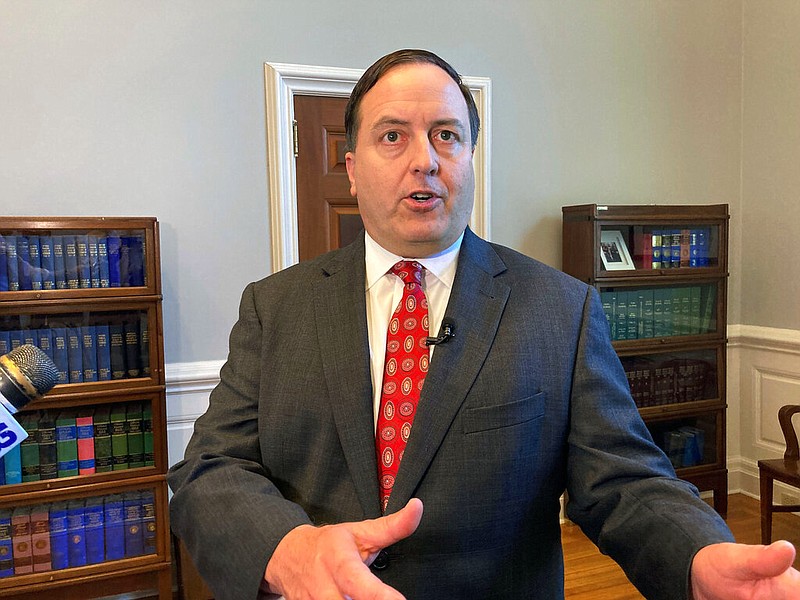 Missouri Secretary of State Jay Ashcroft has lined up behind a U.S. Supreme Court case legal experts say could radically reshape how federal elections are conducted by handing more power to state legislatures and blocking state courts from intervening.

Ashcroft announced last week his office had filed an amicus brief in support of Republicans in North Carolina who are asking the nation's highest court to restore a congressional map that was rejected as a partisan gerrymander by that state's Supreme Court.

The North Carolina Republicans argue the state court had no authority to throw out the map under the so-called independent state legislature doctrine.

"Secretary Ashcroft is the first elected official to file an amicus brief in the US Supreme Court in support of state legislatures in historic elections case," the Missouri Secretary of State's Office tweeted last week.

The independent state legislature doctrine would give state lawmakers the power to set election rules and draw congressional maps without any review by state courts.

Some legal experts contend the doctrine could also be interpreted as allowing a legislature to refuse to certify the results of a pres­id­en­tial elec­tion and instead select its own slate of elect­ors.

A version of the theory was pushed in 2020 by allies of then-President Donald Trump in their effort to toss out election results in swing states won by Joe Biden and have electors appointed by Trump-friendly legislators.

The North Carolina case concerns the U.S. Constitution's Elections Clause, which says: "The times, places and manner of holding elections for senators and representatives, shall be prescribed in each state by the legislature thereof."

In his amicus brief, Ashcroft argues that interpretation of the Elections Clause would not "leave individuals affected by redistricting without a remedy to complain about all kinds of map drawing."

Courts would still have a role, Ashcroft's brief argues, in certain areas such as "one-person, one-vote and racial gerrymandering."

Henry Chambers Jr., a professor at the University of Richmond School of Law, wrote last month that if the U.S. Supreme Court adopts the independent state legislature doctrine, it would "leave partisan gerrymandering unregulated."

Carolyn Shapiro, a professor at the Chicago-Kent College of Law, panned the doctrine in a March interview with Spotlight PA, noting that because state legislatures are created by a state constitution, they are also limited by the state constitution.

"The notion," she said, "that (lawmakers) are freestanding entities to do anything they want in this context is inconsistent with constitutional democracy."

In 2019, the court ruled federal courts cannot review claims of partisan gerrymandering. Writing for the five conservative justices in the majority opinion, Chief Justice John Roberts said state courts could continue to hear such cases -- including in the context of congressional redistricting.

In 2015, the court upheld the right of Arizona voters to make the process of drawing congressional district lines less partisan by creating an independent redistricting commission.

Since the 2019 case, the conservative bloc on the court has grown with the addition of Justice Amy Coney Barrett. And four other conservative justices -- Samuel Alito, Neil Gorsuch, Brett Kavanaugh and Clarence Thomas -- have hinted at possible support for the arguments behind the doctrine.