The candidates for Missouri's 3rd Congressional District disagree on a lot, including two of the most hotly debated issues in the country: abortion and gun rights.

The News Tribune posed questions on both topics at its Oct. 18 forum for the candidates. Democratic challenger Bethany Mann participated in the forum, but Republican incumbent Blaine Luetkemeyer declined the morning of due to conflicting campaign events elsewhere in the district.

The Luektemeyer campaign did not respond to repeated interview requests to follow up. His comments in the story come from his state views on his website and in his newsletters.

Mann, a Brentwood agricultural scientist, and Luetkemeyer, a St. Elizabeth native who was first elected to Congress in 2009, are competing for one of Missouri's eight U.S. congressional districts -- six of which are currently represented by Republicans while Democrats represent the St. Louis and Kansas City areas.

The election is Tuesday, Nov. 8. U.S. representatives serve two-year terms with an annual salary of approximately $174,000.

Minutes after the ruling, Missouri's governor and attorney general enacted the state's trigger law ban, passed in 2019, outlawing the practice throughout the state. The law doesn't provide exceptions for rape or incest, only to save the life of a pregnant person.

In a statement after the Supreme Court's ruling this summer, Luetkemeyer said the nation's high court tried to legislate through Roe v. Wade.

"In the decades that followed, that misguided decision took the lives of millions of innocent babies. This morning's decision restores the constitutional rights of our citizens and the legislative process," he said. "More importantly, it will protect millions of children from having their lives ended before they can live the life God intended."

"Today is a great day, not just for pro-life Americans, but for everyone who believes in the rights of the innocent, the protection of the vulnerable and the miracle of life," he added.

"In a state where we have very high maternal mortality rates, people need more access to healthcare and not less," she said.

Missouri's pregnancy-related mortality ratio is 25.2 deaths per 100,000 births, according to the 2022 state annual report looking at deaths from 2017-19. An average of 61 Missouri women died while pregnant or within one year of pregnancy, the study found. World Population Review gives Missouri the seventh-highest maternal mortality rate in the country with a rate of 34.6 per 100,000.

"When I'm driving around in the district I could be hours from a trauma hospital that even has an OBGYN or a doctor, so that makes just being a pregnant woman really difficult in this state," Mann said.

Defending the unborn is a top priority for Luetkemeyer, according to his campaign website.

As a congressman, he's supported pro-life causes and legislation to prevent taxpayer funding for abortion providers.

In September, Luetkemeyer was one of three Missouri representatives to co-sponsor a nationwide 15-week abortion ban through a bill introduced by Rep. Christopher Smith, a New Jersey Republican. The bill has 100 co-sponsors, all Republican.

Mann said the abortion debate is the result of "a political movement that was coordinated by the anti-labor movement" to divide people.

She said she trusts women to make healthcare and abortion decisions with their doctors, noting that doctors are already regulated by governmental bodies to prevent malpractice.

"I really don't think that we need additional levels of restriction when it comes to people's healthcare, especially their private healthcare," she said.

Luetkemeyer's website states he supports organizations that provide women alternative options when they cannot care for a child "to ensure their child receives love, support and care."

"As your representative in Congress, I continue fighting to end the cruelty of abortion and stand up for the unborn by advocating for strong pro-life policies," his website states.

She said she also supports taxing the sale of firearms to generate government revenue, requiring insurance riders on the sale of certain weapons, background checks, extending wait times on the sale of high-capacity weapons and an assault weapons ban.

"I think if you have to make three shots at anything out in the woods, you don't deserve to be out there shooting anything," she said.

Luetkemeyer's website states he took an oath to defend the Constitution when he was sworn-in as a representative.

"Very simply, I am a lifelong gun enthusiast and strong supporter of the Second Amendment, as this right is essential to our liberty," he said.

Last month, Luetkemeyer signed on to a letter 160 House Republicans sent to leaders of congressional armed services committees urging complete removal of "red flag" provisions in federal legislation. Red flag laws are an emerging approach to gun violence that permits police to temporarily remove firearms from a person they believe presents a danger to others or themselves.

"The right to bear arms is such an integral part of our nation's framework that our Founding Fathers found it necessary to make it the Second Amendment of the United States Constitution," Luetkemeyer said. "Having the ability to protect your property, your family and yourself is a fundamentally American right that I firmly believe in, and I will continue to be a strong defender of the Second Amendment in Congress."

A constituent newsletter from July 31, 2020, focused entirely on the Second Amendment.

The congressman referenced Mark and Patricia McCloskey, who made headlines in 2020 for waving a rifle and pistol at Black Lives Matter protesters who marched near their front lawn in St. Louis.

"Feeling extremely threatened and unsafe on their own private property, the McCloskeys were well within their rights to bear arms to protect themselves," Luetkemeyer wrote in the constituent newsletter. "Our state's Castle Doctrine and Stand Your Ground Law both explicitly give Missourians the right to defend themselves and their property." 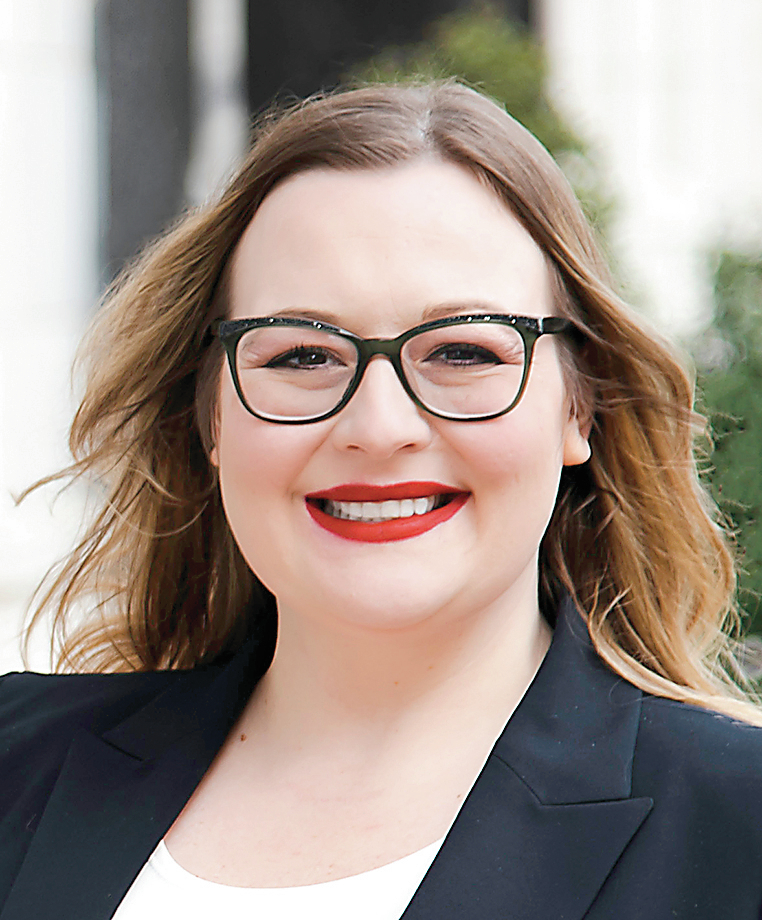 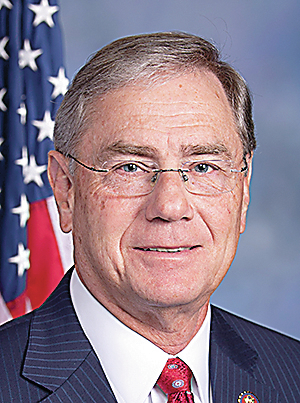