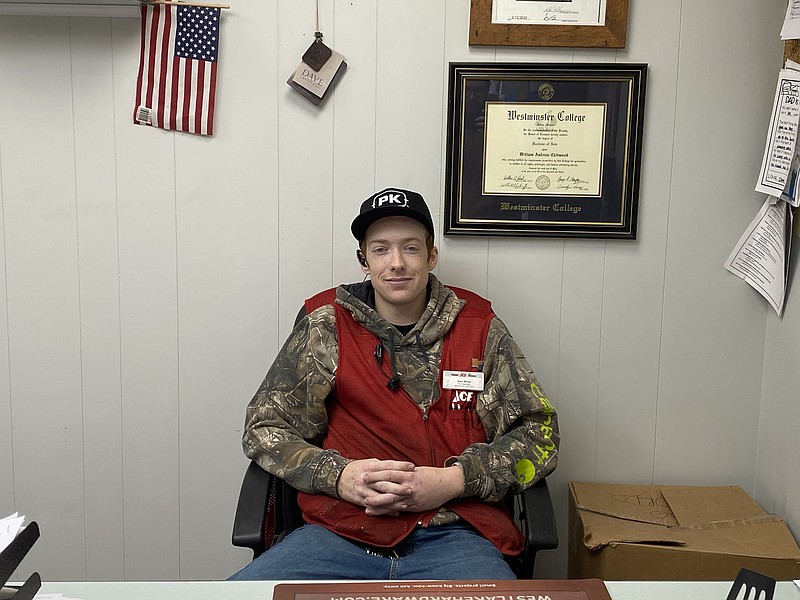 Anakin Bush/Fulton Sun photo: Sam White sits in the office of Westlake Ace Hardware in Fulton, where he works. He was diagnosed with FSGS in 2019.

For 21-year-old Sam White, his life was changed forever when he was diagnosed with FSGS.

White, who lives in Montgomery City, commutes to Fulton to work at Westlake Ace Hardware. He was diagnosed with FSGS (focal segmental glomerulosclerosis) when he was 17 after taking a military exam during the enlistment process.

White described FSGS as his immune system attacking his kidneys, resulting in them not working properly anymore.

From Jan. 2019 to Dec. 2020, White said everything was going fine. Then his kidneys suddenly stopped working, and he ended up on dialysis.

White has been on dialysis since Dec. 2020. He goes every Monday, Wednesday and Friday from 6-10 a.m. for treatment.

He said dialysis does not really bother him, but it is difficult to limit his fluid intakes. Since White's kidneys don't function, he does not have any urine output. Anything he drinks will remain in his body until his next dialysis treatment. White said he can only drink about 32 ounces of fluid per day.

"And that's hard," White said. "That's the thing that frustrates me the most. And once I get a new kidney transplant, I won't have to worry about that anymore. I'll be able to drink as much water and stuff as I want."

For White, getting a kidney transplant would change everything. He is currently on a waiting list at KU Hospital in Kansas City and Barnes-Jewish Hospital in St. Louis.

"But in my opinion, it's all worth it," White said.

He has made a couple of Facebook videos in an attempt to find a living kidney donor, although he has not found one yet.

Throughout this whole process, White said one of the things that helped him stay hopeful was his faith in God.

"I have faith that he is going to provide for me," White said.

He said that sometimes he does get frustrated at dialysis, but he knows it is only temporary.

"I'm young, and I know for a fact that someday I will get a kidney transplant," White said. "It's just a matter of when, not if."