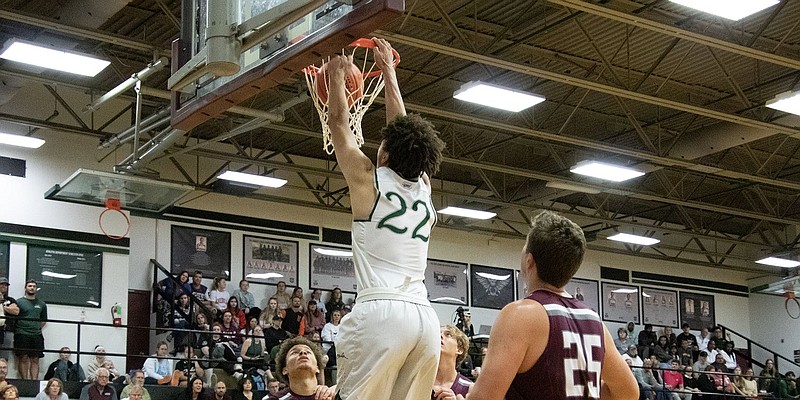 William Woods men's basketball team held on for a second road win in as many days Sunday in Forest City, Iowa. The 84-82 win over Valley City State notched the program's 200th win since its inception in 2007.

The Owls move to 3-4 after grabbing back-to-back road wins at the Waldorf Cobblestone Inn & Suites Classic.

The lead changed three times over the remaining time, and VCSU held a two-point lead going into the half, 37-25.

VCSU held the lead for the majority of the first seven minutes of the second half.

Nathan Schwartze followed with a 3 to give the Owls a five-point lead with 5:32 to play.

Two free throws from Peters put the Owls up by eight with 2:41 to go, but VCSU cut the game to three with just under two minutes on the clock, 78-75.

The Owls pushed the lead back to five three times. With 16 seconds on the clock, Schwartze drained two free throws to hold an 84-79 lead.

VCSU hit a 3 with seven seconds on the clock to bring the game within two. An Owls' turnover immediately following gave VCSU the chance to win it at the buzzer but the last-ditch attempt fell way short, ending with an Owls' 84-82 win.

The Owls recorded the program's 200th win. ....The Owls shot 80.8 percent from the foul line (21-26). ...Darius Yohe and Peters each recorded a floor-high 21 points. The two combined for half the team's points. Peters went 8-11 from the field. ...Robinson added 16 points to the win. ...Yohe pulled down a floor-high 12 boards. Schwartze also scored 12 points. ...Yohe recorded five blocks. ...Robinson dished in a team-high four assists.