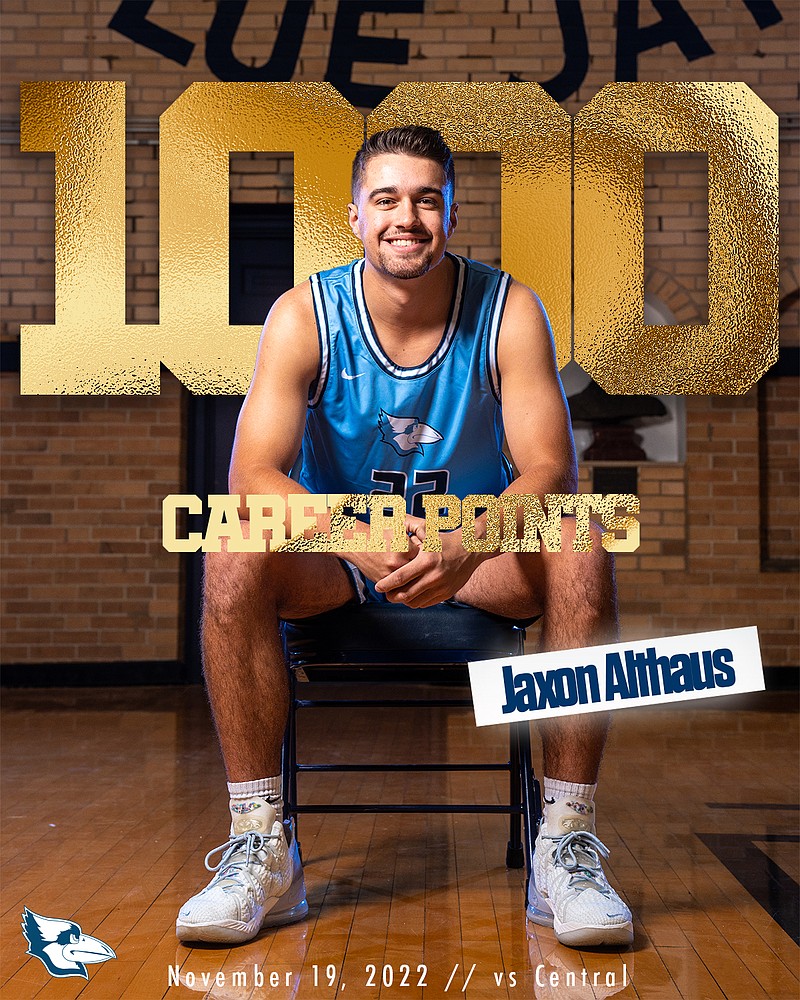 Westminster College men's basketball was back in action on Saturday in St. Louis for Day 2 of the 2022 Webster Classic taking on the Central College Dutch. Westminster was looking to bounce back after losing to DePauw Friday night and pick up its first win of the season. The Dutch looked to extend its winning streak to three games after taking down Webster on Friday. Central controlled the game from start to finish winning 72-59 to improve to 3-2 on the season. The Blue Jays fall to 9-4 on the young season, having played some very quality opponents.

The game was tight for the first five minutes, with the Jays having their only lead of the game at 6-4. The Dutch went on a 15-0 run with three straight 3-pointers to take a 19-6 lead. That 13-point lead held on for the rest of the half as the two teams traded baskets back and forth. Central led Westminster 33-20 at halftime.

The Dutch started the second half on a 12-2 run to extend their lead to 45-22. From there the Blue Jays worked on chopping down the lead to nine points with 8:23 left to play after a three from Brennan Jeffries cut it to 54-45. The Dutch pulled away again and won the game 72-59.

The Jays were led by Tre Kemkper who came in off the bench but ended up playing 26 minutes, scoring a team-high 22 points and going 5-5 from the free-throw line. He is shooting an outstanding 93% from the line so far this season. Althaus had 12 points and seven rebounds. Ben Eberlin scored 14 points, including two 3-pointers.

Westminster will be back in action after the Thanksgiving Break when they take on cross-town rival William Woods at 7 p.m. on Nov. 28 from Anderson Arean in Fulton. That game will support Toys for Tots; monitor both Westminster Athletics and William Woods' social media channels to find out more information on how to support that noble cause.