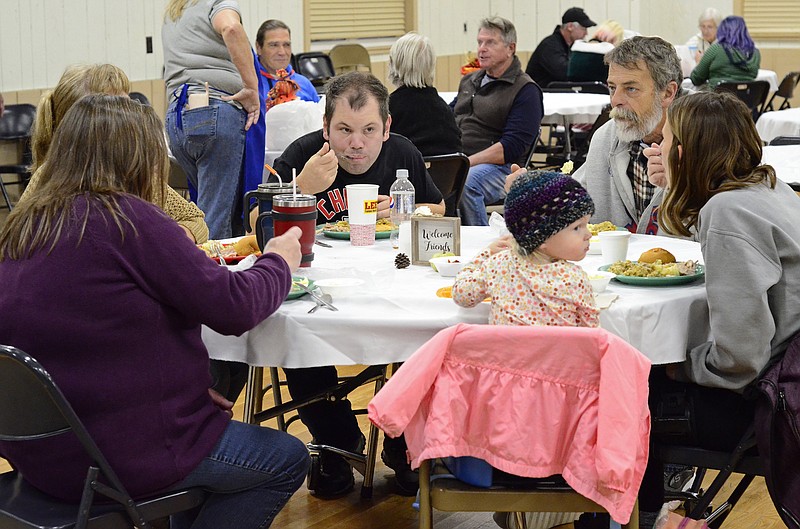 Feeding 425 people at once is no easy task -- at least according to Darrell Brauner, who, along with Mary Steck, runs the Holts Summit Soup Kitchen.

But Thursday's pre-Thanksgiving meal, hosted each year by the soup kitchen, came off easier than it could have thanks to an unexpected windfall this year.

With everything costing more thanks to the struggling economy, and with the soup kitchen relying heavily on donations, State Farm agent Lori Branch came up big a few months ago.

Back in June, Branch -- who's been a State Farm agent for 33 years, serving Holts Summit for 27 of them -- donated a $5,000 award she won from State Farm to the soup kitchen.

According to Branch, who helped serve food during the meal, the money helped the soup kitchen buy new equipment.

But Branch's donation wasn't the only thing making the event easier this time around, as the soup kitchen got the help of, among others, a church, a bank, a nonprofit organization and even kids.

"Normally it's about seven ladies that come from our church and they help Mary do the cooking," Brauner said of the kitchen's normal days of service on Tuesdays and Thursdays.

But Thanksgiving is no ordinary day, and it took a community effort to put this meal together.

For Brauner and Steck, feeding that many people in one night is not new.

"Mary and I have been doing this right at 15 years now, so we're kind of used to it," Brauner said.

Each year, one week before Thanksgiving, the soup kitchen hosts a pre-Thanksgiving meal to help feed those in need. With the number of mouths to feed increasing each year, however -- from 200 in 2020, to 300 in 2021, to approximately 425 this time around -- help remains indispensable.

During the meal, turkey was served, along with stuffing, mashed potatoes and gravy, green bean casserole, rolls and desserts, with additions of sweet potatoes and deviled eggs for those who dined in.

One of the diners, Leonard Champlain, has been coming to the soup kitchen since May -- mostly due to job-related difficulties.

"Right now with my job and everything ... I just live paycheck to paycheck, barely scraping by," Champlain said.

He added the soup kitchen has been helpful in the face of current economic conditions.

"It helps," Champlain said. "When you don't have money to go buy the groceries and everything, with the price of the groceries -- with the way they do it here, it helps out a lot more."

During the meal, many community members lent a helping hand, including some children.

"We've got some kids around here," Brauner said. "Some of them are eating, some of them are actually helping, and that's a neat idea. I bring my granddaughters up here every once in a while and they have a blast." 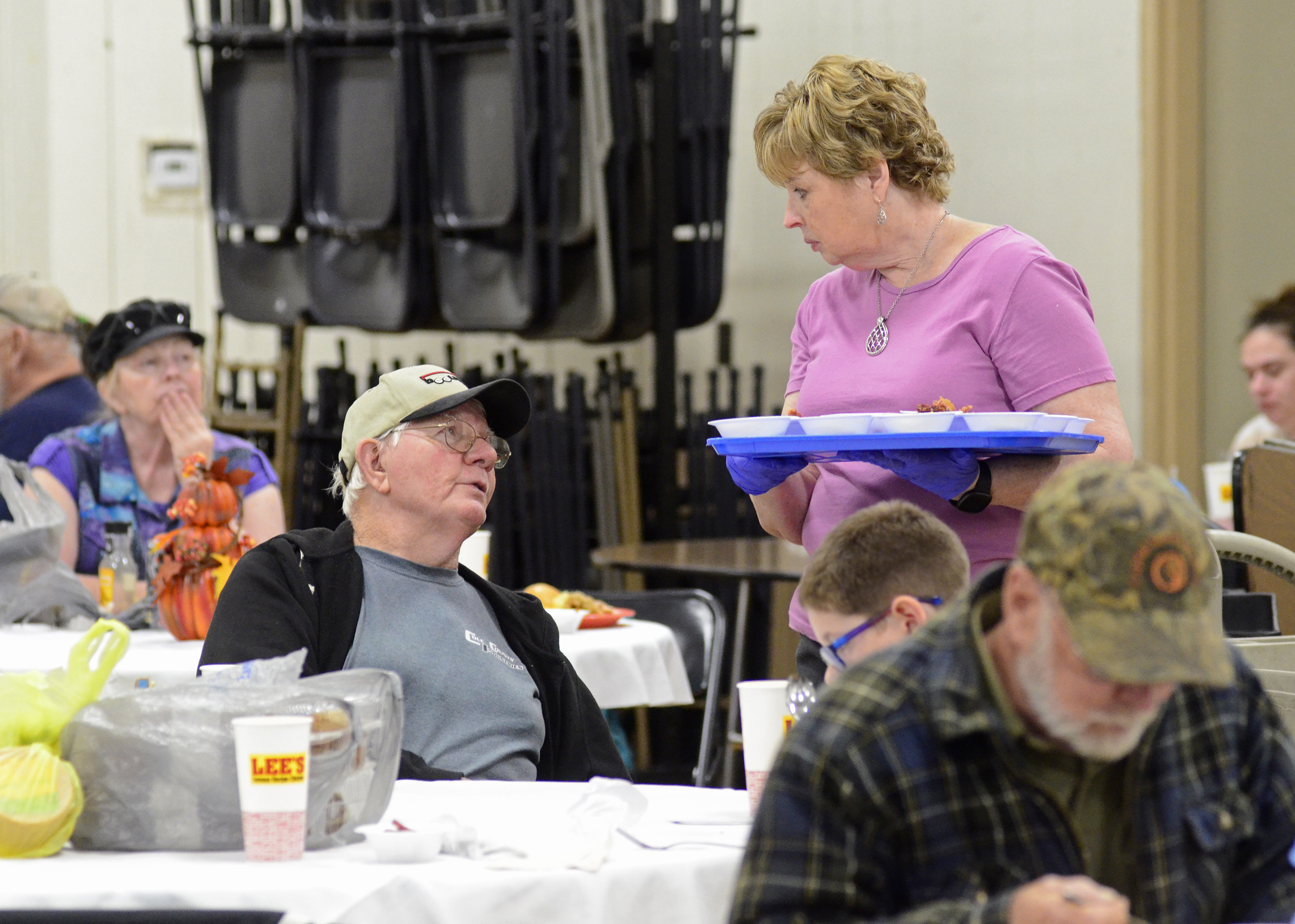 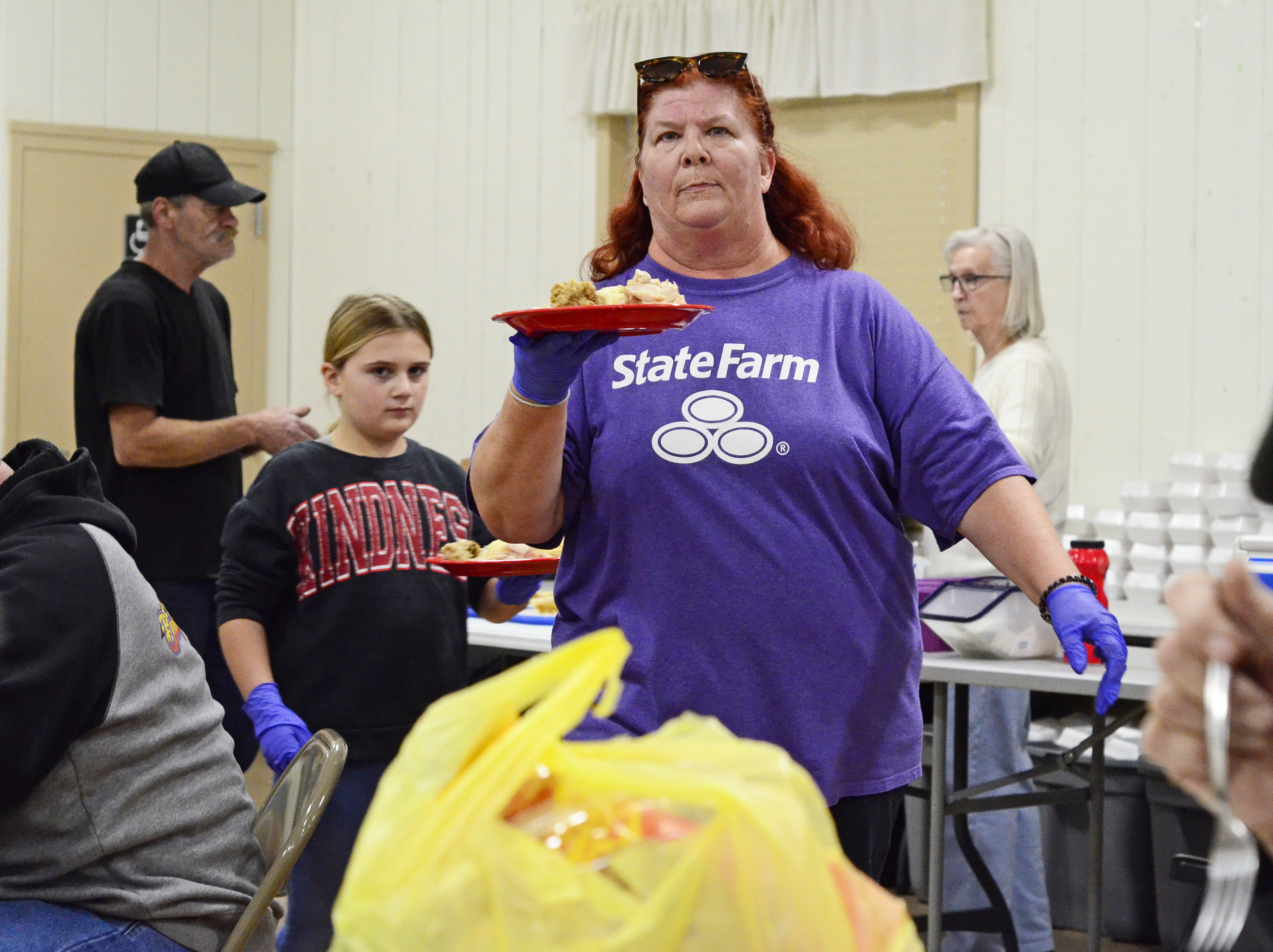 Eileen Wisniowicz/News Tribune photo: Katie Brummel, right, and Brooklyn Raithel, 9, serve food to guests at the Thanksgiving meal hosted by the Holts Summit soup kitchen on Thursday, Nov. 17, 2022. Brummel said that she feels it's important to help out and give back to the community when she can. 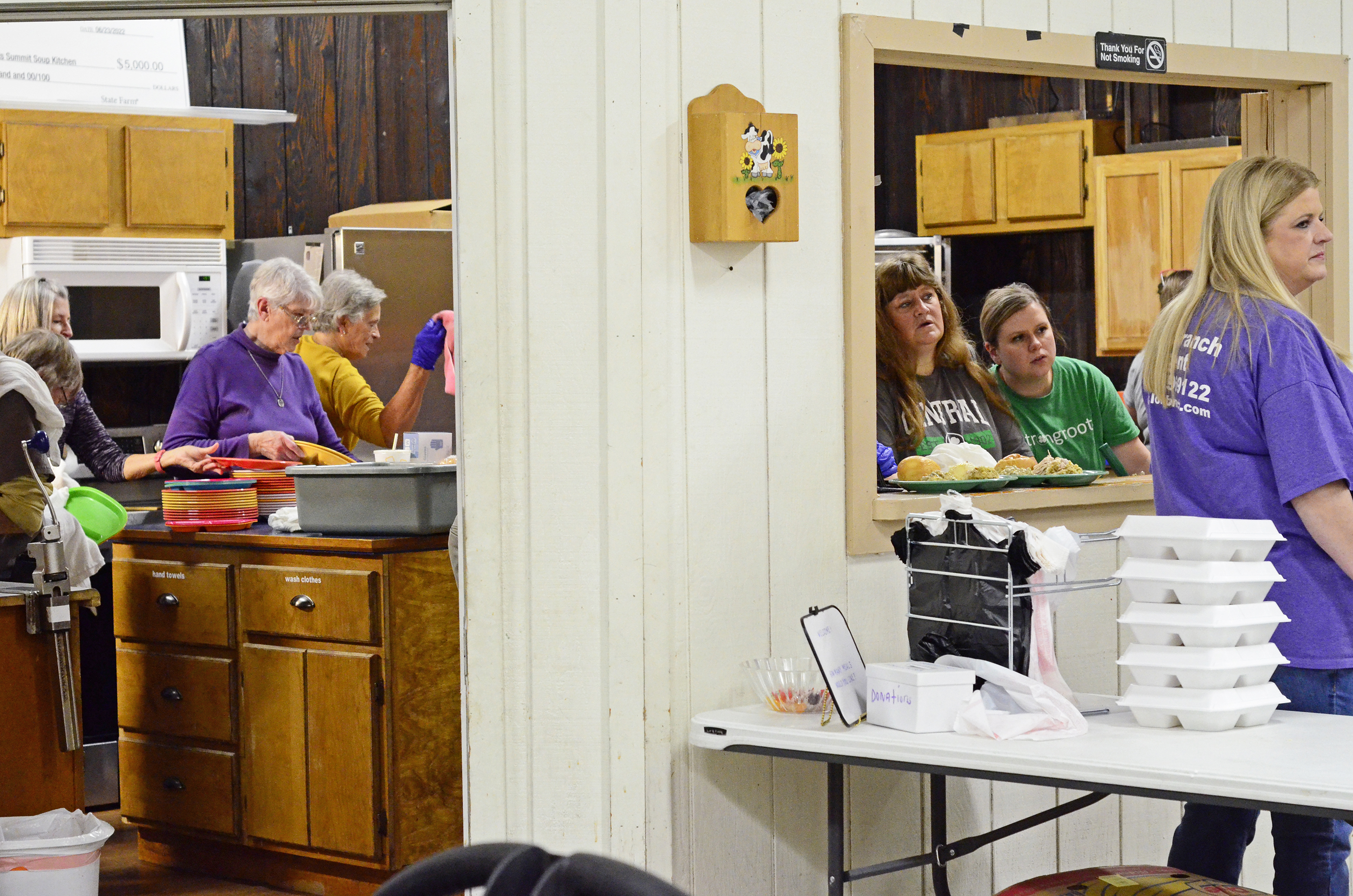 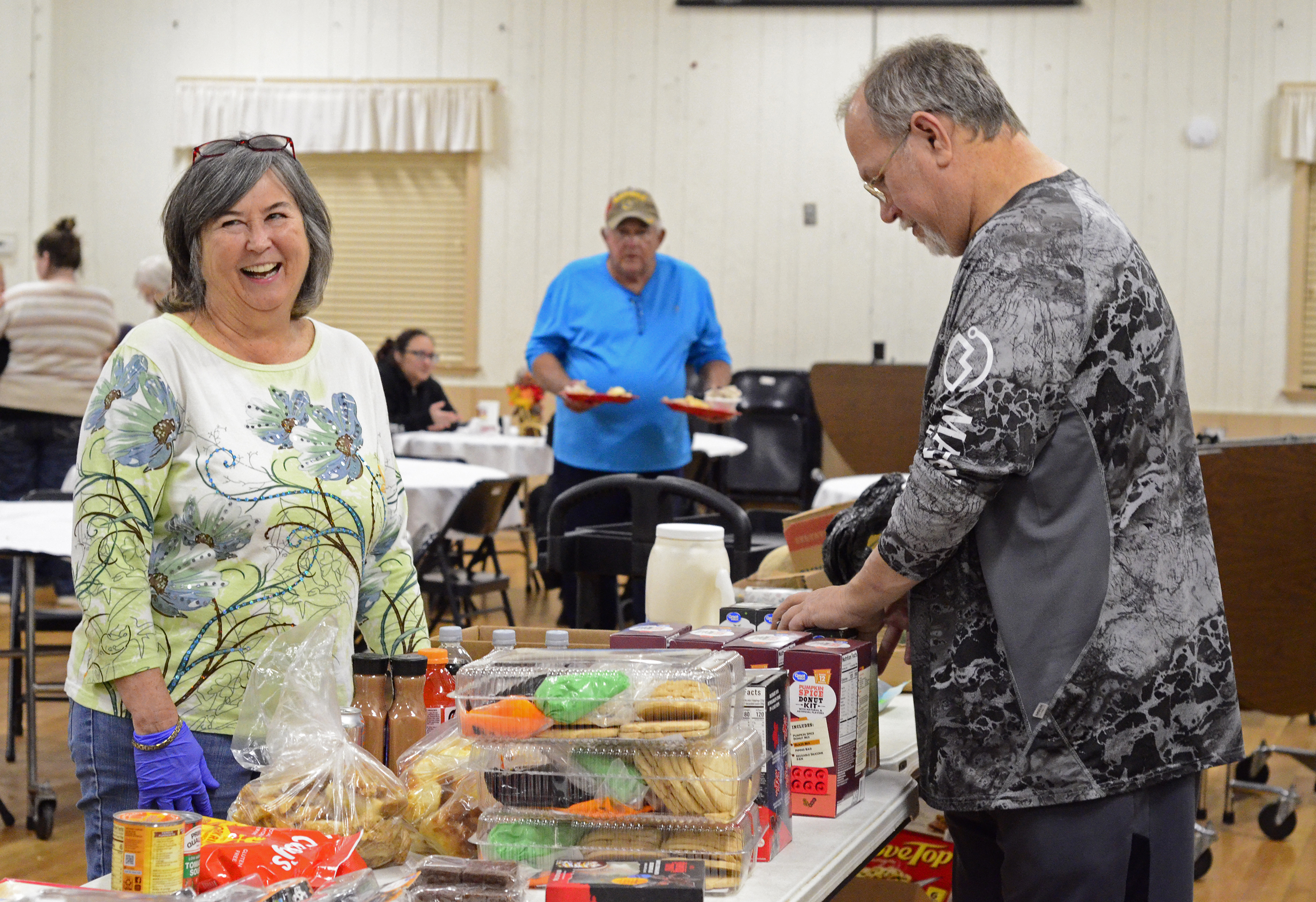 Eileen Wisniowicz/News Tribune photo: Debbie Niederhelm laughs with Darrell Brauner during the Thanksgiving dinner hosted by the Holts Summit soup kitchen on Thursday, Nov. 17, 2022. Brauner has been running the soup kitchen for 15 years and said he has seen an increase in people coming to the kitchen over the past few years.