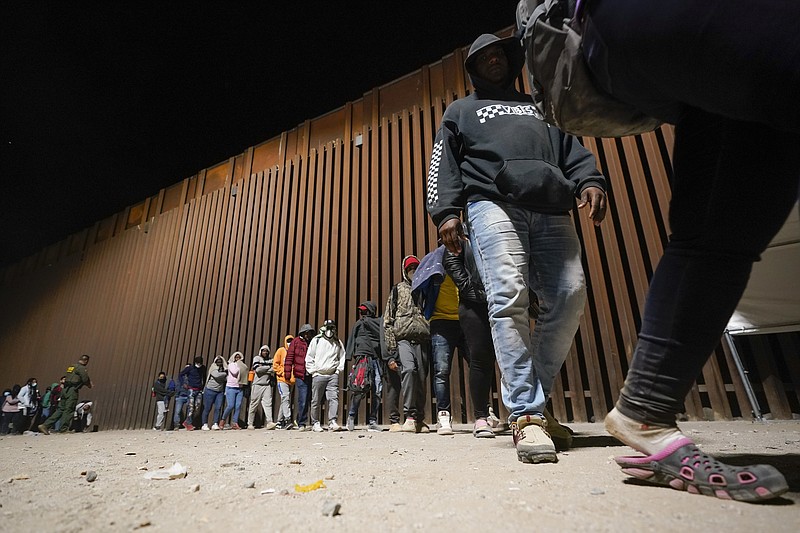 A group of migrants, mostly from Cuba, line up to board a bus after crossing the border from Mexico and surrendering to authorities to apply for asylum on Thursday, Nov. 3, 2022, near Yuma, Arizona. (AP Photo/Gregory Bull)

SAN DIEGO (AP) -- U.S. authorities stopped migrants more than 230,000 times on the Mexican border in October, the third-highest month of Joe Biden's presidency amid growing numbers from Cuba, Nicaragua, Colombia and other countries.

Fewer Venezuelans came after the Biden administration introduced new asylum restrictions on Oct. 12, but increasing arrivals from other countries more than offset that decline, according to figures released late Monday.

Authorities stopped migrants 230,678 times last month, up 1.4 percent from 227,547 in September and the highest since May, U.S. Customs and Border Protection said.

Cubans replaced Venezuelans as the second-largest nationality after Mexicans, extending the biggest flight from the Caribbean island to the United States since the Mariel boatlift in 1980.

Cubans were stopped 28,848 times, up 10 percent from September. Their presence is a major concern for U.S. officials, who arrived in Havana on Monday for talks with Cuban officials on migration.

Venezuelans were the third-largest nationality as flows diminished after Oct. 12, when Mexico began accepting Venezuelans who enter the U.S. illegally and are expelled under a Trump-era rule that denies rights to seek asylum on grounds of preventing spread of COVID-19. CBP said Venezuelan arrivals fell to about 300 a day by the end of October from about 1,100 before the new restrictions.

Nicaraguans were the fourth-largest nationality, closely behind Venezuelans. They were stopped 20,917 times, up 15 percent from September.

The numbers were released two days after the forced resignation of Chris Magnus as commissioner of the largest law enforcement agency in the United States. The former Tucson, Arizona, police chief had been on the job less than a year.

"Encounters of Cuban and Nicaraguan asylum seekers fleeing their authoritarian regimes continues to be at an historic high," said Troy Miller, acting CBP commissioner. "This reflects the challenge that is gripping the hemisphere, as displaced populations flee authoritarianism, corruption, violence, and poverty."

There were fewer migrants from Guatemalan and Honduras -- countries that have historically sent large numbers -- but more came from other parts of the world.

Nearly 80,000 migrants were expelled in October under the pandemic-related asylum ban known as Title 42, bringing total expulsions to more than 2.4 million since March 2000. The rule has been applied most heavily on nationalities that Mexico accepts. Aside from Mexicans, Mexico admits Guatemalans, Hondurans, El Salvadorans and, most recently, Venezuelans. 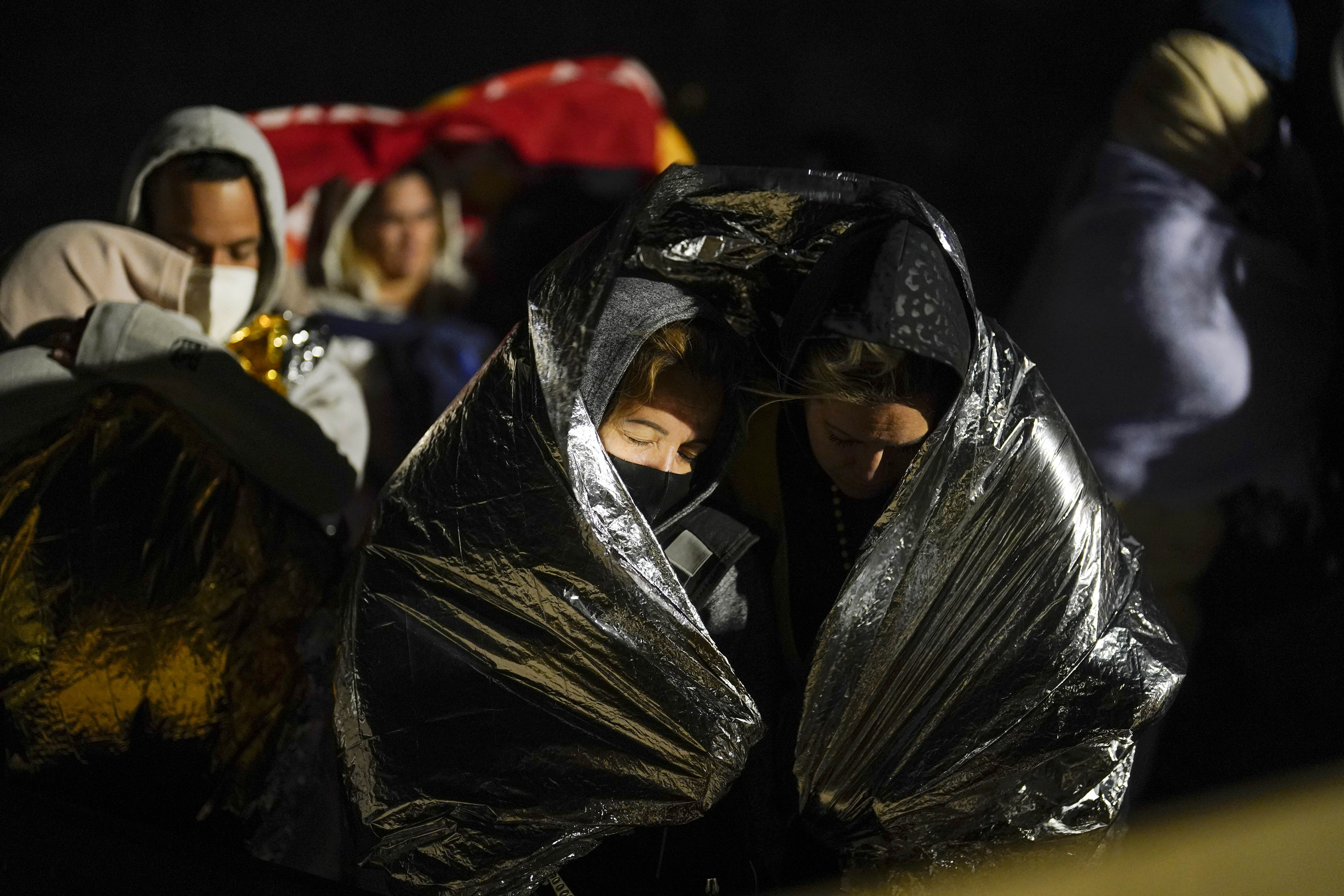 Two women from Cuba try to keep warm after crossing the border from Mexico and surrendering to authorities to apply for asylum on Thursday, Nov. 3, 2022, near Yuma, Arizona. (AP Photo/Gregory Bull)