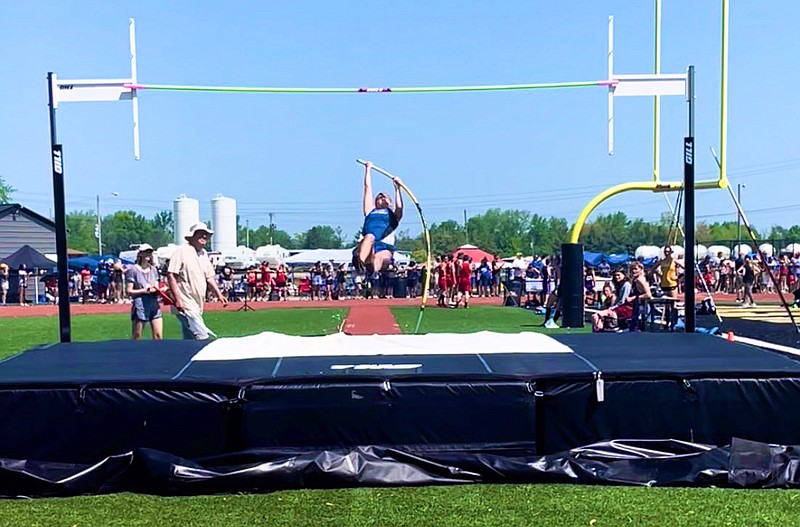 South Callaway’s athletes performed like state was on the line Saturday.

The Bulldogs competed at the Class 2 Sectional 2 meet in Monroe City, qualifying six times for the Class 2 state meet scheduled for Friday and Saturday at Adkins Stadium in Jefferson City.

Pontius has been improving on her javelin mark in each meet, finishing in third Saturday with a throw of 35.51 meters. Clark County’s Olivia Miller won the event with a mark of 41.49 meters.

Mathews reached a height of 3.02 meters to finish second in the pole vault, finishing behind Monroe City’s Carly Youngblood’s 3.35 meters. Her mark breaks the record previously held by DeLaney Horstman.

Mealy finished third in the pole vault with a height of 3.19 meters as Putnam County’s Jake Rouse and Linn’s Zachary Dodson each reached 3.33 meters to finish ahead of Mealy, with Rouse winning the event. The South Callaway senior achieved a season-best to take the final qualifying spot in the javelin, throwing it 44.28 meters to edge Marceline’s Connor Ratliff’s personal-best 43.3 meters.

Dickinson took fourth in the discus after throwing it 40.5 meters, which was ahead of Schuyler County’s Hayden Dixon’s 40.4 meters. Schuyler County still won the event as Greysen Van Wye had a personal-best mark of 45.47 meters. Dickinson missed qualification in the shot put by finishing sixth with a throw of 13.41 meters — behind Scotland County’s Alex Long’s fourth-place 14.95 meters.

Sophomore Evan Sconce Martin missed state in the triple jump with a sixth-place finish but set a personal-best of 12.55 meters.