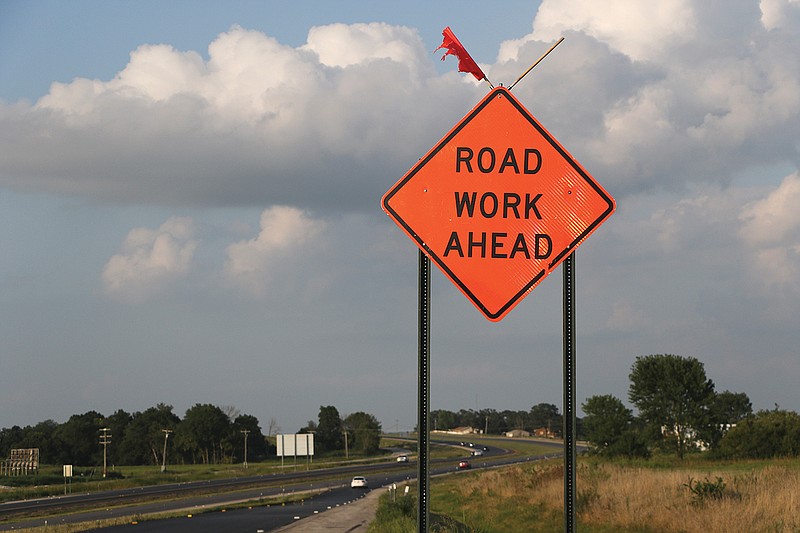 With one project complete and two initiated, the Missouri Department of Transportation's efforts to make intersections along U.S. 54 safer are progressing.

MoDOT has three projects in Mid-Missouri aimed at reducing crashes along U.S. 54. The three projects primarily seek to enhance safety at 15 intersections by replacing them with J-turns.

Unlike traditional intersections that require drivers to cross lanes of traffic to make a left turn, a J-turn requires the driver to turn right, merge into the left lane and then make a U-turn to travel left.

"Although drivers will have to travel slightly further to get where they want to go, using J-turns can take the same or less time than trying to wait for a safe and appropriate gap to cross traffic," the MoDOT website states.

The Federal Highway Administration considers J-turns, also known as Restricted Crossing U-Turns, as a proven safety countermeasure, according to its website. The design limits driving choices and minimizes potential for head-on and right-angle collisions, the agency found.

Through May 20, MoDOT is collecting public feedback on a project that would replace two intersections along U.S. 54 in Cole County with J-turns.

Scheduled to begin in 2023, the $2.9 million project will install J-turns at the intersections of Penny Hollow and U.S. 54 and Hickory Hill and U.S. 54. After MoDOT bids the contract in the fall, construction is expected to close highway lanes at various times.

The intersections were selected because of crash frequency and severity as the project builds on previous intersection improvements along U.S. 54 in Camden and Miller counties.

The department completed a $2.5 million intersection improvement project along U.S. 54 in 2019 in Camden County. The project involved adding J-turns at three intersections along the highway, among other construction.

In Miller County, the department targeted 10 intersections for safety improvements with construction originally planned to begin in 2021. To eliminate the need to cross traffic at right angles, MoDOT is installing J-turns at the intersections and extending or adding turning, acceleration and deceleration lanes.

Capital Paving and Construction LLC submitted the lowest bid of $6.1 million on the project and was awarded the contract June 2, 2021. Construction is slated to begin this year.

Pulley said MoDOT considers the context of a location, including its topography, traffic volume, vehicle types, local users and community input, to determine what kind of design is implemented at an intersection.

"Interchanges and intersections are designed to fit specific local conditions and meet driver expectations," he said.