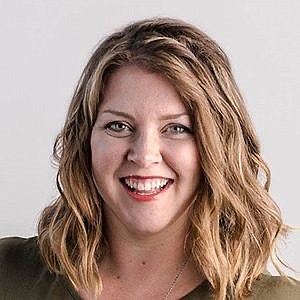 Beth Howard Snyder will receive the Outstanding Alumnus Award when the Callaway County Chapter of the Mizzou Alumni Association celebrates its 26th anniversary on May 19.

Snyder is an award-winning graphic artist, businesswoman and community leader. Co-founder and owner of 1canoe2, a letterpress and illustration company that has grown to more than $2.1 million in yearly gross sales, she also serves as president of the Callaway Chamber of Commerce.

In recent years, Snyder has established additional companies in the Fulton area, also associated with creative design and fulfillment of online business and products. Those companies have grown to more than $1 million in sales. A 2002 University of Missouri graduate, Snyder was the 2018 MU Outstanding Arts & Science alumna.

Marching Mizzou Director Dr. Amy M. Knopps will be the featured speaker for the event. Knopps is also the associate director of bands and director of athletic bands at the University of Missouri, where she also directs Mini Mizzou and the Symphonic Band. She also teaches courses the School of Music. Marching Mizzou has been invited to participate in the Macy's Thanksgiving Day Parade in New York City this year.

In addition to Knopps's speech and Snyder's award, two other awards and four student scholarships will be given. Stacey Bonderer, Fulton Public Schools Teacher of the Year, will receive the Education Award and John Humphreys will receive the Agriculture Award.

Last year, she received the Fulton Public Schools David W. White Outstanding Service in Education Award. This year, she was named FPS Teacher of the Year. She will retire from FHS at the end of the school year to become an assistant professor of education at William Woods University.

Humphreys is a research biologist for Boehringer Ingelheim in Kingdom City, mainly working with swine vaccines.

He has been involved in production agriculture his whole life. He and his father started raising antibiotic-free humanely raised hogs in 2006. Humphreys has continued to raise pigs, marketing approximately 1,200 heads of pigs a year.

The chapter has been presenting scholarships to local students since 1997. During that time, nearly 60 students have been recipients.

This year, the chapter will present a $1,000 capstone scholarship, renewable for four years, to John Teel, a senior at Fulton High School. A local alumni scholarship of $1,000 will be given to Zeke Gillman, a North Callaway High School senior.

Alumni and friends of the university, as well as friends of the honorees, are invited to attend the chapter's 26th Anniversary celebration. The deadline for reservations is May 16. To register, go to www.mizzou.com/CallawayCoBanquet.

The Callaway County Alumni Chapter is one of only a few chapters nationally to achieve capstone status -- the highest level of achievement in the Mizzou Alumni Association's Chapter Recognition Program -- every year since the award was established. This distinction allows the chapter to earn scholarships for local students, as well as funds for chapter activities. 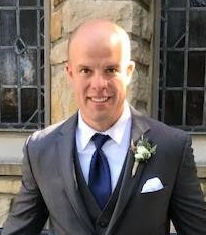