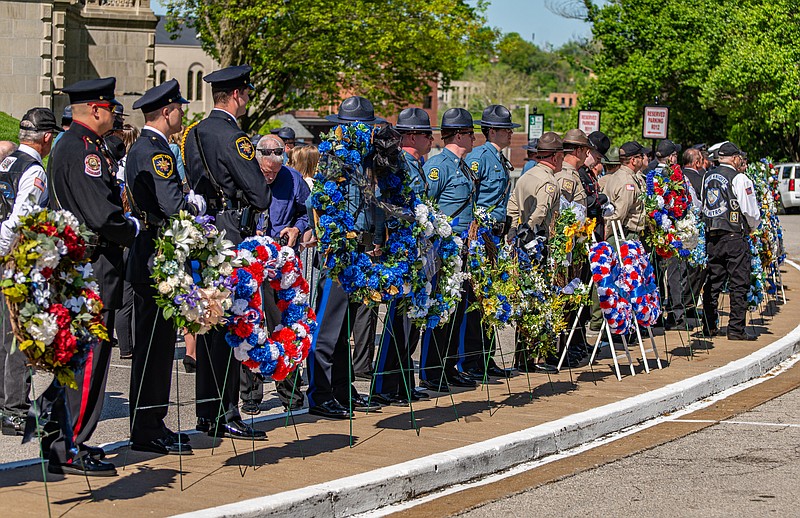 Six Missouri Department of Corrections officers and five law enforcement officers were honored and added to the memorial during a ceremony.

The annual event honors those who died in the line of duty the previous year.

In addition to the officers who died in 2021, the names of four law enforcement officers whose historical line of duty deaths were recently confirmed were also added to the memorial's Wall of Honor.

While Madrid-Evans died from a gunshot wound Sept. 15 that he sustained while making a parole check, his spirit attended the ceremony in a unique way. He'd joined the force two months before the incident.

Springfield Police Officer Mark Priebe was severely injured in the line of duty. As a result of his injuries, he's now in a wheelchair and needed a new kidney.

Madrid-Evans, 22, was an organ donor and was a match for Priebe.

"Blaize's final selfless act gave another officer a new lease on life," Missouri Fraternal Order of Police President Sgt. Rick Inglima said. "This is what we do. This is who we are. No one signs up for this profession expecting to be hated, injured or killed. They sign up to make a difference."

Along with Madrid-Evans, officials added the following fallen officers to the memorial:

• Corrections Officer John Michael Bowe, who died Jan. 27 of complications from COVID-19, which he contracted while working at the Eastern Correctional Center in Pacific.

• Lt. Leslie Lee Lentz, with the Missouri Department of Corrections, who died July 1 as a result of complications from COVID-19, which she contracted while working at the Ozark Correctional Center in Fordland.

• Corrections Officer Sonny Lee Orbin, who died July 18 of complications from COVID-19 while working at the Women's Eastern Reception and Diagnostic Correctional Center in Vandalia.

• Corrections Officer John Richard Bullard Jr., who died July 18 of complications from COVID-19 while working at the Women's Eastern Reception and Diagnostic Correctional Center in Vandalia.

• Corrections Officer Dennis Keith Bennett, who died Aug. 12 of complications from COVID-19 while working at the South Central Correctional Center in Licking.

• Detective Antonio A. Valentine, of the St. Louis County Police Department, died Dec. 1 from a motor vehicle crash when a vehicle refused to stop for other officers.

"The officers we honor today exemplified what it means to be a public servant, to willingly take on personal risks so that others may be safe and leave a legacy that will never be forgotten," Gov. Mike Parson said. "We will always remember the lives they lived, the lessons they taught us, and the family members they left behind."

• Deputy Constable Oscar Hornberger, who died of a gunshot in 1930 while working for the Perry County Sherriff's Office.

• Deputy Sheriff Chris Freeman, who died of a heart attack in 1941 while working for the Cape Girardeau County Sheriff's Office.

• Sheriff Herman Sewing, who died from a vehicle crash in 1947 while working for the Cape Girardeau County Sheriff's Office.

• Sheriff Charles Lee Burns, who died from a vehicle crash in 1966 while working for the Camden County Sheriff's Office City of Crane.

"The brave men and women who sacrifice every single day to protect their communities deserve our utmost respect and honor," Attorney General Eric Schmitt said. "Law enforcement officers put their uniforms on every morning, not knowing if they'll make it back home to see their family, kids, and loved ones. Today, we paid tribute to those law enforcement officers who made the ultimate sacrifice in their service, those who lost their lives bravely protecting their communities. May we never forget their courage." 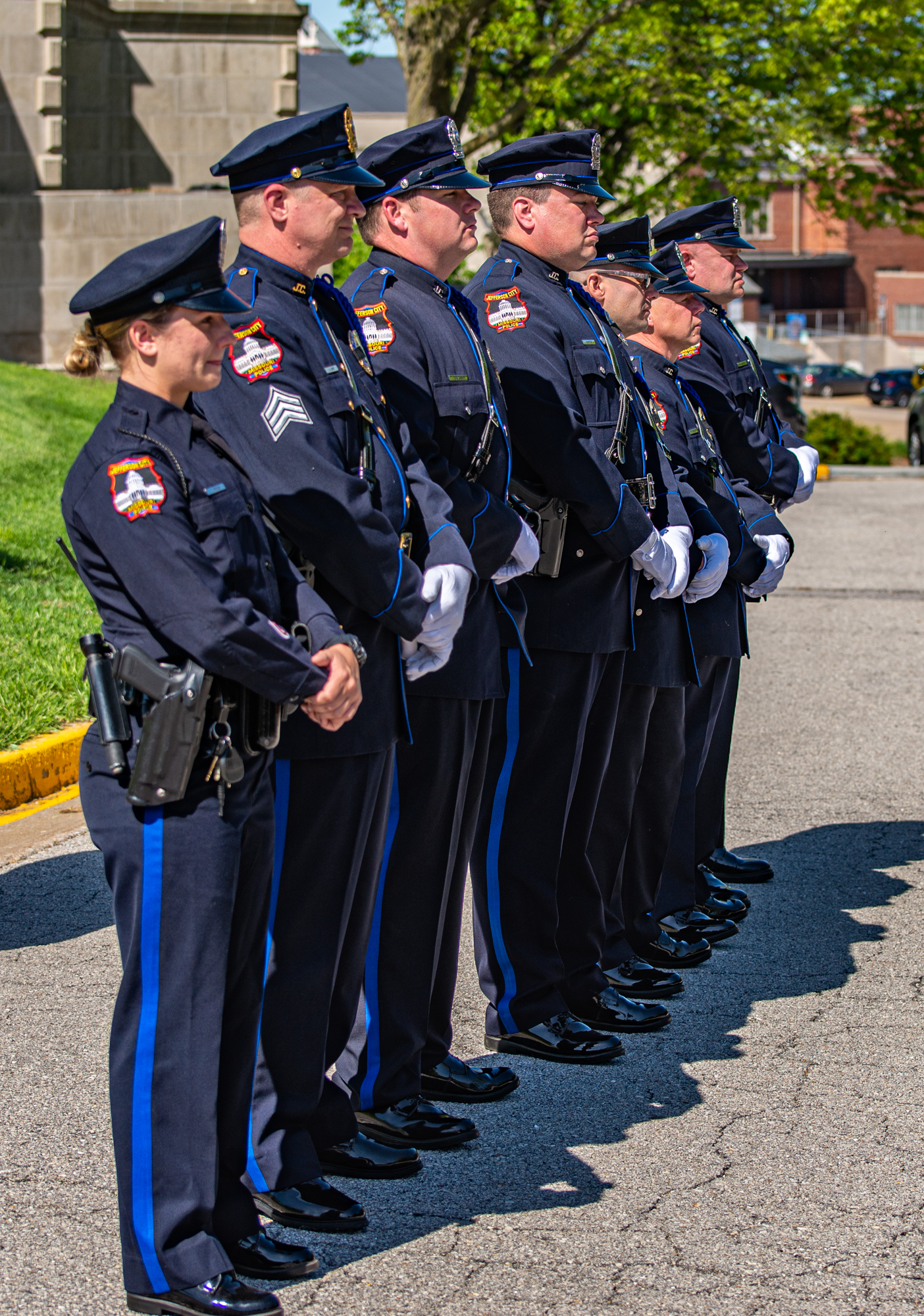 A contingent from the Jefferson City Police Department attended the Missouri Law Enforcement Memorial Service on the north side of the Capitol Saturday. (Ken Barnes/News Tribune)

Hundreds of law enforcmeent officers from across the state attended the Missouri Law Enforcement Memorial Saturday at the Capitol. (Ken Barnes/News Tribune) 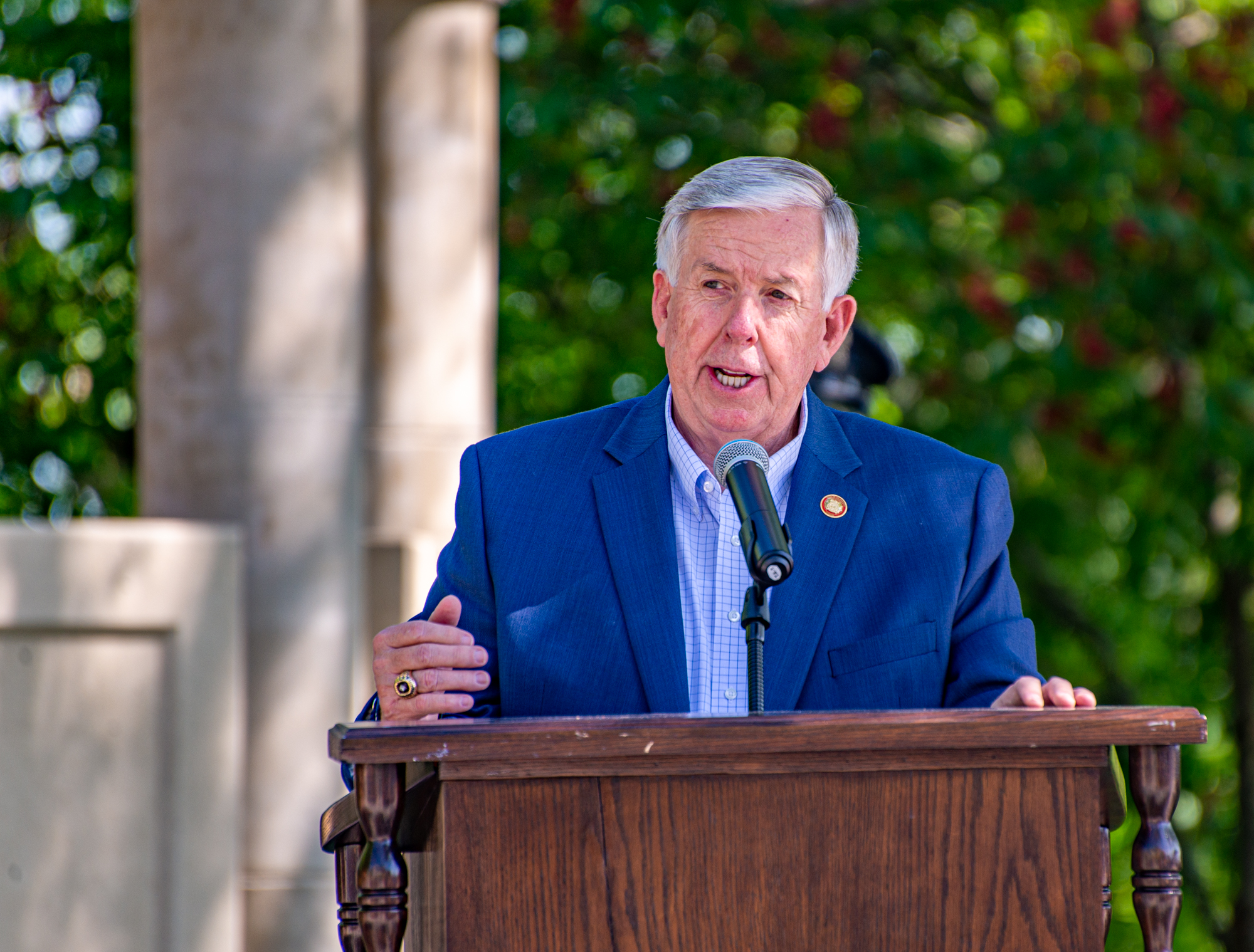 Gov. Mike Parson speaks during the Missouri Law Enforcement Memorial Service Saturday on the north side of the Capitol. (Ken Barnes/News Tribune) 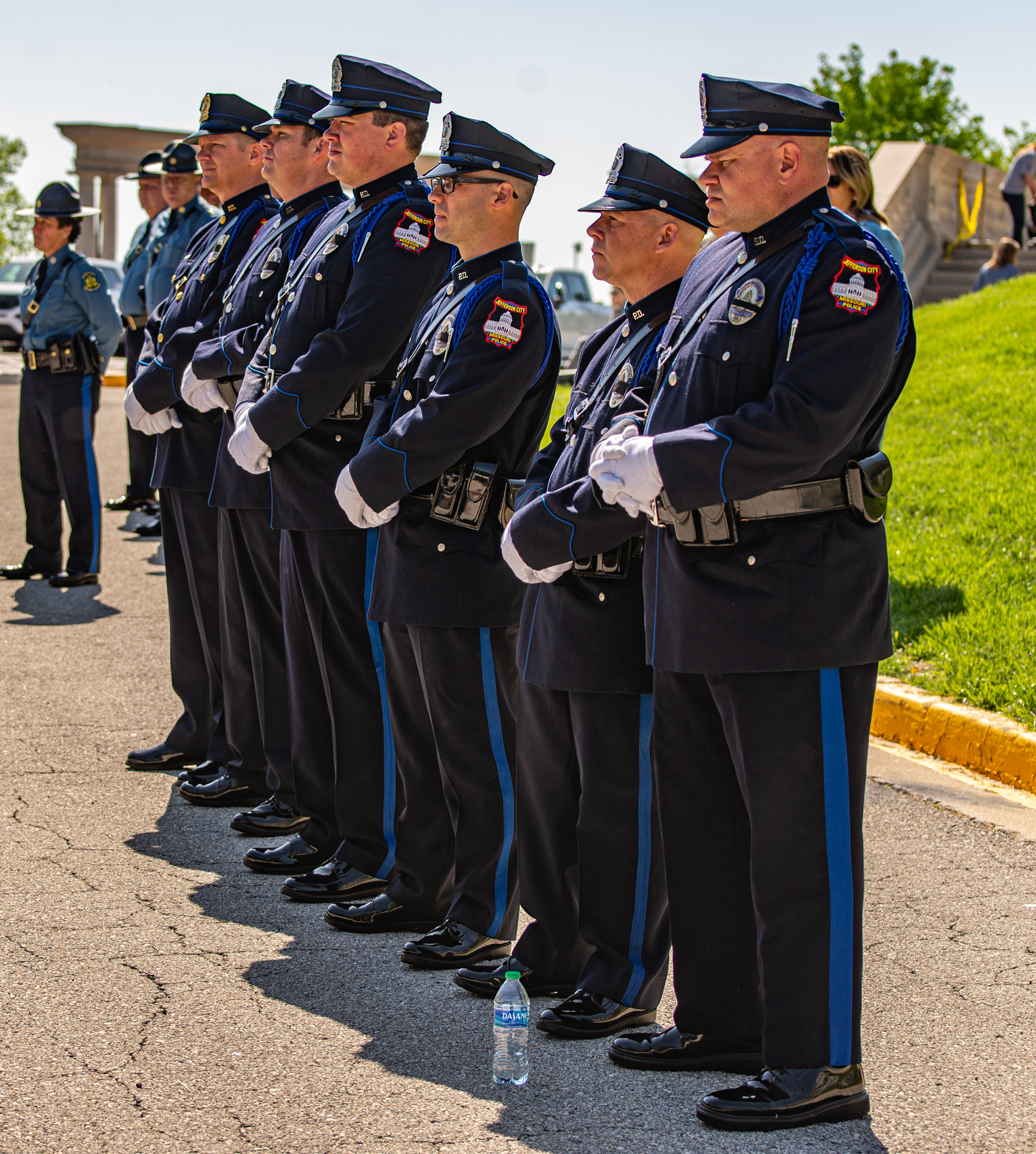 A contingent from the Jefferson City Police Department attended the Missouri Law Enforcement Memorial Service on the north side of the Capitol Saturday. (Ken Barnes/News Tribune)