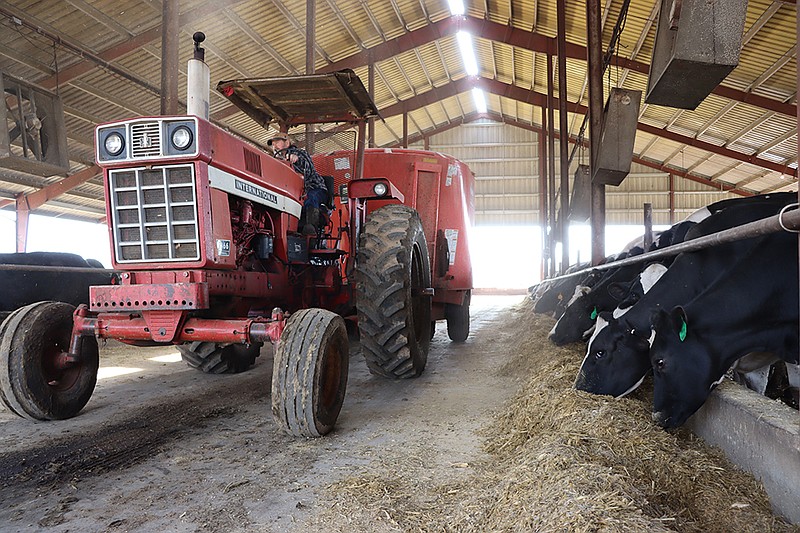 Bruemmer Dairy, which is operated by Ted Bruemmer and his father, Roger, shown driving a tractor, milks about 150 cows and has 150-200 acres of row crop. (Layne Stracener/For the FULTON SUN)

JEFFERSON CITY, Mo. -- The Bruemmer Dairy farm, now managed by the third and fourth generations, has been a staple in Cole County since 1913 and is part of an ever-shrinking group of young farmers and legacy farms in Missouri.

A handful of bills in the Legislature seek to ensure similar Missouri legacy farms will survive and grow.

Senate Bill 817, sponsored by Sen. Mike Bernskoetter, R-Jefferson City, would modify provisions of the family farm livestock program by expanding who could be eligible for certain loans, as well as for how much they could borrow.

Currently, Missouri statute defines a small farmer as a Missourian who has less than $250,000 in gross sales per year on the farm, the bill summary states.

If SB 817 passes, it would increase the maximum amount of gross sales needed to qualify as a small farmer to less than $500,000 per year, making many more Missouri farmers eligible for program. The act would also repeal the provision that each small farmer is eligible for only one family farm livestock loan per family and for only one type of livestock.

"Everything else at this point ... costs more," he said. "Small farms are making more money. This will actually allow more people to be eligible (for the loans)."

"Dairy is our main focus," said Ted Bruemmer, a fourth- generation farmer. "We also make all of our own feed, so all the feed goes to the cows pretty much, but we do raise a little bit of crops."

Though he is not sure if Bruemmer Dairy would qualify for the program in SB 817, Bruemmer said it would be a good opportunity "especially for younger producers like myself," he said.

Now 29 years old, Bruemmer returned to his family farm after graduating from Lincoln University in 2014 and works with his parents, Roger and Grace Bruemmer, and his wife, Megan Bruemmer. He plans to take over the farm's operations one day.

"It's tough to farm with family, but at the same time, it's really rewarding," he said. "It's great raising kids on the farm... hopefully I'll be able to pass it down one day."

"A lot of the people that have the opportunity leave because they don't want to be stuck," Bruemmer said. "If you can incentivize somebody to do that (stay at a family farm), maybe more people will take the chance or take the opportunity."

It's a sentiment shared by some young Missourians studying at LU: they too hope to return to their family's farm or work in the agriculture business.

Schwartze, who is "a generation removed from the family farm," grew up around the industry which peaked his interest in wanting to work as a farm veterinarian.

Schwartze, along with many other LU agriculture students, developed that interest while participating in Future Farmers of America (FFA) chapters in high school.

Jessica Epple-Farmer, assistant professor of animal sciences at LU, has been around agriculture industry for most of her life and now teacher classes on sustainable agriculture.

"We have quite a bit of grant money coming in from the federal government to encourage students to go into agriculture, because they are looking that we won't have enough students and people to meet the needs in the near future," Epple-Farmer said.

In the accompanying video, Roger Bruemmer feeds the cows at Bruemmer Dairy farm, now managed by the third and fourth generations of Bruemmers. See https://www.youtube.com/watch?v=R3DN4sOIl8E. 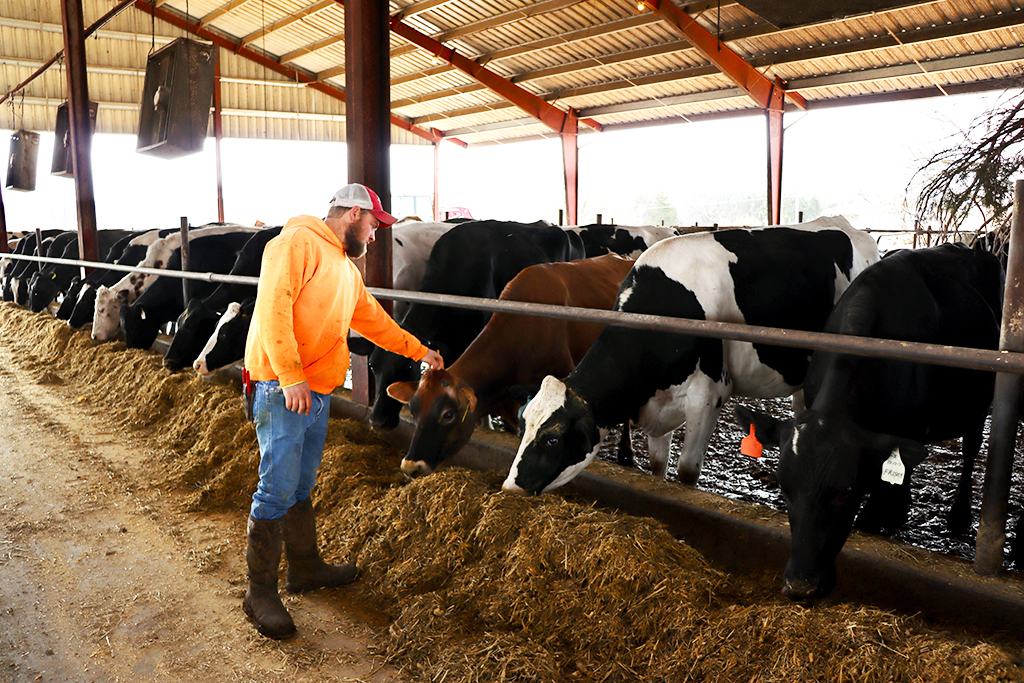