Pressey back with Missouri basketball program as graduate assistant 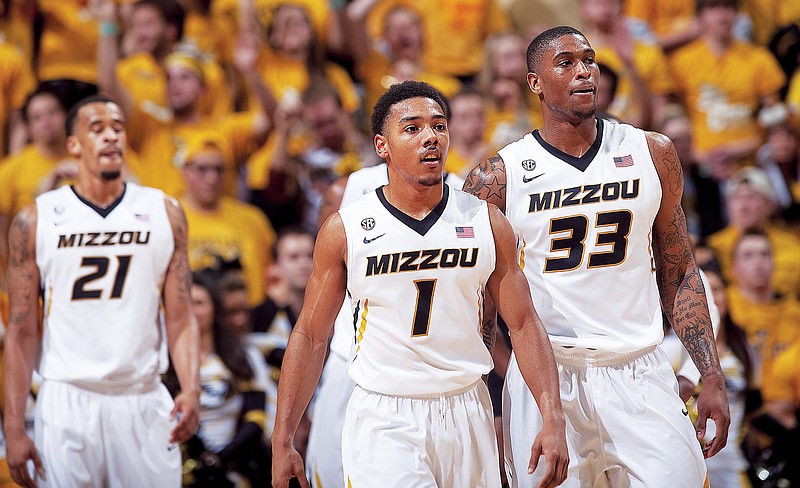 In this March 5, 2013, file photo, Missouri's Phil Pressey, center, walks up court after a timeout during the first half of a game against Arkansas at Mizzou Arena in Columbia. (Associated Press)

COLUMBIA -- After nearly a decade, Phil Pressey is back with the Missouri men's basketball program.

Missouri announced Friday that Pressey will serve as a graduate assistant on the coaching staff under new head coach Dennis Gates,

Pressey was an honorable mention AP All-American in his senior season with the Tigers in 2013. He also was the first Missouri player to earn first team All-Southeastern Conference honors that season after leading the conference in assists per game at 7.0. That mark was 13th in the country.

He finished his Missouri career as the program's all-time leader in assists with 580 and tied for the lead in steals with Anthony Peeler with 196.

Pressey signed with the Boston Celtics after the 2013 NBA Draft. He also spent time with the Philadelphia 76ers and Phoenix Suns, playing a total of 148 games in the NBA.

He continued his professional career in Europe, announcing his retirement as a player Friday.