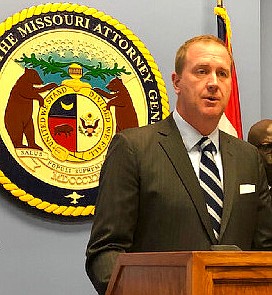 The Missouri Attorney General's Office will soon update the state's inventory of rape kits, a process that would unlock a new phase of the SAFE Kit initiative.

The Attorney General's Office began an effort to catalog and test the state's backlog of rape kits in 2019 as part of a national undertaking supported by the Bureau of Justice Assistance and U.S. Department of Justice since 2015.

After creating an initial inventory in 2019, Missouri received a federal grant to begin shipping the kits off to labs to be tested for DNA evidence. Phase 2 of the initiative is to create a second inventory of rape kits picking up where the last inventory left off and adding partially or previously tested kits.

With Phase 2 winding down, the Attorney General's Office will release a new rape kit inventory report similar to its 2019 one. The Bureau of Justice Assistance will review the report before granting more funds to ship remaining kits to labs for testing. That's the last phase of the initiative.

Missouri secured the second federal grant in 2020, but the updated report is required for the funds to be released.

A spokesperson for the Attorney General's Office could not provide a date for when the report will be issued.

The 2019 inventory of rape kits found 7,019 kits throughout the state, 6,189 of which were never tested. The number of untested kits corresponding to reported crimes was 4,455.

There were 76 inventoried kits coming from Callaway County in 2019, none of which had been tested. All but two kits were associated with a police report and the victim initiated a criminal investigation. The other two came from Fulton State Hospital. None were tested.