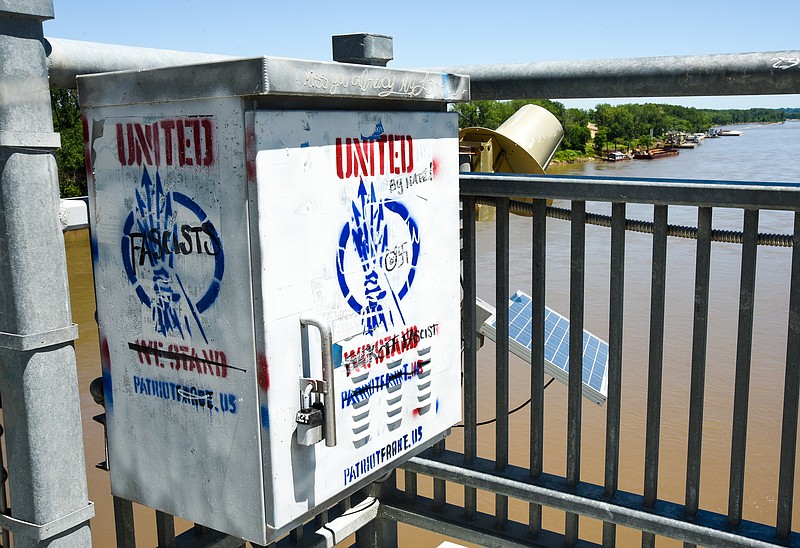 Vandalism occurred over the weekend on the power box on the Pat Jones Pedestrian Bridge over the Missouri River at Jefferson City, promoting the group Patriot Force. Using markers, others wrote over the paint, calling the group fascists and referencing patriotfarce.us. (Julie Smith/News Tribune photo)

A stenciled painted sign on the Missouri River pedestrian bridge has grabbed the attention of those who walk on the bridge, but officials are unsure who is responsible for the vandalism.

The name Patriot Front is painted on the eastbound bridge; the sign references a group the Anti- Defamation League describes as "a white supremacist group." Patriot Front, which has held rallies across the country, advocate radical social and political change.

The graffiti, which was found on the side of a lighting control box near an overlook at the middle of the bridge, was painted red, white and blue, and it has the address for the group's website on it. More graffiti has been written over some parts of the sign, including profanity labeling the group as racist.

The bridge is overseen by the Missouri Department of Transportation, but no one from MoDOT was available to speak about the vandalism Monday due to the Juneteenth holiday.

This is not the first time a Patriot Front sign was reported as vandalism this year in Jefferson City. In January, graffiti was seen under the Lafayette Street U.S. 50/63 northbound on-ramp indicating support of the group.

A contact form on the Patriot Front's website said the organization "does not participate in interviews with journalists." 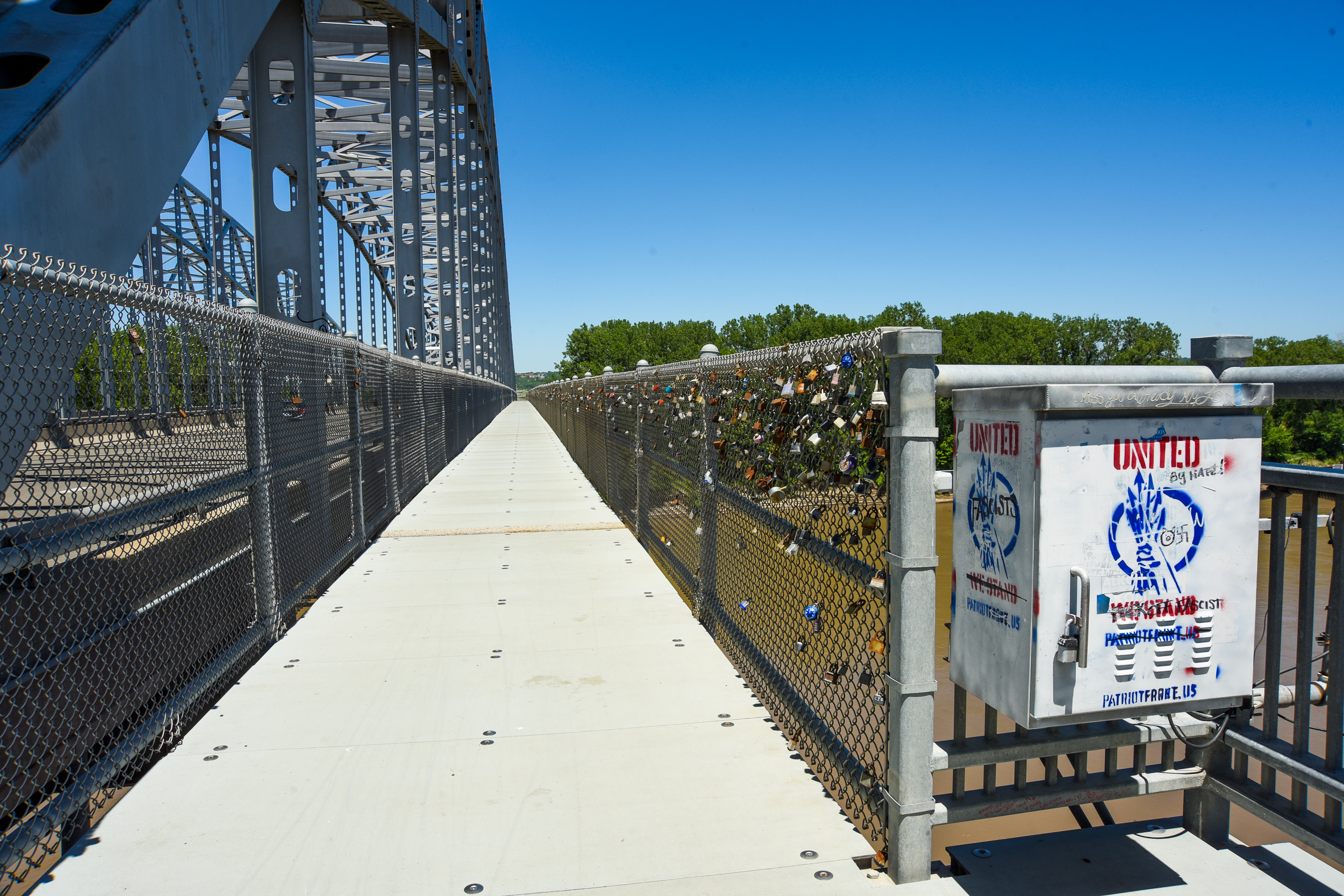 Julie Smith/News Tribune photo: Vandalism was done over the weekend to the power box on the Pat Jones Pedestrian Bridge over the Missouri River, promoting Patriot Force.