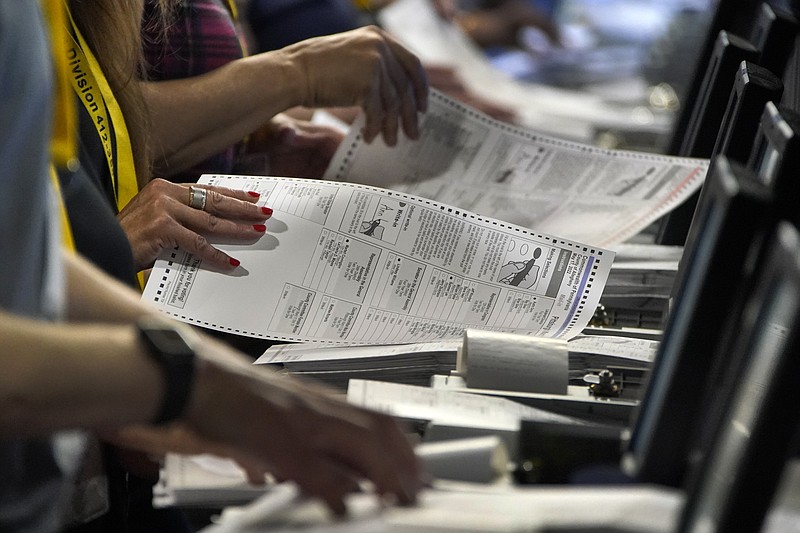 FILE - Election workers perform a recount of ballots from the recent Pennsylvania primary election at the Allegheny County Election Division warehouse on the Northside of Pittsburgh, June 1, 2022. The Supreme Court seems poised to take on a new elections case being pressed by Republicans that could increase the power of state lawmakers over races for Congress and the presidency, as well as redistricting, and cut state courts out of the equation. (AP Photo/Gene J. Puskar, File)

WASHINGTON (AP) -- The Supreme Court seems poised to take on a new elections case being pressed by Republicans that could increase the power of state lawmakers over races for Congress and the presidency, as well as redistricting, and cut state courts out of the equation.

The issue has arisen repeatedly in cases from North Carolina and Pennsylvania, where Democratic majorities on the states' highest courts have invoked voting protections in their state constitutions to frustrate the plans of Republican-dominated legislatures.

Already, four conservative Supreme Court justices have noted their interest in deciding whether state courts, finding violations of their state constitutions, can order changes to federal elections and the once-a-decade redrawing of congressional districts. The Supreme Court has never invoked what is known as the independent state legislature doctrine, although three justices advanced it in the Bush v. Gore case that settled the 2000 presidential election.

"The issue is almost certain to keep arising until the Court definitively resolves it," Justice Brett Kavanaugh wrote in March.

It only takes four of the nine justices to agree to hear a case. A majority of five is needed for an eventual decision.

Many election law experts are alarmed by the prospect that the justices might seek to reduce state courts' powers over elections.

"A ruling endorsing a strong or muscular reading of the independent state legislature theory would potentially give state legislatures even more power to curtail voting rights and provide a pathway for litigation to subvert the election outcomes expressing the will of the people," law professor Richard Hasen wrote in an email.

But if the justices are going to get involved, Hasen said, "it does make sense for the Court to do it outside the context of an election with national implications."

The court could say as early as Tuesday, or perhaps the following week, whether it will hear an appeal filed by North Carolina Republicans. The appeal challenges a state court ruling that threw out the congressional districts drawn by the General Assembly that made GOP candidates likely victors in 10 of the state's 14 congressional districts.

The new map that eventually emerged and is being used this year gives Democrats a good chance to win six seats, and possibly a seventh in a new toss-up district.

Pennsylvania's top court also selected a map Republicans said probably will lead to the election of more Democrats, as the two parties battle for control of the U.S. House in the midterm elections in November. An appeal from Pennsylvania also is waiting, if the court for some reason passes on the North Carolina case.

Nationally, the parties fought to a draw in redistricting, which leaves Republicans positioned to win control of the House even if they come up just short of winning a majority of the national vote.

If the GOP does well in November, the party also could capture seats on state supreme courts, including in North Carolina, that might allow for the drawing of more slanted maps that previous courts rejected. Two court seats held by North Carolina Democrats are on the ballot this year and Republicans need to win just one to take control of the court for the first time since 2017.

In their appeal to the nation's high court, North Carolina Republicans wrote it is time for the Supreme Court to weigh in on the elections clause in the U.S. Constitution, which gives each state's legislature the responsibility to determine "the times, places and manner" of holding congressional elections.

"Activist judges and allied plaintiffs have proved time and time again that they believe state courts have the ultimate say over congressional maps, no matter what the U.S. Constitution says," North Carolina Senate leader Phil Berger said when the appeal was filed in March.

The Supreme Court generally does not disturb state court rulings that are rooted in state law.

But four Supreme Court justices -- Clarence Thomas, Samuel Alito, Neil Gorsuch and Kavanaugh -- have said the court should step in to decide whether state courts had improperly taken powers given by the U.S. Constitution to state lawmakers.

That was the argument Thomas and two other conservative justices put forward in Bush v. Gore, although that case was decided on other grounds.

If the court takes up the North Carolina case and rules in the GOP's favor, North Carolina Republicans could draw new maps for 2024 elections with less worry that the state Supreme Court would strike them down.

Defenders of state court involvement argue that state lawmakers would also gain the power to pass provisions that would suppress voting, subject only to challenge in federal courts. Delegating power to election boards and secretaries of state to manage federal elections in emergencies also could be questioned legally, some scholars said.

"Its adoption would radically change our elections," Ethan Herenstein and Tom Wolf, both with the Brennan Center's Democracy Program at the New York University Law School, wrote earlier this month. 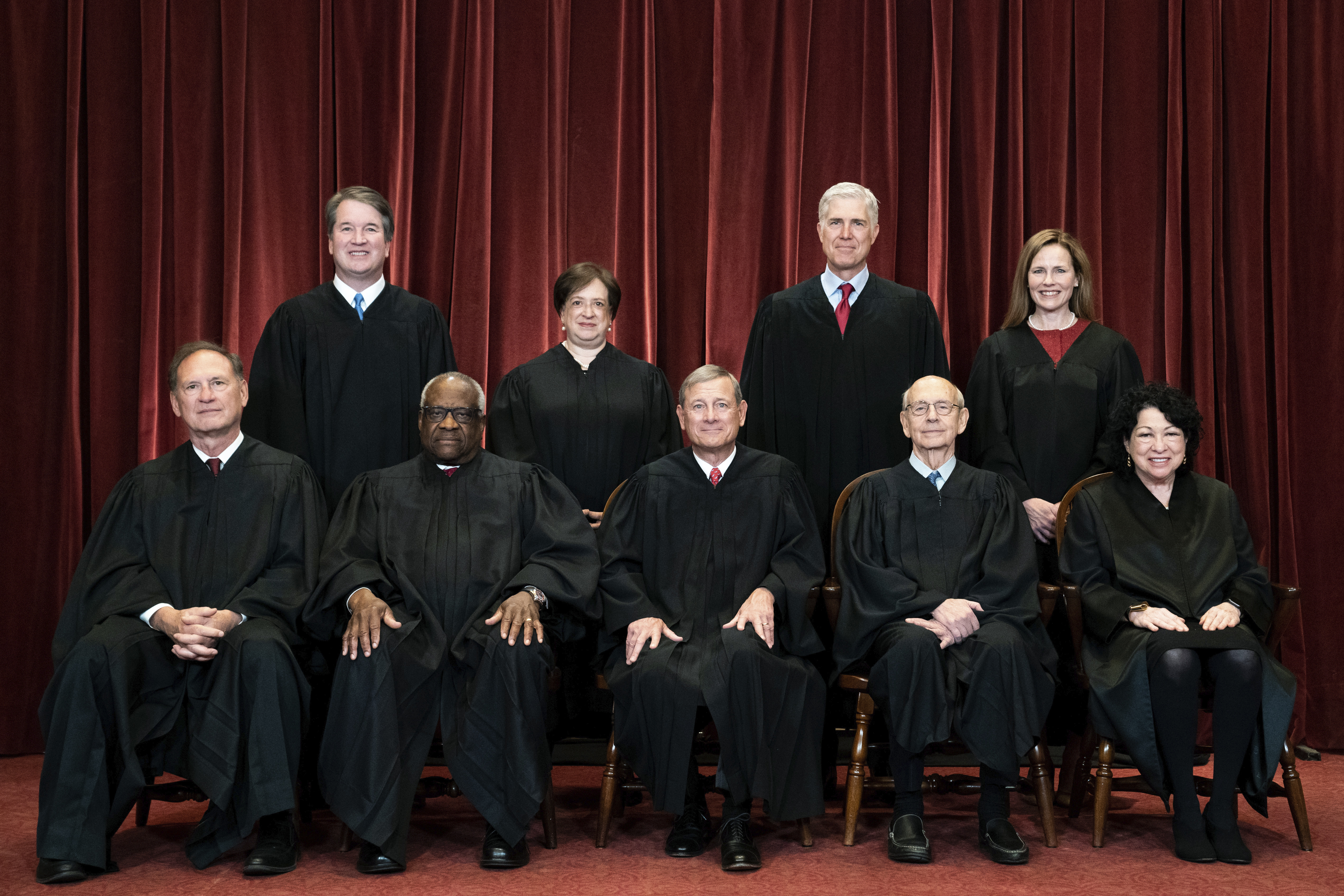 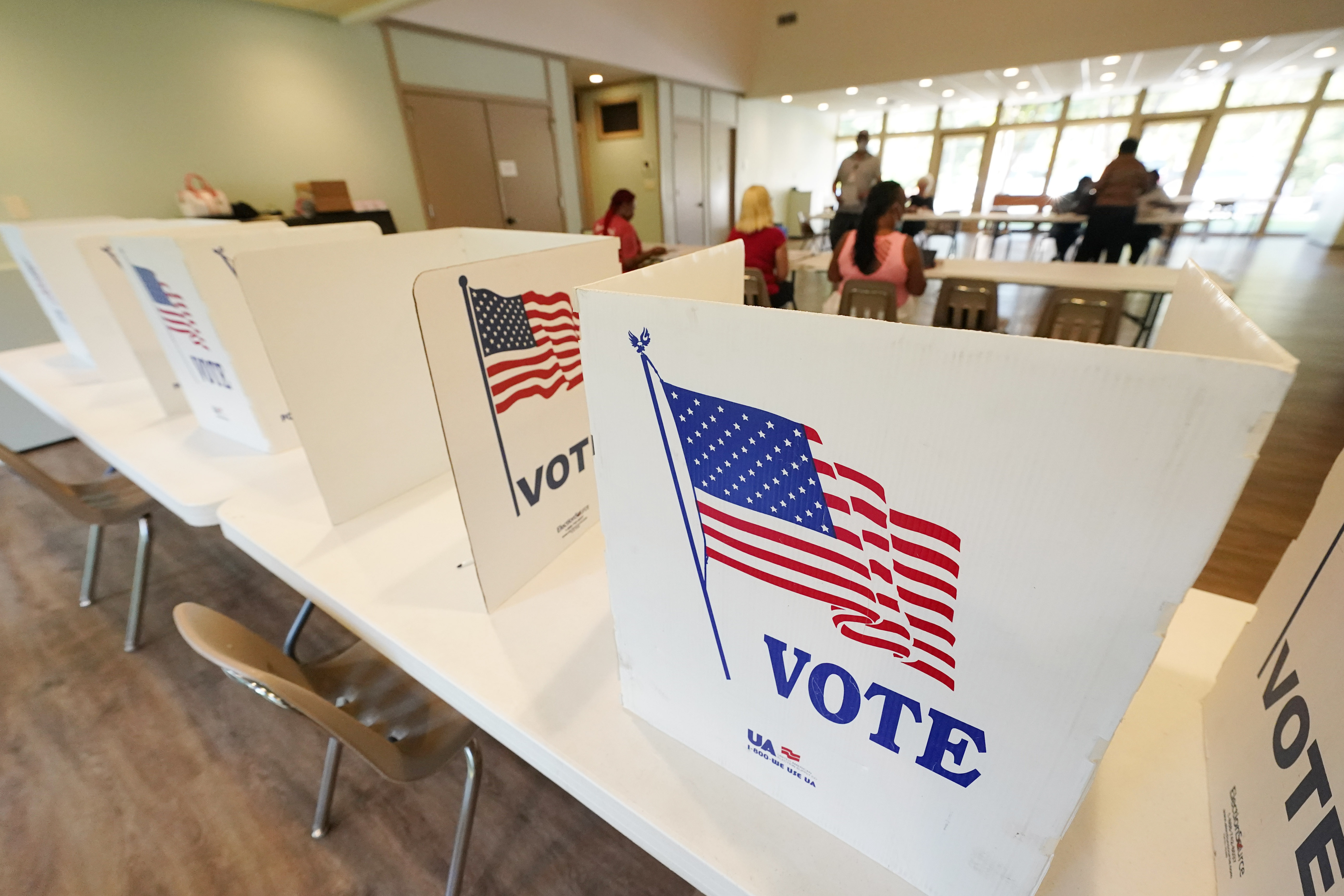 FILE - Empty poll kiosks await voters at the Mississippi Second Congressional District Primary election precinct June 7, 2022, in Jackson, Miss. The Supreme Court seems poised to take on a new elections case being pressed by Republicans that could increase the power of state lawmakers over races for Congress and the presidency, as well as redistricting, and cut state courts out of the equation. (AP Photo/Rogelio V. Solis, File)