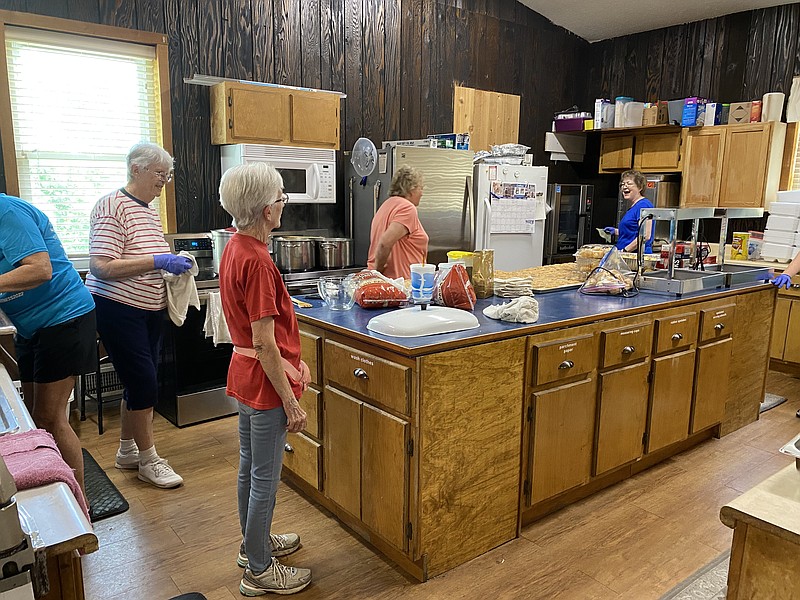 As the need for affordable groceries and food rises for many people, the Holts Summit soup kitchen is stepping forward to fill those needs.

The soup kitchen, which is located at Holts Summit Civic Center, 282 S. Greenway Drive, operates from 4-6 p.m. on Tuesdays and Thursdays.

Mary Steck, director of the soup kitchen, said the soup kitchen has been operating since 2008. When it first started, service was only offered on Thursdays. Tuesday was added due to an increase in demand, she said.

The soup kitchen serves an average of 200 meals per day, Steck said. Dine-in and take-out are offered. Some people come and take more than one meal to give to someone else.

Steck said each meal consists of a full-course dinner. One day served hot dogs and fruit salad, while another day served chicken noodle casserole and vegetables.

All of the food is provided free of charge and is all acquired through donations, Steck said. Some people donate money, which is then used to purchase more food for service. The soup kitchen receives fried chicken from Lee's Famous Recipe Chicken two times a week. They also get donations from ALDI, Walmart and Hy-Vee.

One reason the soup kitchen is important in the community is it provides a space for the elderly to gather and meet, she said.

"With COVID going on, and not a lot of restaurants are serving inside, there is no place for them to go and meet and just sit around," Steck said.

It also helps with the current cost of gas, Steck said.

Those who can afford it also donate money after their meals. Steck said a variety of people from the community come to the soup kitchen.

Demand for the soup kitchen has increased greatly since 2008, when they used to serve 20-50 people, Steck said. They adapted during the COVID-19 pandemic to continue providing service, offering drive-through service and a walk-through system.

People have been very vocal to those operating the soup kitchen about how appreciative they are and how important it is to the community, Steck said.