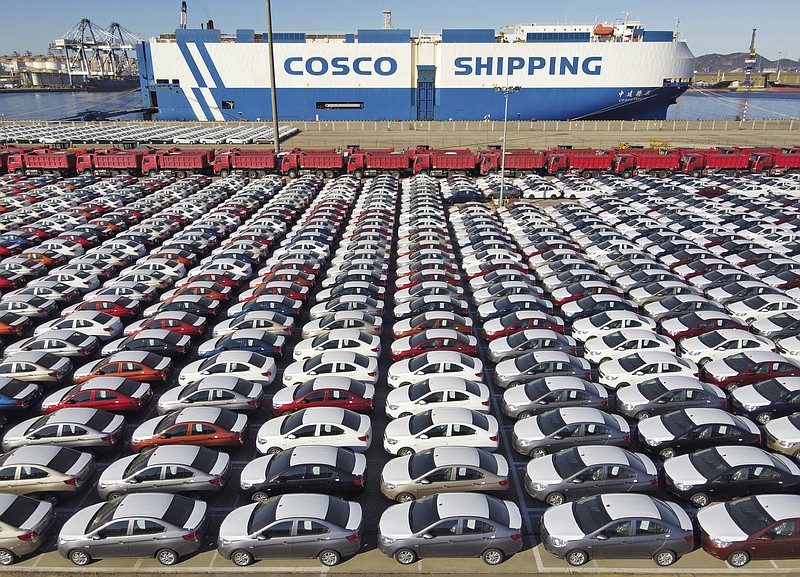 In this photo released by Xinhua News Agency, an aerial view shows manufactured vehicles before being loaded onto a cargo ship at the Yantai Port in eastern China's Shandong Province, Dec. 7, 2021. China's trade growth rebounded in May 2022 after anti-virus restrictions that shut down Shanghai and other industrial centers began to ease. (Tang Ke/Xinhua via AP)

Biden did not say when they might speak, but suggested he was getting closer to making a decision about the fate of the economic penalties.

"I'm in the process of making up my mind," Biden told reporters in a brief exchange after a bike ride near his beach home in Delaware.

National security and economic aides are in the process of completing a review of the U.S. tariff policy and making recommendations to the president.

The tariffs imposed under President Donald Trump applied a 25 percent duty on billions of dollars of Chinese products. The penalties were intended to reduce the U.S. trade deficit and force China to adopt fairer practices.

Treasury Secretary Janet Yellen recently called for eliminating some of those tariffs as a way to fight inflation in the United States. Others in the Biden administration, including U.S. Trade Representative Katherine Tai, have raised concerns about easing tariffs when China has not upheld its agreements on purchasing U.S. products.

She said she saw the tariffs as "a tool in the economic policy toolbox" could be considered, but alongside "a lot of other tools at our disposal."

"What is of the utmost importance for us is to ensure this medium-term strategic realignment we know we need to accomplish is something we are able to accomplish, and nothing we do in the short term undermines that larger goal," Tai told the Associated Press in an interview last month. 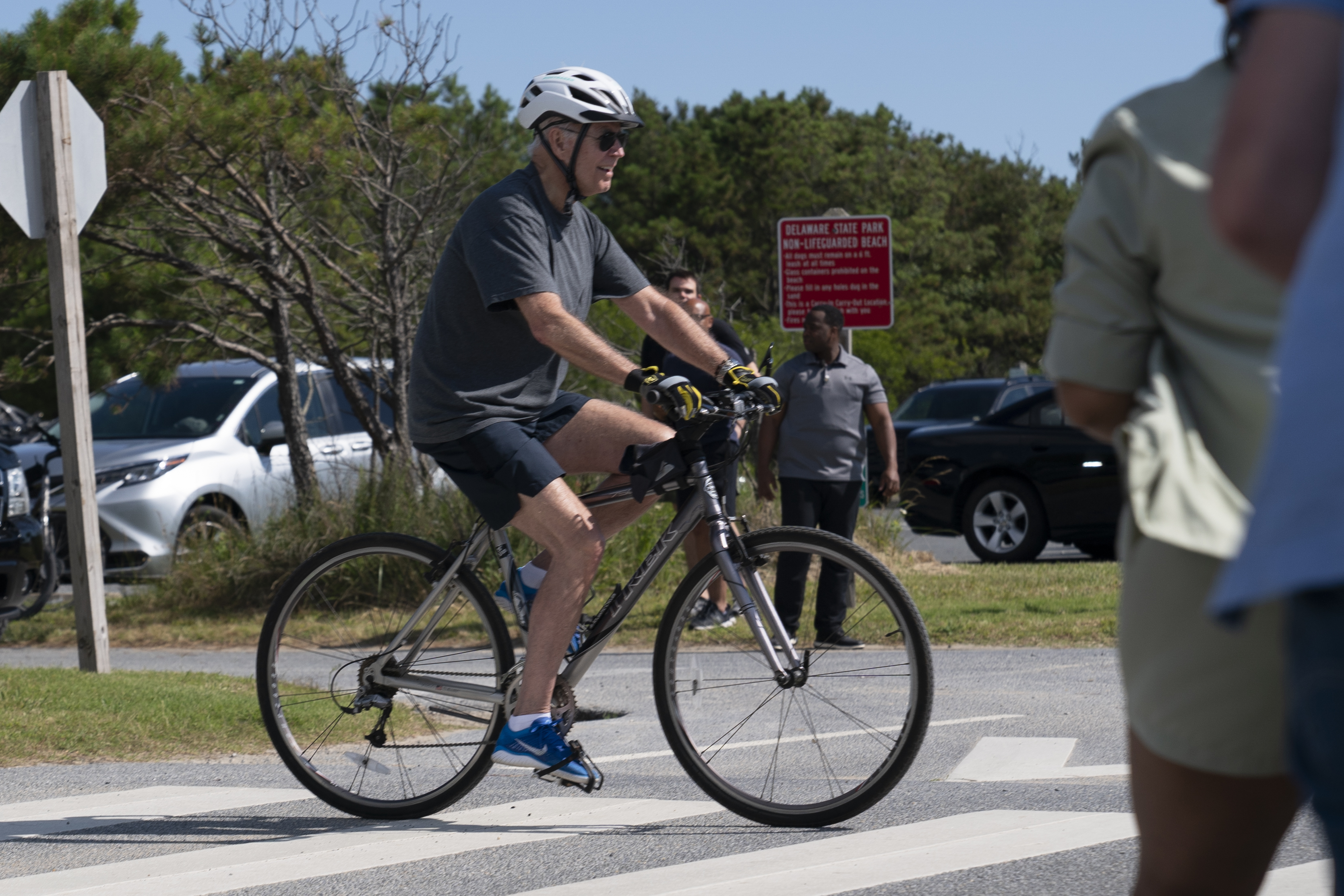 President Joe Biden pedals his bike towards a crowd at Gordons Pond in Rehoboth Beach, Del., Saturday, June 18, 2022. Biden fell from his bike as he tried to get off it to greet the crowd. (AP Photo/Manuel Balce Ceneta) 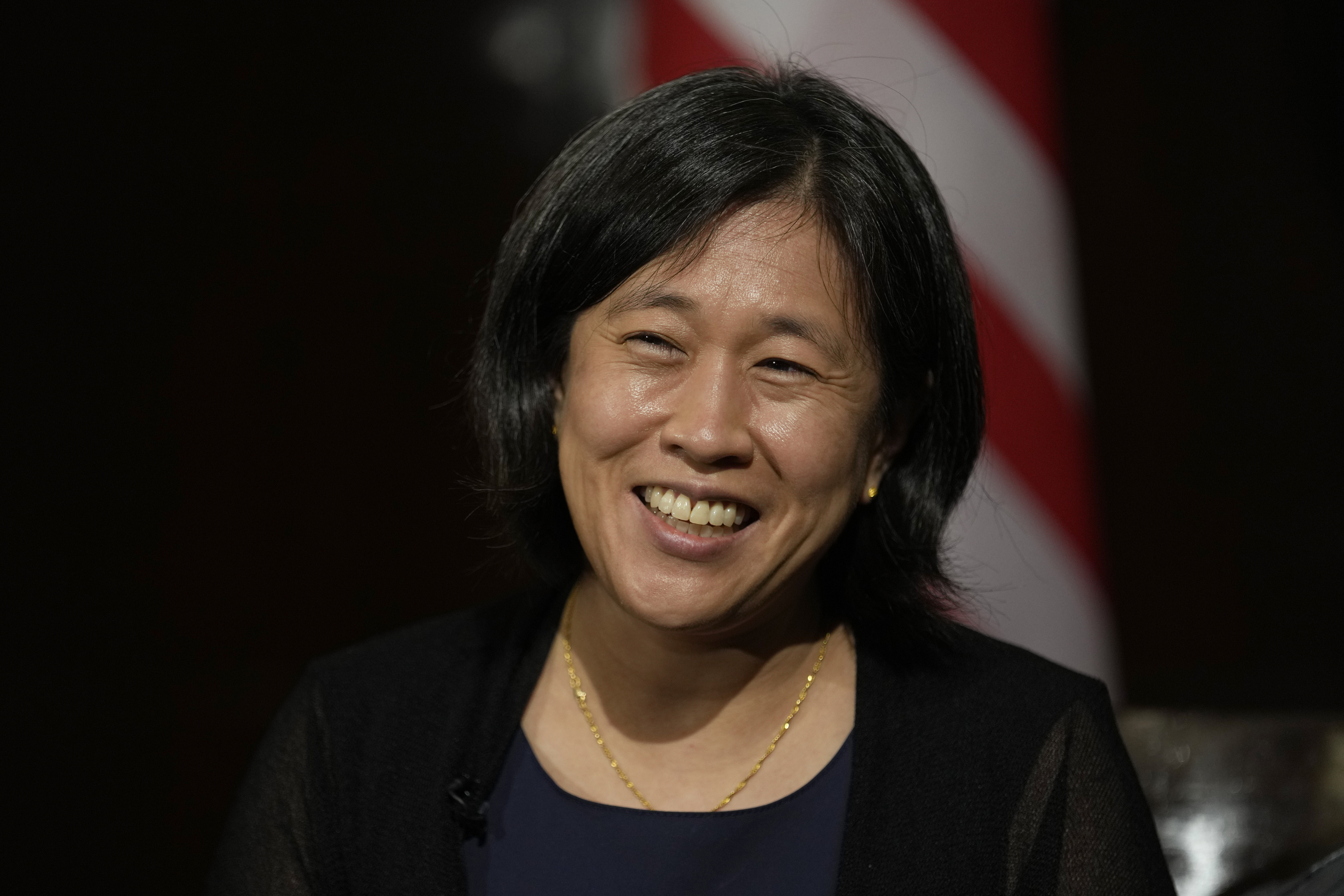 U.S. Trade Representative Katherine Tai gestures during an interview with The Associated Press in Bangkok, Thailand, Friday, May 20, 2022. With world economies all suffering from more than two years of the coronavirus pandemic and global supply problems exacerbated by Russia's invasion of Ukraine, the United States has an "incredible opportunity" to engage with other nations from a common playing field and forge new partnerships and agreements, the top U.S. trade negotiator told The Associated Press. (AP Photo/Sakchai Lalit)