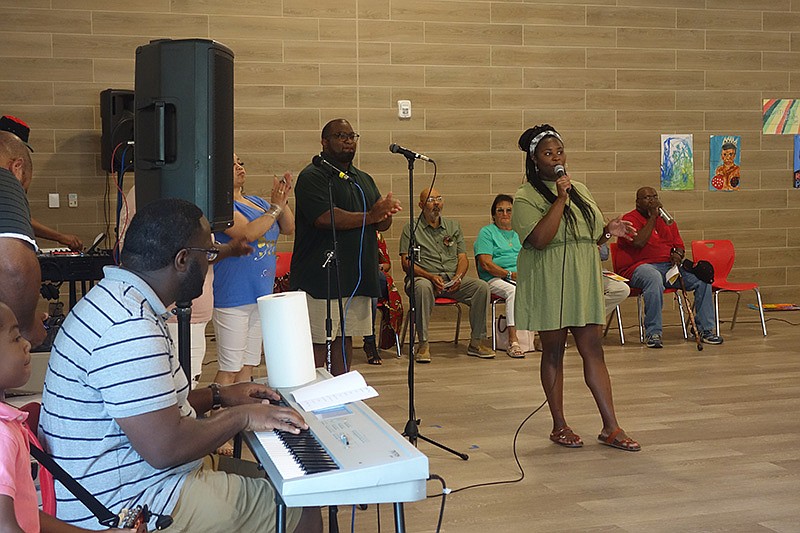 Members of the Church of God in Christ perform during Fulton's Juneteenth celebration on Saturday, held at the Legend's Rec-Plex. (Michael Shine/FULTON SUN)

Those were the words of Fulton City Administrator Renee Taylor during the city’s first Juneteenth celebration on Saturday.

Juneteenth was first celebrated the following year in Texas and has spread across the country since then.

Fulton’s Juneteenth celebration was organized by the Human Rights Commission. Around 175 people came out for it.

“I actually started crying because this is a big deal,” Taylor said. “It’s a really big deal. I’m very proud to be part of a community that is recognizing our people.”

She said it is important for the community to continue to support Juneteenth festivities as it grows and becomes a significant event in the area.

Backer said she struggled to organize her thoughts for the event because there she had so many avenues to go down.

Ultimately, both of their messaging focused around treating others with compassion and love.

“Until we as citizens, we as friends, neighbors, relatives, Blacks, whites, Latinos, Asians, people of all nations regardless of their political parties, religious organizations, north south east or west region of this land, the people we don’t even know,” Backer said. “Until we start understanding instead of misunderstanding, uniting instead of dividing, taking responsibility instead of blaming, respecting instead if hating, talking instead of fighting, trusting instead of being cynical, recognizing the truth instead of accepting lies as being more and becoming friends instead of enemies. Until we do this, there will be no peace.”

She encouraged everyone to take the time to understand another person’s culture and find commonality instead of division.

Cooper said the most important thing about friendship is know the song in a person’s heart. 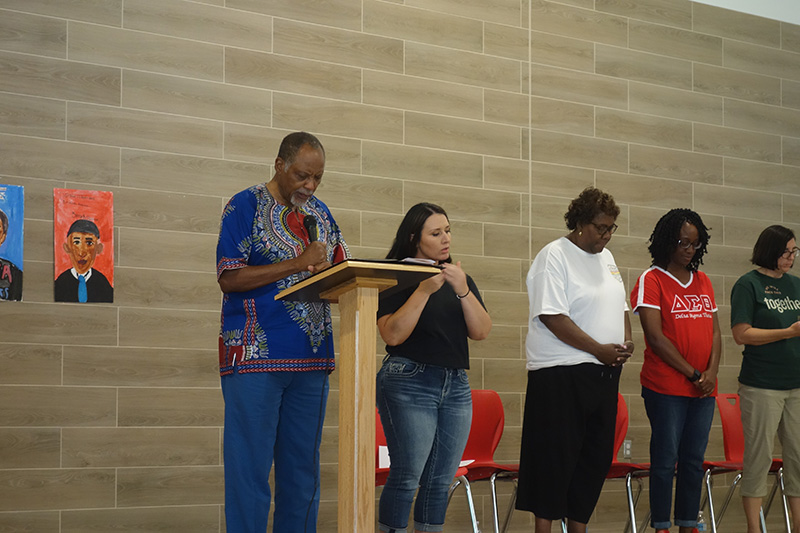 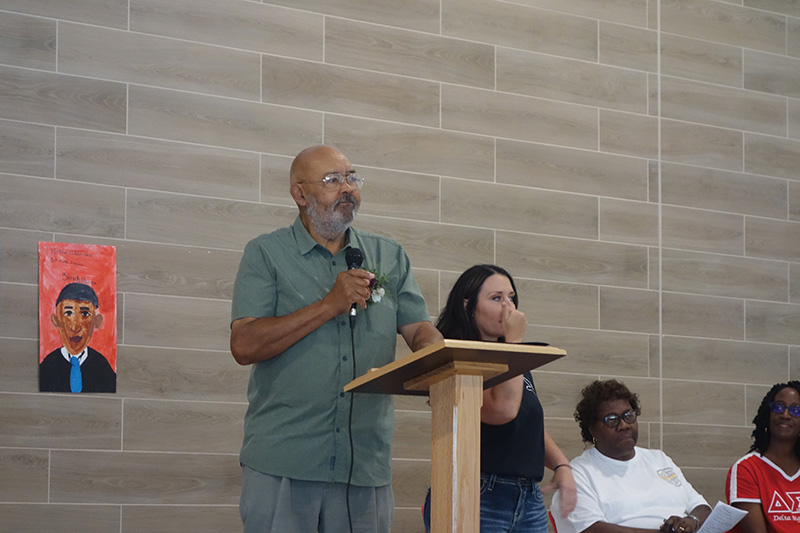 Retired Fulton physician Dr. Thomas Cooper give his keynote speech on treating others with love and friendship during Fulton's Juneteenth celebration on Saturday, held at the Legend's Rec-Plex. (Michael Shine/FULTON SUN)