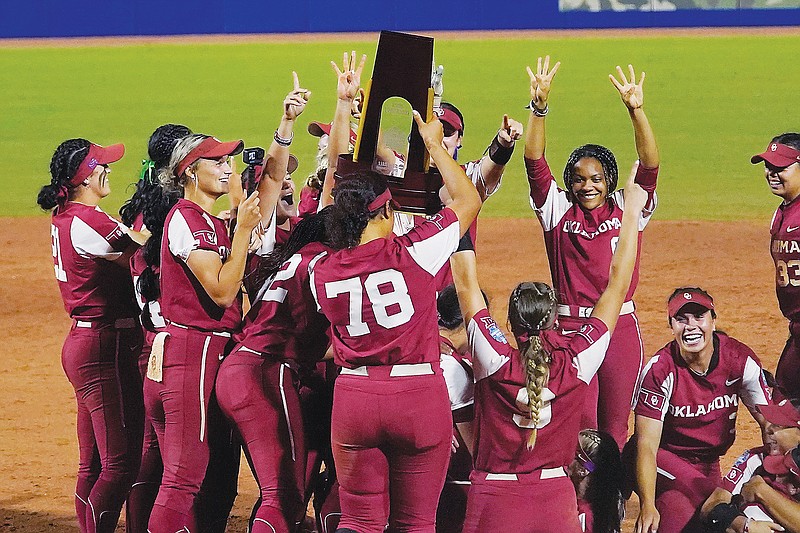 OKLAHOMA CITY -- Oklahoma and Texas, the two Women’s College World Series finalists, are set to join the Southeastern Conference in 2025 and likely will make the powerhouse conference even more formidable.

Florida was the only current SEC team to make the World Series field this year, but all 12 teams in the conference reached the NCAA Tournament.

There will be two more top-notch programs with Oklahoma and an emerging Texas program under coach Mike White. The Longhorns posted their best finish ever this season, and White believes it’s just the beginning. He said seniors such as Mary Iakopo, Janae Jefferson and Hailey Dolcini have left the program at a good launching point.

“That’s what all those seniors can say they did -- they’ve left the jersey in a better place,” he said. “We’ve set all sorts of new records and standards for our program. We’re not the standard of Oklahoma. I get that. But this program is rising. That’s what we want.”

Texas hadn’t been to the World Series since 2013. Now, the Longhorns appear SEC-ready.

“It was a really hard job building this thing from where we were,” White, who took over in 2019, said. “We were in a pretty tough place.”

Oklahoma has a bright future as well and should be in good position to make the move. NFCA first-team All-Americans Tiare Jennings and Jayda Coleman are sophomores and pitcher Jordy Bahl was the NFCA Freshman of the Year.

“One thing about Sooner softball, and I’ve seen it year in and year out is they just continue to get better,” Oklahoma slugger Jocelyn Alo said. “I don’t know what holds next year, but I know that they could be (in the running) for the best team too, and for years to come.”

The two programs will also bring a longstanding border rivalry to the SEC that can compete with any existing in the league.

Oklahoma and Texas has been one-sided in recent years, but Oklahoma won 38 straight games to start this season before losing at Texas, and now they’ve met for a national title.

“I think at this softball program, we hadn’t beat them in years, and finally getting that one win -- OK -- you can kind of start to call it that again and keep competing with them,” Dolcini said.