Mosley returning to Columbia to play for Missouri 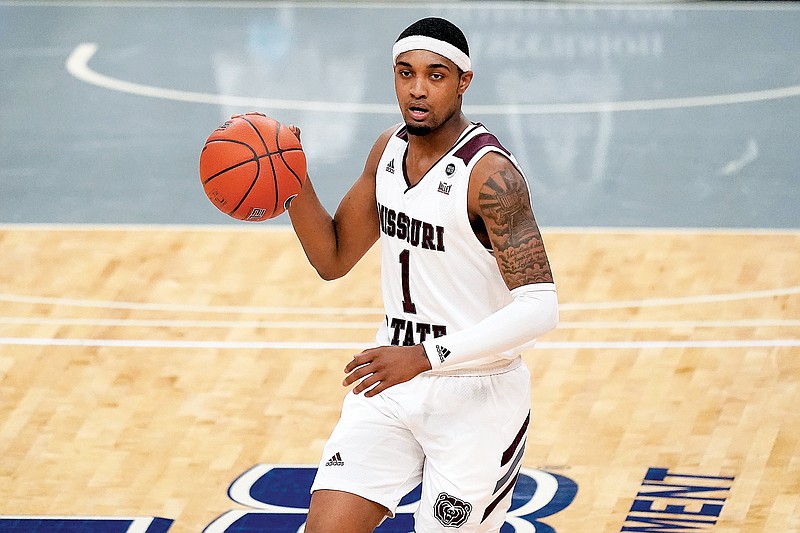 In this March 5, 2021, file photo, Isiaih Mosley brings the ball down the court during Missouri State’s quarterfinal game against Valparaiso during the Missouri Valley Conference Tournament in St. Louis. (Associated Press)

Isiaih Mosley is returning to Columbia.

Mosley, a Rock Bridge graduate, announced Monday he is transferring to the University of Missouri on Instagram with a photo of him in a Tiger uniform with the caption “I’m coming home.”

Mosley, a 6-5 wing, played three seasons at Missouri State. He averaged 20.4 points and 6.2 rebounds last season for the Bears, who advanced to the NIT. He was a two-time all-Missouri Valley Conference selection at Missouri State.

Mosley entered the transfer portal and was one of the most prolific scorers to do so.

Among the other schools Mosley was reportedly considering included Kansas, Texas Tech, Florida and Missisippi State.

The Tigers have also added four-star recruit Aidan Shaw, along with Sean East and Mohamed Diarra from the junior college ranks.

Mosley helped lead Rock Bridge to a 2019 state championship in his senior season and was named Missouri’s Mr. Show-Me Basketball.