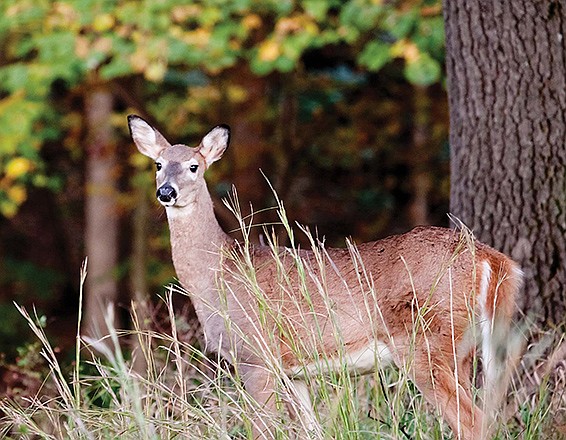 A white-tailed doe is pictured above. (Missouri Department of Conservation photo)

If you're a deer hunter, Callaway County was a prime spot for killing deer or turkey during the 2021-22 season.

The county placed third among other counties for the numbers of deer killed by firearm or by archery for the season that ended Saturday, according to the Missouri Department of Conservation (MDC),

"This year's harvest total was slightly behind last year's mark and about 3 percent above the previous five-year average," said Jason Isabelle, MDC cervid program supervisor. "We've seen an increasing trend in statewide deer harvest for about the past eight years. The deer population has continued to increase across much of southern Missouri at the same time that we've seen a population recovery in most of the counties impacted by the severe hemorrhagic disease outbreak that occurred in 2012."

Missouri archery hunters posted the third highest number of kills on record. Preliminary data from MDC showed hunters checked 60,834 deer during the 2021-22 archery deer season. Top counties for the archery deer season were Jefferson with 1,563 deer killed, St. Louis with 1,368 and Franklin with 1,274.

MDC reported four firearms-related hunting incidents during deer season with all being self-inflicted. Three were non-fatal and one was fatal.