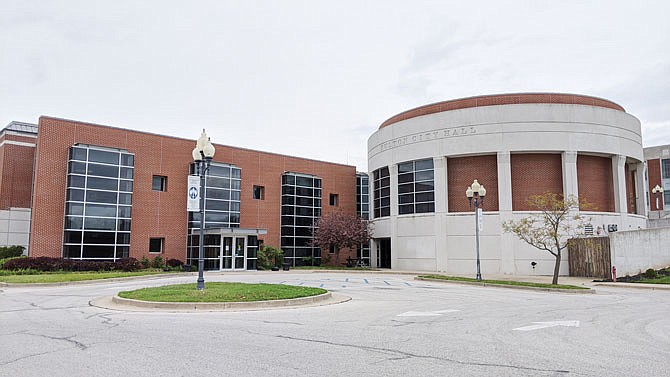 The Fulton City Council is preparing to potentially challenge the Missouri Department of Natural Resources on upgrades to the wastewater facility.

At a special meeting Tuesday, the Council approved an agreement with Burns and McDonnell not to exceed $10,000 for a third opinion on the condition of the city's wastewater plant and its impact on Stinson Creek.

The plant processes local waste prior to discharge into Stinson Creek.

Darrell Dunlap, interim director of administration, said when he met with DNR he was told to met new total maximum daily load permitting levels, the city would need to spend about $5 million in upgrades to the facility.

The total maximum daily load (TMDL) is used by the U.S. Environmental Protection Agency and DNR to focus on restoring impaired waterways. The agencies declared Stinson Creek as impaired for low dissolved oxygen and excessive organic sediment levels, according to council documents.

DNR released an implementation strategies guide in October for reducing the TMDL in Stinson Creek.

Stinson Creek was first declared impaired in 1994, according to DNR documents.

The city uses HDR Engineering for wastewater agreements with DNR -- which did its own research and came back saying the cost would be $30 million, Dunlap said.

"Right now, DNR is reviewing HDR's cost to see why they're so different," he said. "This would be another look at the data from (Burns and McDonnell). We're not changing horses, we're basically trying to get two horses."

The city cannot afford a $30 million plant upgrade, according to Council documents.

The strategy guide does go into how to pay for the upgrades.

For instance, the city could apply for a state revolving fund grant -- which it would need to pay back overtime with interest -- among other grants or loans specific to clean water efforts.

Fulton has been making improvements to the wastewater facility since 2015, according to previous Fulton Sun reporting, spending $9 million-10 million by 2020.

Burns and McDonnell will review available data on Stinson Creek and help the city review the draft of its National Pollutant Discharge Elimination System permit -- which specifies an "acceptable level of pollutant" the facility can discharge.

Essentially, the company will provide a third opinion on the matter.

"It's hard to say 'DNR, your engineers are wrong and ours are right' without having another opinion in there," Dunlap said. "This is to bring in that other opinion."