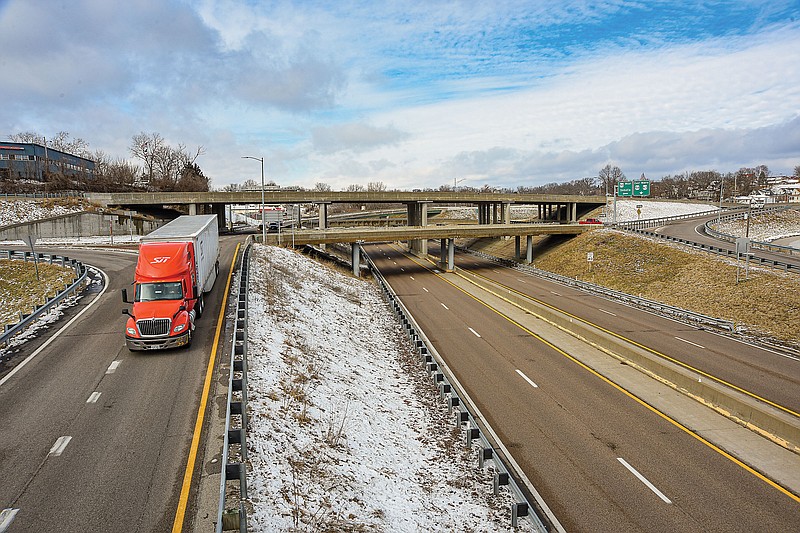 Julie Smith/News Tribune Traffic is shown on U.S. 50/63 entrance ramp Monday in Jefferson City. Missouri will receive $484 million during the next five years to improve bridge conditions in the state.

Missouri is set to receive $484.3 million from the federal Bipartisan Infrastructure Law to improve highway bridges.

The Bipartisan Infrastructure Law, also known as the Infrastructure Investment and Jobs Act, was passed by Congress and signed by President Joe Biden last November.

The U.S. Department of Transportation announced Missouri's allocation and its formula for determining bridge funding in each state Friday.

Like all funding to the states, Missouri's $484.3 million will be spread across five years. It will get $96.9 million for its first allocation.

Despite having the fifth most bridges in poor condition, according to the U.S. Department of Transportation, Missouri is receiving the 14th largest bridge allocation.

According to the U.S. Department of Transportation and the Federal Highway Administration's guidance to states, funding is allocated through a formula based on the relative cost of replacing and fixing highway bridges considered to be in poor or fair condition in the National Bridge Inventory. The formula, which is part of the legislation, was created by the Bipartisan Infrastructure Law.

The federal government is giving away more than $27 billion to states and tribal transportation facilities, which would go toward improving conditions on an estimated 15,000 bridges.

According to the U.S. Department of Transportation, it's the single largest bridge investment the federal government has made since the construction of the interstate highway system, which began in the 1950s.

Missouri has 2,190 bridges in poor condition, according to the U.S. Department of Transportation, and more than 12,715 bridges in fair condition.

The federal funds can be used to replace, rehabilitate, preserve, protect or build highway bridges in the state.

The federal government has also set aside some funds for tribal transportation facility bridges and locally owned bridges not considered part of the federal highway system, and is encouraging states to use some funding on local bridge projects.

In its guidance to states, the U.S. Department of Transportation and Federal Highway Administration suggest they use federal appropriations for bridges owned by counties, cities, towns or other local agencies, "in proportion to the scale of each state's off-system bridge needs."

"This record amount of funding, made possible by the Bipartisan Infrastructure Law, will allow states and tribal governments to fix the bridges most in need of repair," said Stephanie Pollack, deputy federal highway administrator. "It will also modernize bridges to withstand the effects of climate change and to make them safer for all users, including cyclists and pedestrians.

"Every state has bridges in poor c ondition and in need of repair, including bridges with weight restrictions that may force lengthy detours for travelers, school buses, first responders or trucks carrying freight," she added.