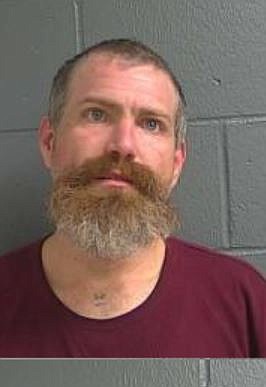 At about 6 p.m. Jan. 10, a Callaway County Sheriff's Office deputy spotted a vehicle that had been stolen just minutes prior from a convenience store on South Business 54 in Fulton.

Upon the deputy attempting to stop the stolen vehicle, a pursuit ensued eastbound on State Road F into Fulton. During the pursuit, the driver, identified as Turner Murrell, 31, of Fulton, drove head-on at other motorists, including a deputy.

Once the stolen vehicle was disabled on South Ravine Street, it rolled backwards into a Callaway County deputy's patrol vehicle, briefly pinning a deputy between the vehicles. Murrell refused to obey commands to exit the vehicle and was taken into custody. The deputy was not injured.

Murrell was booked and processed at the Callaway County Jail and formally charged by the Callaway County Prosecuting Attorney with the felony offenses of tampering with a motor vehicle, resisting arrest and property damage. Murrell is being held without bond pending court proceedings.