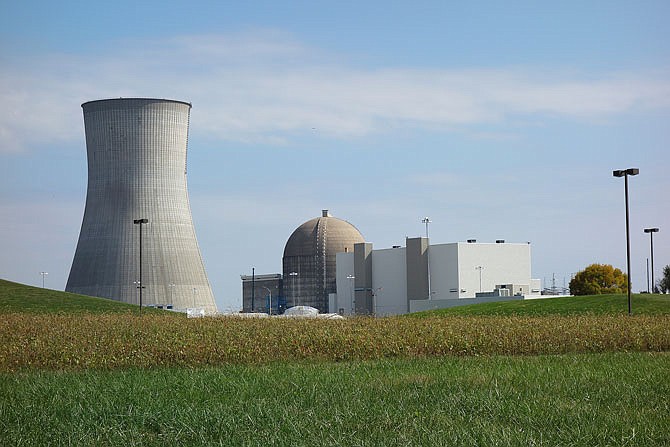 The Callaway Energy Center gleams in the sunlight.

The Callaway Energy Center received a clean inspection for the end of 2020.

According to the report, there were "no findings or violations of more than minor significance" identified during the inspection.

The Callaway Energy Center, which is owned by Ameren Missouri, produces energy for approximately 1.2 million Missourians.

While not major concerns, the report notes a trend of air compressor leakage. For instance, one of air compressors used was flushed six times in 12 months in addition to three regularly scheduled oil changes.

The report recommends Ameren move from a reactionary response to these leaks to a preventative approach.

While this is categorized as a minor concern, the report says if "current maintenance practices have the potential to lead to more significant safety concerns including unplanned inoperable equipment."