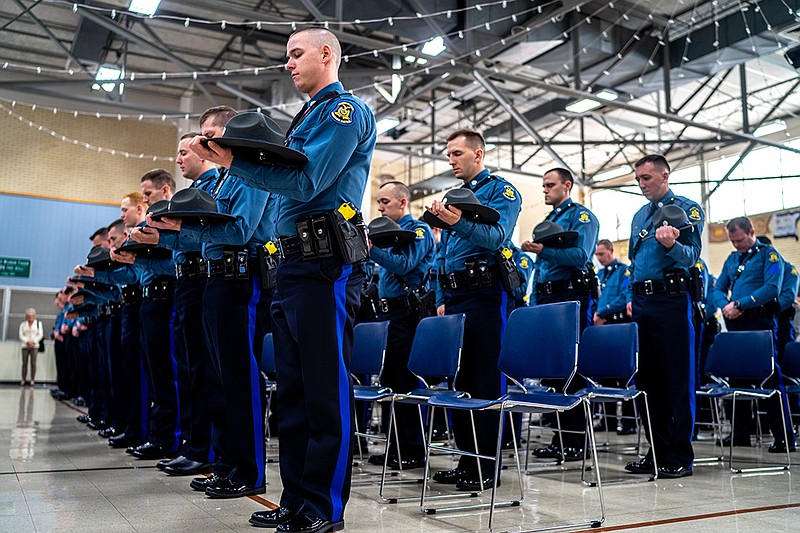 New members of the Missouri Highway Patrol remove their hats and bow their heads in prayer Wednesday during their graduation ceremony at the MSHP General Headquarters in Jefferson City. The officers were part of the 112th class. (Ethan Weston/News Tribune)

Public service is job No. 1, the state's chief executive officer told 25 new members of the Missouri State Highway Patrol at their graduation ceremony from the patrol's academy.

Speaking at Wednesday's ceremonies at the Patrol's General Headquarters in Jefferson City, Gov. Mike Parson told the 112th recruit class the job of a patrolman is much larger than just writing citations.

"I will expect you to be public servants because your job is to help people every day," Parson told the class. "Some days, you may be chasing a bad guy. But other days, you'll be helping to change the tire of a stranded motorist. You'll answer calls you really don't want to go to, but a true public servant does all these things."

Parson, a former sheriff, urged the new troopers to remember all the training they've been given during the past 25 weeks.

"You've got to be prepared, and you've got to be ready to do things right," Parson said. "There are no shortcuts, and there is no making the system easy. You have to be accountable for everything you do, probably more so now than at any other time in the law enforcement profession."

Parson also reminded the new troopers the little things do matter in the eyes of the public.

"Some kid will see you walk by and you probably won't notice him, but he's going to look at you and he's going to make a judgment about who you are and what you represent," Parson said. "Make sure you let that kid know you're there to help them if they need it. People look to you as the ones who will be able to help them in their time of need."

Superintendent Col. Eric Olson said it's a challenge to find recruits for the Highway Patrol and all law enforcement agencies, but felt confident this group would represent the patrol well. Not only were the graduates from Missouri, but there were also graduates from Connecticut, Idaho and Illinois.

Before a recruit class graduates, Olson takes time to sit down and talk with each new trooper to find out his or her thoughts on what challenges face law enforcement and how they can "positively influence the reputation of law enforcement in Missouri."

"Every one of you agreed that it all starts with treating people with respect," Olson said. "You mentioned taking a few extra minutes to talk or listen as a way to understanding problems and the needs of those we serve."

Three of the troopers participated virtually in the graduation ceremony. One of those -- Trooper Nicholas Kucsik of Bonnots Mill -- accepted the Firearms Award for having the top marksmanship scores in the class. He'll be serving in Crawford County, which is part of Troop I and is based in Rolla.

The new troopers will report to duty in their assigned troops Jan. 31.

As they concluded the ceremony, Class Commander William Henderson of Edwards told his fellow classmates to remember the job of trooper isn't a job that everyone can do.

"The day before we began the academy in August, I messaged a retired trooper I met years ago telling him I was nervous," Henderson said. "He said, 'It's going to be OK. That hat requires a little sacrifice; 112 you have made that sacrifice." 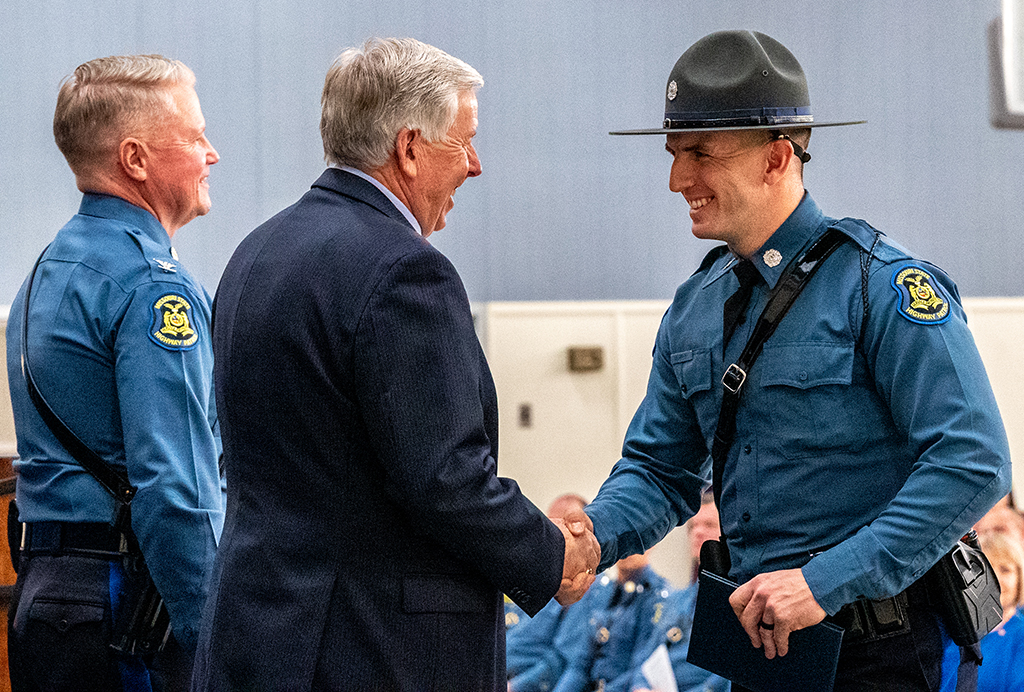 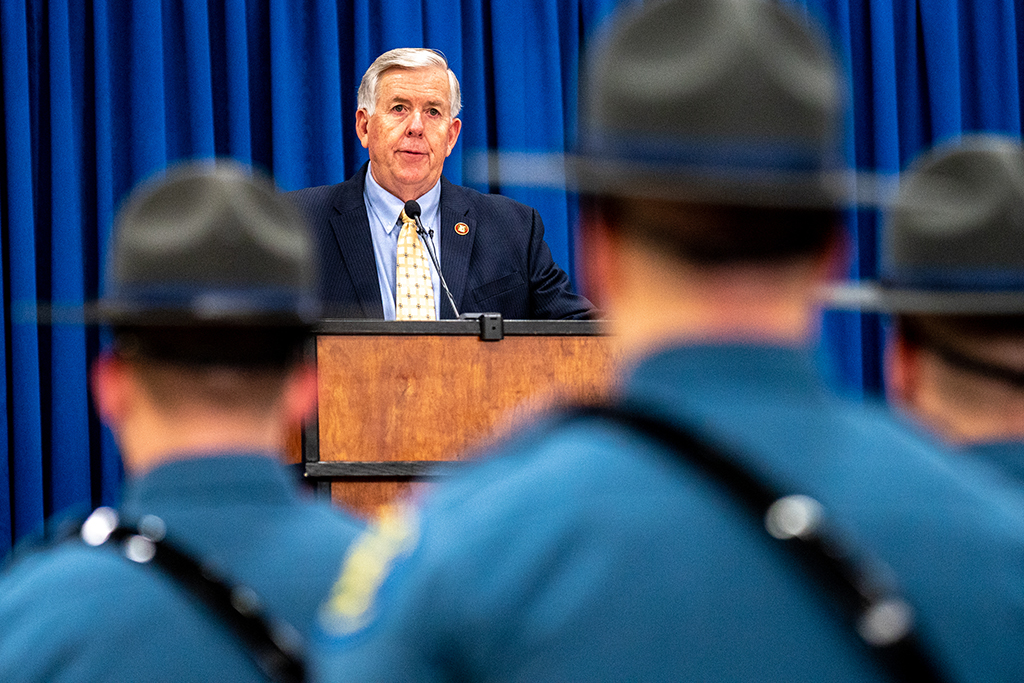