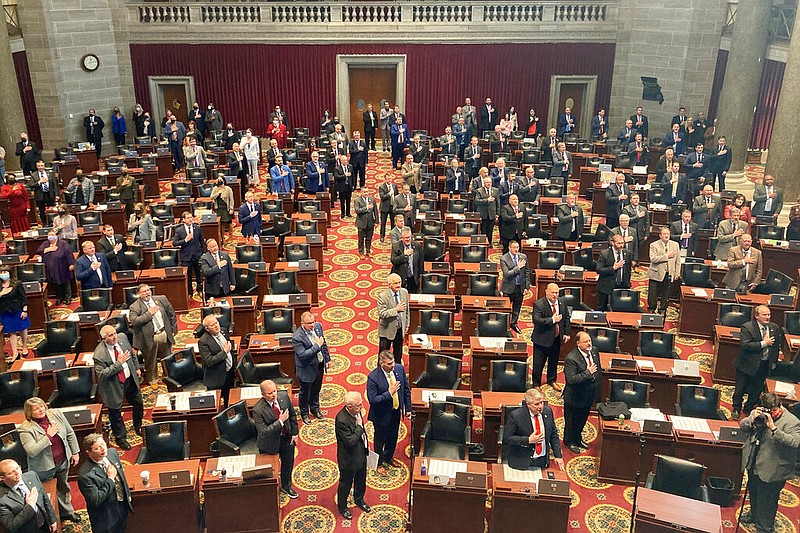 Members of the Missouri House of Representatives recite the Pledge of Allegiance as they begin their annual legislative session Wednesday, Jan. 5, 2022, in Jefferson City, Missouri.(AP Photo/David A. Lieb)

Early fireworks highlighted the first day of the legislative session in Jefferson City.

The session began shortly after noon.

In the Missouri House of Representatives, the session began with the personal items. Members recognized a moment of silence for Republican Rep. Tom Hannegan, who died of a stroke at 51 in October.

The House also recognized two representatives who marked their last day in the Chamber on Wednesday. Rep. Aaron Greisheimer, R-Franklin County, left to take a position with a contractors’ organization.

Rep. Justin Hill, R-Lake St. Louis, left to take a consulting job in Florida. On his way out, he spoke on the floor, railing against Missouri’s initiative petition process, expanded Medicaid, media coverage of government, and voters’ decision to block Right to Work.

“The Initiative petition process is a constitutional crisis,” he said. “The people are always going to vote for things that are going to sound good.”

The Senate convened shortly after 12:30 p.m.

Lt. Gov. Mike Kehoe opened the session with the pledge of allegiance and a prayer, which called for a clean slate for lawmakers.

Wieland questioned the intent of the resolution, asking why the resolution called for temporary adoption of rules and if leadership planned to change the rules.

He said there have been some trust issues among members of the Senate recently, and vowed to read language and track procedure closely.

Rowden said it’s the Senate’s normal procedure to adopt temporary rules to start and he was following tradition. The Senate approved the resolution.

Lawmakers who attended the annual Prayer Service for Missouri Government Leaders got an early start to the first day of the Legislative Session Wednesday morning.

Monte Shinkle, the former senior pastor at Concord Baptist Church, told more than 100 lawmakers and government leaders during the service that the country’s spirit is troubled, possibly like never before.

Shinkle took a moment to tell listeners that he’s been a pastor for almost 50 years.

When he started, the country was divided over the Vietnam War. He said he “came to Christ” not long after the Kent State massacre, on May 4, 1970, when the Ohio National Guard marched on the campus south of Cleveland and fired on a peace rally, killing four and wounding nine. 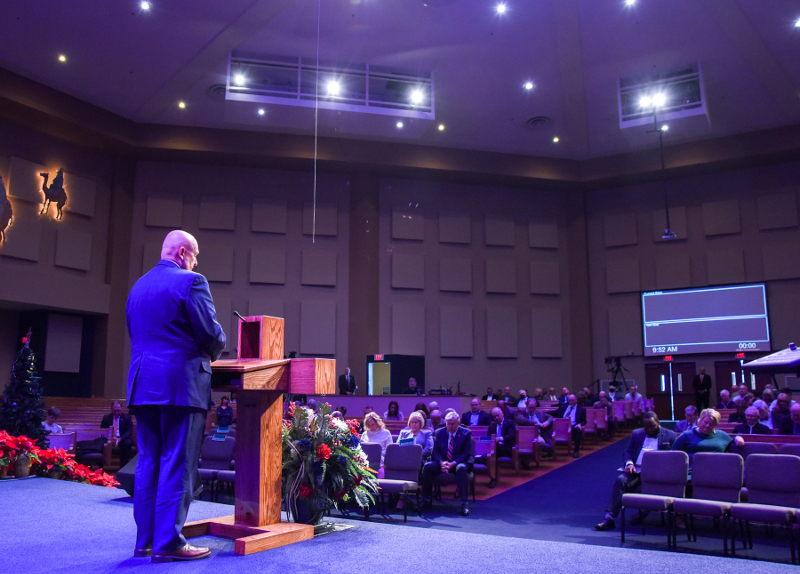