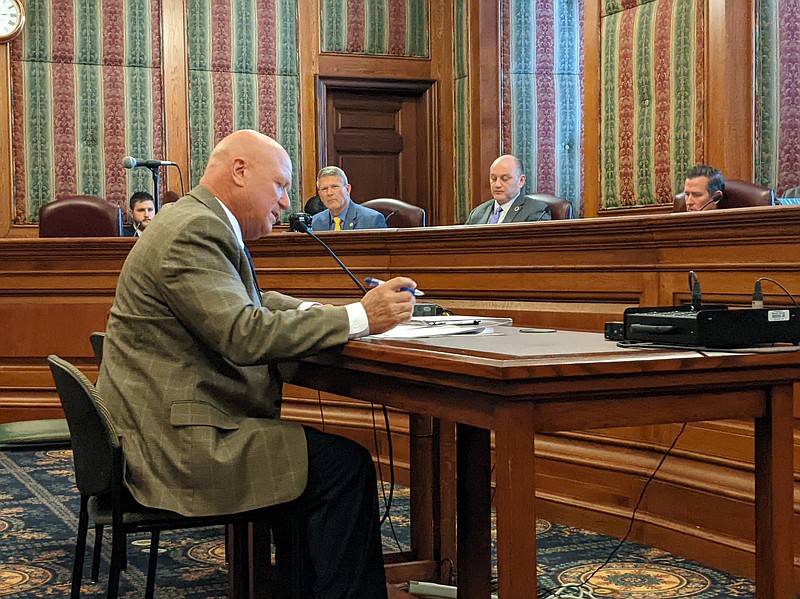 Members of the state Senate have filed legislation to expand a livestock loan program for small farmers and create a committee of lawmakers to study economic development in rural parts of the state.

Sen. Mike Bernskoetter, R-Jefferson City, sponsored SB 817, which expands Missouri’s family farm livestock loan program by changing the state’s definition of a small farmer and repealing limits on how much farmers can receive from the loan program.

Currently, the state categorizes a small farmer as someone who makes less than $250,000 in sales each year. Small farmers are limited to one livestock loan per family and can only get a loan for one type of livestock.

Bernskoetter’s bill would change the definition of a small farmer to someone who makes less than $500,000 in sales each year and removes the limit on the number of loans a farmer can receive.

He said the change is necessary to keep up with costs that have increased since the loan program began around 2008 and ensure the loan is widely accessible for small farmers.

“The price of everything has gone up so $250,000 is probably not the right amount anymore,” Bernskoetter said.

Farmers can use family farm livestock loans to pay up to 90 percent of the cost of buying breeding livestock with no interest for the first year. The state offers a tax credit to the lender in lieu of the farmer’s interest.

Bernskoetter, who chairs the Senate agriculture committee, said the loan program generates a $7.85 return for every dollar invested. More than 350 Missouri farmers have used the program in the nearly 15 years it has existed.

Jill Wood, executive director of Missouri Agricultural and Small Business Development Authority, said fewer farmers participate in the program each year because of the $250,000 limit on sales.

“As farm income increases, so does the input expenses so it just makes sense in order to do this from an economic standpoint,” Wood said.

Bernskoetter filed similar legislation last session, but it didn’t make it onto the Senate floor for debate.

This year, he said he’s unsure the legislation can get passed a gridlocked Senate.

“We’ve done very little so far,” Bernskoetter said. “So if things keep being held up like that, there won’t be a lot of stuff that gets passed this year.”

SB 705, sponsored by Sen. Jason Bean, R-Holcomb, and Sen. Karla Eslinger, R-Wasola, is another piece of agriculture-related legislation the Senate will consider this session.

The bill would establish a permanent Joint Committee on Rural Economic Development between lawmakers in the state House and Senate.

With five members from the Senate and five from the House, the committee would be charged with identifying viable industries and businesses, overseeing broadband internet expansion, and finding solutions to restricted health care and insurance access in rural parts of the state.

The committee’s focus on rural areas would also extend to identifying workforce development and infrastructure needs as well as factors that contribute to poverty and unemployment in rural areas.

“One of the many concerning pieces of information that we received from the recent census block is the tremendous population decreases from rural areas,” Bean said. “We need to identify the issues at the core of this but also take the time to find out what is working in areas of population increase.”

Multiple members of the Senate agriculture committee raised concern about creating another committee or task force composed of lawmakers but supported the idea of studying rural Missouri. They said the Senate is already having trouble mustering volunteers for existing committees.