Fulton OL Humphreys to dig in at Missouri S&T 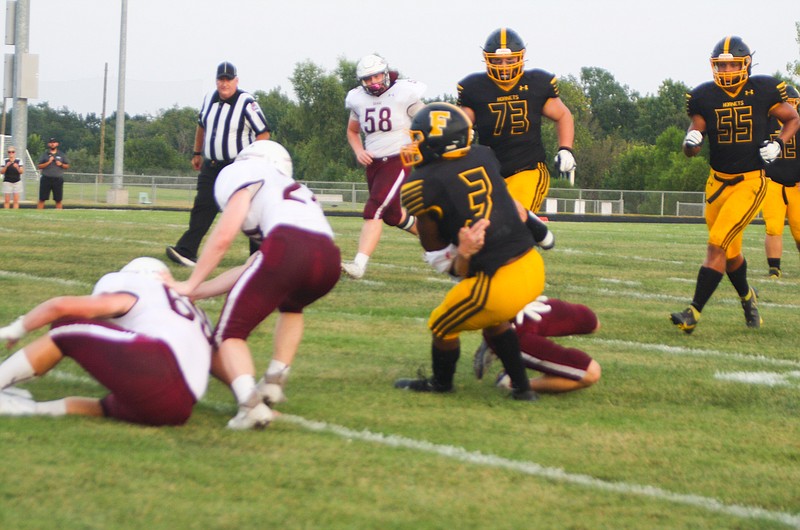 Missouri S&T shored up the offensive line Wednesday and added Fulton’s best to its ranks.

Curtis Humphreys announced Monday that he was committing to the NCAA Division II Miners following his senior season with the Hornets.

The school announced the signing Wednesday during the first official day high school players could sign with colleges and universities.

During his high school career, Humphreys has been a mainstay on the Fulton line, being a four-year letter winner and all-North Central Missouri Conference selection in his final three seasons. In his senior season, he was first-team all-conference, all-district in the Class 3 District 5 and was second team all-district on the Central Missouri media team.

Humphreys is one of six offensive linemen and 10 overall linemen the Miners added to their 2022 recruiting class that also includes 12 defensive players and 10 out of Missouri.

Missouri S&T finished the 2021 season with a 6-5 overall record and a 4-3 record in the Great Lakes Valley Conference. The Miners had a top 25 offense in the nation, ranking 23rd at 36 points per game, 24th in total yards per game at 439.8 and 22nd in passing yards per game at 270.2. In the GLVC, they respectively ranked third, second and second in those same categories.

In the previous five seasons, the Miners ended each season with a winning record, including a 10-2 season in 2018 they capped by winning the Mineral Water Bowl 51-16 against MSU Moorhead.