In case you missed it: A recap of the news gathered by the Fulton Sun the week of Dec. 30 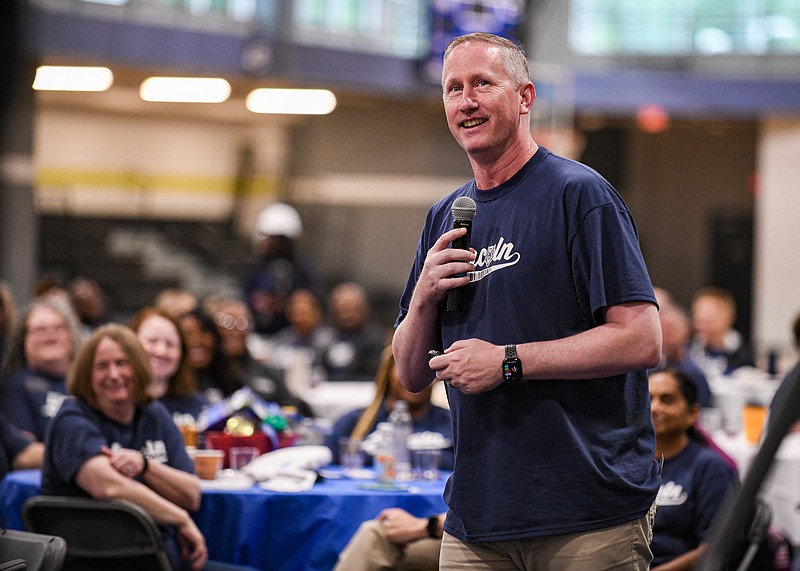 Julie Smith/News Tribune Lincoln University John Moseley addresses faculty and staff Tuesday morning during LU's fall institute during which Moseley was pleased to announce that the number of first year students are up and that other student numbers were up. He voiced some of his expectations of staff and faculty for the year and announced some of the improvements and changes to take place in the near future.

Each year, News Tribune staff members vote on which of their stories reached them emotionally.

Reporters discovered the joy of a 96-year-old cowboy, who got one last ride.

They shared the pain of losing a colleague.

They were inspired by the example of a judge who challenged others to dream.

And they connected readers with two 88-year-old residents of a nursing facility who found love.

Based on reader responses, these and other stories affected readers as much as they did writers.

Here are the top 10 stories, as voted on by the News Tribune staff, that touched us somehow.

The United States Department of Agriculture announced a $169,191 investment in Mid-Missouri Dec. 15, which will be used to help nine businesses reduce their carbon footprint and install more energy-efficient systems.

The grant money, which ranges from $2,500 to more than $38,000, will touch a wide array of businesses, from a turkey farmer in California to dental offices in Jefferson City and Fulton.

The City of Fulton is encouraging city residents to conserve natural gas this week.

Corey Pontius, superintendent at South Callaway School District, said the district approved the purchase of one bus from Midwest Bus Sales, INC for $145,644. It was approved during this month's board of education of meeting.

The bus has 77 passenger seats inside.

Other school districts have approved bus purchases this year such as Fulton Public Schools and North Callaway R1 School District.

The filing period for the upcoming election has closed, with several candidates running for the open Fulton mayoral position.

Fulton Mayor Lowe Cannell has not filed for reelection. He was elected mayor in 2019, when he received 475 votes (52.84 percent). He ran against three other candidates.

Prior to serving as mayor, Cannell served on the Fulton City Council for eight years.

Four people have filed to run as mayoral candidates in the upcoming General Municipal Election.

Missouri's minimum wage workers can expect a pay raise with the new year.

The minimum wage will increase to $12 per hour starting Jan. 1, 2023 as the last increment of a voter-approved ballot proposition takes effect throughout the state. The current minimum wage in 2022 is $11.15 an hour.

South Callaway Fire Protection District raised $3,800 for a firefighter who has cancer.

Groner was in need of support from the community and fire department after being diagnosed with stage three Rhabdomyosacoma earlier this year.

Rob Guinn has been elected as the new CEO for the company. He was appointed the position by FCS Financial's board of directors.

Guinn's appointment as CEO will take effect on Jan. 1. He will replace outgoing CEO David Janish, who served as CEO for 10 years and has 42 years of service with FCS Financial, according to a release.

Print Headline: In case you missed it A recape of the news gathered by the Fulton Sun the week of Dec. 30