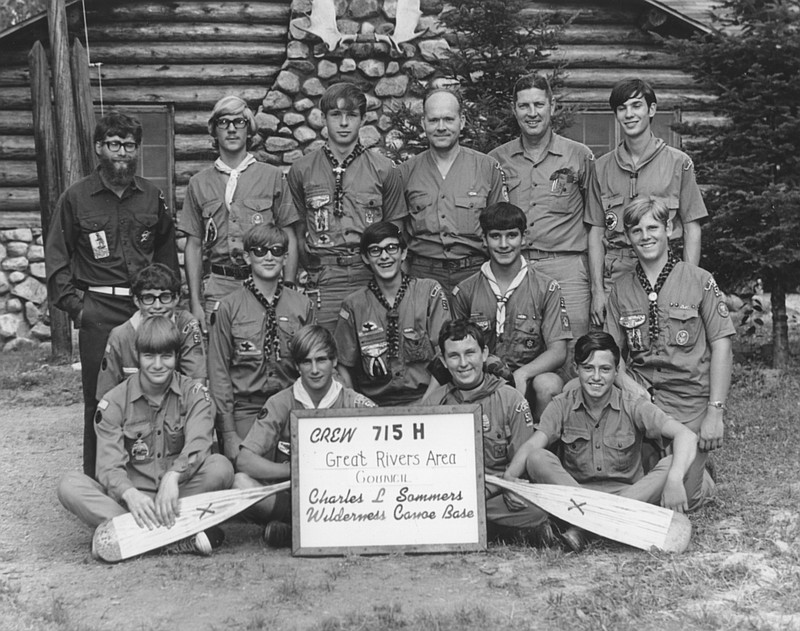 Photo courtesy Kingdom of Callaway Historical Society A photograph of Kiwanis Troop 50 in 1972, which is featured in the 50 years ago section. Dan Vargas, 1st from left in 2nd row, and Tom Binger, 4th from left in 2nd row, were awarded the Eagle award. Binger's father, George, is in 2nd from the right in the back row.

The Public Scales. Every citizen of Fulton is particularly interested in the proper adjustment of the public

scales, on the accuracy of which depends the price we pay for coal, corn, hay, etc. It is well known that

the city scales are not correct and the probable variation is some ten or twelve pounds on the hundred.

Numerous experiments have been made by citizens, and all have proven the inaccuracy of out balances.

They make articles weigh too much from ten to twelve percent. This is no inconsiderable item, when we

consider the millions of pounds that are annually weighed on these scales. Instead of receiving 100

bushels of coal, for instance, that a person contract for, he in reality only gets 88 to 90 bushels. Of

course, this is not the fault of those who sell, but of the false balances. The difference in value between

the nominal and actual weight of the various articles sold by this standard during the past month, would

purchase an entire new set of balances. If the city is determined to monopolize the public weighing, the

If you order your daily life by the sound of the School for Deaf whistle, it is important to know that a new

Owner of First Sewing Machine in Callaway County Died at 100 Years of Age. A former resident of

born at Madisonville, Ky, April 25, 1822 and became an orphan at the age of three. She came to Missouri

at 16 years of age. She first resided at Cote Sans Dessein, on the Missouri river where she lived with the

family of Capt. George Bennett, first man to journey up the Missouri river to the Yellowstone River by

steamboat. He would go up the river in the spring and buy furs from the Indians. After leaving Cote Sans

Dessein, she moved to New Bloomfield where she married Jackson Lynes in 1845 when she was 23 years

old. She had been considered an old maid. They had 9 children, 5 of whom still live. Her husband was a

merchant who purchased most of his stock in Philadelphia, PA. He made many trips to Philadelphia and

always bought his wife a novelty. She had the first sewing machine in Callaway County. This machine is

still in the family. She had one of the first coal oil lamps ever made. She also had a piece of the 'Atlantic

cable,' the first attempt to lay a cable under the Atlantic. She had a photograph of a relative made in

1832. She was 22 years old when the first telegram was delivered. The writer had to pay 25c for its

delivery. For many years, she traveled in a wagon and always kept a pot of coal in the wagon as matches

were scarce at that time.

That's the number the driver had when he left southern Missouri. How many he has when he gets to

Minnesota remains to be seen. Regular runs are being made with rabbits. In Minnesota, they are turned

over to the State Game Commission and used for breeding purposes.

Company. Like many others in Fulton, Gilmore has pledged his support to keep the Fulton colleges

strong. The Fund Drive will conclude with a workers' luncheon at William Woods College.

The highest award in Scouting, the Eagle award, will be presented to Dan Vargas and Tom Binger,

members of the local Kiwanis Troop 50. Dan is the son of Mr. and Mrs. Esteban Vargas, a sophomore at

Fulton High and is a member of the Presbyterian Church. Tom is the son of Mr. and Mrs. George Binger,

a sophomore at Fulton High and a member of Court Street Methodist Church.

had 20 entries with 12 advancing to the final round of the competition. They included Jeremy Polston, 1st