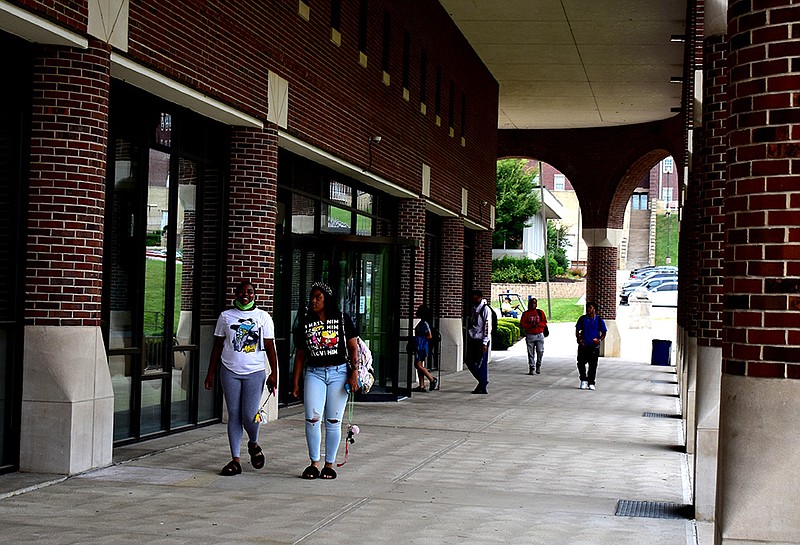 The Missouri Department of Higher Education and Workforce Development is preparing for an increase in the number of college students receiving state financial aid this year.

Legislative changes to the rules governing state financial aid programs and increased appropriations will likely lead to an uptick in the number of students receiving aid, said Jessica Duren, assistant commissioner for communication and outreach.

"We're really pleased with all of the increases to financial aid this year," Duren said. "I think it's going to make a really big difference in a lot of students' lives."

Official numbers of students who are eligible for state financial aid aren't available yet as schools will begin processing awards Sept. 7. Programs have various deadlines for when the data will be reported to the state.

The department is also updating the Fast Track program's application process to reflect changes passed by the Legislature earlier this year. It expects to have the application available this fall.

Senate Bill 672, sponsored by Sen. Lincoln Hough, R-Springfield, and signed into law by Gov. Mike Parson, expanded the Fast Track program to include more training programs and apprenticeships, and repealed conditions that required students to complete loan counseling and live in the state for three years after completing their program. It added a requirement that participants live in the state for two years before receiving aid.

Based on those changes, Duren said, the department is "definitely anticipating more awards for Fast Track."

The Fast Track program is aimed at working adults looking to earn a degree or skill up with certifications and apprenticeships. The grant can be applied to tuition and fees or direct costs associated with apprenticeships, such as tools, books and uniforms. It supported 391 students last year, with awards totaling $1.6 million.

Previously, if students left the state to live or work elsewhere in the three years after completing the program, the grant turned into a loan. With the legislative change removing that requirement, the department is forgiving loans of students who left.

"We do anticipate that taking off that potential pay back loan piece would open it up to a lot more adults to take advantage of the program," Duren said.

She said Access Missouri, the state's need-based aid program, could also see an increase in the number of students receiving awards after the Legislature appropriated more money for the program, allowing the department to revise its income eligibility cap.

Access Missouri grants are awarded to students based on their expected family contribution determined through the Federal Application for Federal Student Aid (FAFSA).

Access Missouri awards are set to the maximum amount allowed by statute.

For students whose FAFSA filing determines an expected family contribution greater than $7,000, state statute requires awards amounts to be reduced by 10 percent of the maximum award. For them, awards will range somewhere between the minimum and maximum amounts.

The state revised the ACT test score required to receive the full Bright Flight award up to 32 (the top three percent of test takers) and is accepting super scores, which is a score formed with the student's top scores on each section of the test across multiple attempts.

"We think by adding the super scoring that it will probably even out a little bit, even though the score was raised from a 31 to a 32," Duren said.

"It's really great news for students who scored a 30," she said, adding that it's retroactive to students who graduated high school as early as 2018.

Duren said the department is asking institutions to help identify those current college students, who graduated high school about four years ago and might now be eligible for state Bright Flight funds.

It's more difficult to predict award numbers within the A+ Scholarship program, established to give eligible high school students financial relief when attending community college or technical school, Duren said.

It depends on what high school seniors who graduated in the spring decide to do, she said, adding that the department will have a better idea of award numbers once institutions submit enrollment data to the state, which hasn't happened yet.

Approximately 14,181 students received A+ scholarships during the 2021-22 school year, according to department figures, totaling about $49.3 million in state spending.