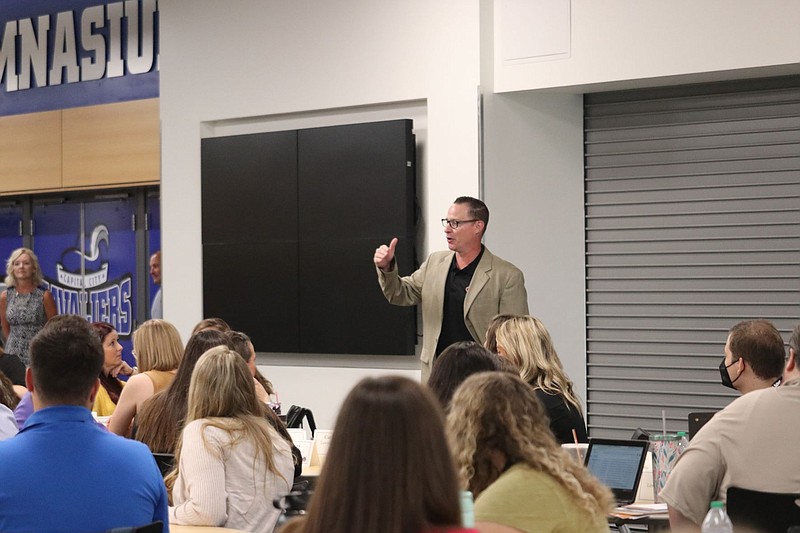 As they welcomed new staff members, JC Schools administrators acknowledged the difficulty and importance of teaching.

"I can't even imagine starting as a teacher in this era of education," Superintendent Bryan McGraw told teachers.

But administrators were also upbeat about the start of a new year with a large group of incoming educators, some of them first-year teachers.

"Overall, more than 100 new teachers in the district -- obviously it's a special day for them and a special day for us. And it's our goal ... for them to be here five, 10, 15, 20 years from now delivering great education to our kids," McGraw said.

The day included a staff breakfast, a welcome and introductions to each building leader, and breakout groups that will also extend into today, covering topics like meeting the needs of all learners, curriculum and instruction, classroom resources, mental health, literacy and math, and groups designed to get new teachers acclimated to the technology and software they will be using.

"I hope they feel less nervous, and that there are so many people in the district that are here for them," Deputy Superintendent Heather Beaulieu said.

While the sessions are geared toward showing teachers the ropes, Beaulieu said they also try to make new teachers feel at home.

"At the end of the day, I want them to feel less nervous for students to start, and that they're very valued and part of the family, starting today," she said.

Beaulieu was excited to have new teachers. With a new superintendent and new plans for instruction and student engagement, starting as a new teacher isn't such a big deal, Beaulieu said, because new teachers don't see those things as changes, but instead get to start fresh with them.

The new group of teachers includes those who have taught before but are new to the Jefferson City School District, those who have left the district and returned, and those who are just starting out as teachers.

Cameryn Campbell, a first-year fourth-grade teacher at West Elementary, was feeling a mix of emotions Monday.

"I'm excited. I'm a little nervous, but I have a great group at West helping me out, and they're getting me into the groove of things, so they definitely make it less nervous," she said.

Campbell, who graduated with her bachelor's degree in elementary education from William Penn University, said she's ready to get connected as a first-year teacher.

"I'm excited to meet my students and start getting a relationship with them, and I'm also excited to make new friends as I go into my career," she said. 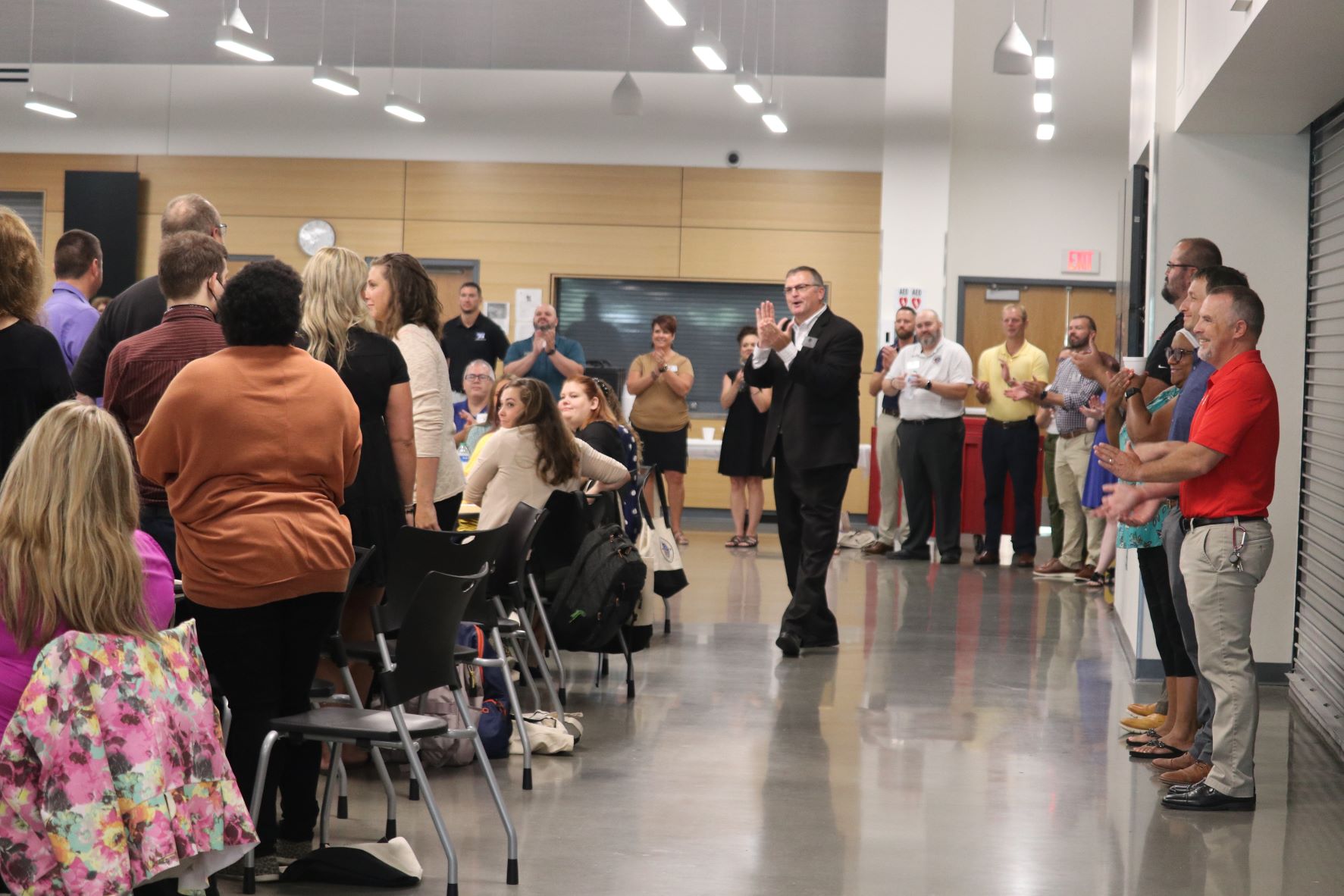