Daly to bring passion to Missouri School for the Deaf 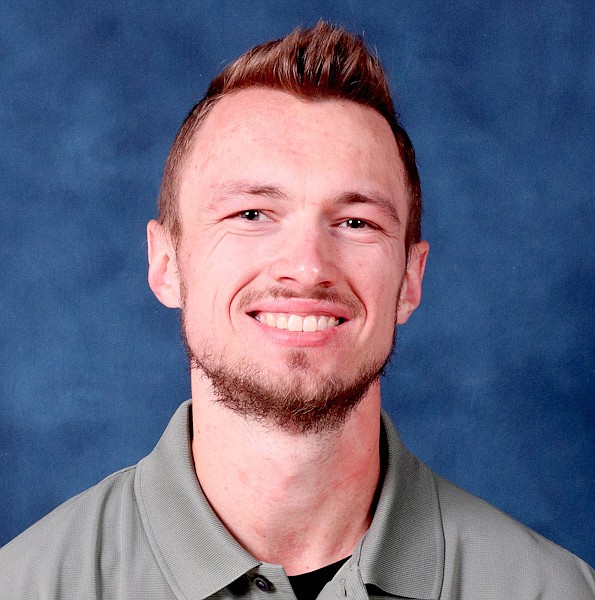 Ever since Andrew Daly was exposed to the environment of an all-deaf school, he fell in love with it and wants to bring his passion for sports to the Missouri School for the Deaf.

Daly, who was born deaf, was recently hired as the new activities director at the Fulton school after some experience working at the Texas School for the Deaf as a wrestling coach. While his new school is much smaller, having less than a hundred as opposed to hundreds in Texas, he sees much growth potential for sports at the Missouri school.

Daly didn't attend an all deaf school until his junior year in high school, when he attended the Model Secondary School for the Deaf in Washington, D.C., but he realized then he was comfortable in that environment and participated in football, wrestling and baseball.

He has Associate of Science and Bachelor of Science degrees in applied math from his education at Austin Community College and Texas State University. But, in Daly's words, "sports has always been my passion." So when his significant other applied for a position at the Missouri School for the Deaf, Daly saw the activities director position was open so he applied to work there as well.

The school typically tries to offer football, volleyball, basketball, track and cross country as is listed on the website. High school cross country is being offered currently and will start soon at a Oct. 5 meet in Hermann. The Missouri School for the Deaf Eagles compete in the Great Plains Schools for the Deaf Conference with seven other deaf schools in nearby states but also competes against local MSHSAA schools like they will in cross country.

With the pandemic and a low number of students, the school hasn't been able to consistently offer every sport, with football and volleyball seasons having to be canceled. In recent days, Daly has been asking students what sports they are most interested in, with most saying basketball and volleyball. So he is looking to set up a volleyball clinic for students to maintain their skills and a basketball program in the winter for at least the middle school students.

A big goal for Daly is to make sure students have the freedom to pick whichever sport they want to participate in, a privilege students at the deaf schools in Texas and at the Model Secondary school had. Daly said those are considered to be prestigious schools, but Daly still sees much potential for growth at the school.

"I think that is what drives me," Daly said. "I know this school has a lot of potential to grow. I'm very impatient, but I envision a lot of changes in the near future. I want students here to have that freedom of picking a sport/activity as well."

Other than the standard sports, Daly said he is exploring the possibility of setting up an E-sports team while the wrestling coach in him wants to establish a wrestling program, which to his knowledge would be the first at the Missouri School for the Deaf.