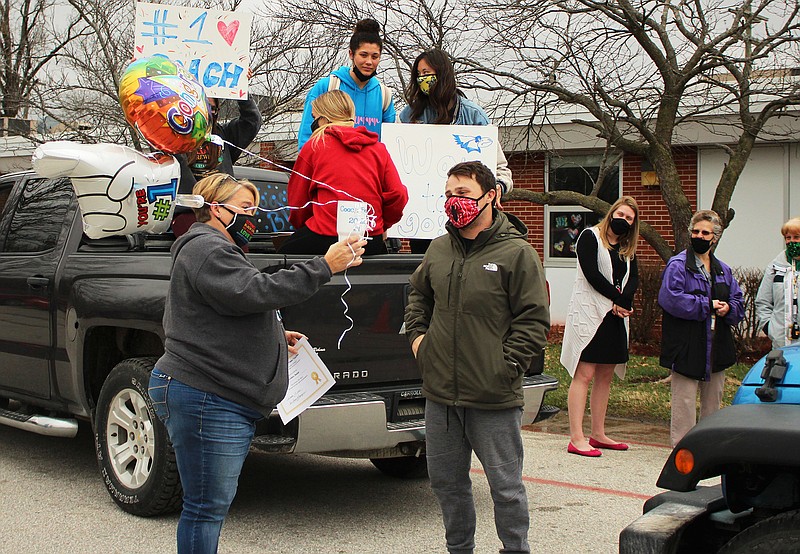 Beeler set a goal for himself to learn every student's name during the first week of school, Broadway explained. He also quickly jumped into leadership roles.

"He's worked to build that relationship with all of our students," Broadway said.

Friends and colleagues cheered and passed in cars decked out with signs and streamers.

"Branden was ready to teach when he was a sophomore," Westminster professor Barri Bumgarner said, praising Beeler's empathy and motivation.