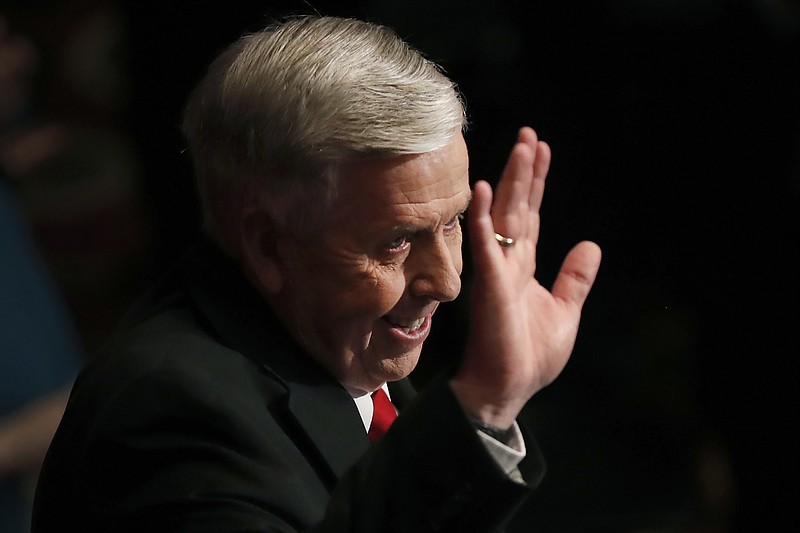 When Gov. Mike Parson delivers his annual State of the State address to a joint session of the Missouri General Assembly this afternoon, it will look slightly different than usual.

Because of COVID-19, the 34 members of the Senate, along with the state Supreme Court judges, will be seated in the upper gallery of the House instead of alongside their 163 House colleagues on the chamber's floor.

Other statewide officials will still be seated with the House on the chamber's floor.

And while there will certainly be guests on hand to see the governor lay out his legislative and budgetary priorities, attendance will be purposefully kept to a minimum.

The precautions highlight the balancing act facing lawmakers as they navigate a pandemic that already derailed their work last week, when the House canceled a session because of a coronavirus outbreak among members and staff.

Sen. Andrew Koenig announced Friday he had tested positive for COVID-19. His announcement came after he'd participated in two Senate committee hearings that week. So far, there have been no additional reported positive cases in the Senate.

Of the 32 governors who have delivered or scheduled their State of the State addresses this year, 18 decided to forgo a joint legislative session because of COVID-19 concerns.

In states like Kansas and Indiana, for example, the governors pre-recorded speeches that were then posted online.

In Virginia, the governor delivered his remarks from the House chamber but with virtually no one in attendance. Wisconsin's governor spoke remotely while lawmakers watched in their respective legislative chambers.

Parson's spokeswoman didn't respond to an inquiry about whether delivering the speech remotely was considered, but on Monday the House officially approved a resolution convening a joint session today for Parson's speech.

As for what he plans to say to the joint session, those close to the governor have remained tight-lipped, though a few details have begun to emerge.

Parson is expected to once again call for more money to be put into workforce development and toward road and bridge repair - two ideas that have been the cornerstones of his legislative agenda since taking office in June 2018.

He'll also likely address how the state will pay for the expansion of Medicaid eligibility that was enacted by voters in August.

Early childhood education is another topic the governor is expected to address. In particular, sources close to the governor said he wants to issue an executive order moving early childhood-related programs that are currently housed in the departments of health and social services into the state's Department of Elementary and Secondary Education.