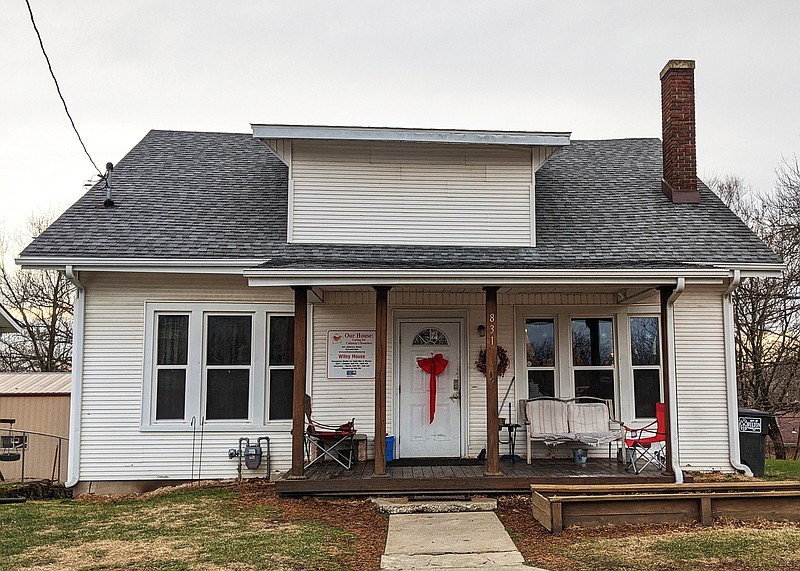 A return to 24-hour services at Wiley House has put Our House's budget to the test once more. Callaway County's only homeless shelter has helped more than 400 people since the pandemic began, Executive Director Misty Dothage said.

"We went to 24-hour operations on the Monday before Thanksgiving, so we've been going for a month," Our House Executive Director Misty Dothage said. "When COVID numbers started to climb, we were hearing how a lot of common areas people go to during the day were starting to go to restrictive measures again. About that time, the cold was starting to kick in before it went back to summer again in November. We decided to play safe as best we can and provide a safe place for folks to be during the day."

Typically the shelter stays open only overnight, with guests going elsewhere or working during the day. But as the pandemic spread, people across the country were instructed to stay home and many were sent home from work. Our House went to 24-hour operations so guests would have a safe place to go during the day.

(Our House's family shelter, Haven House, was already a 24-hour shelter before the pandemic and remains so.)

When cases slowed and money became tight, Wiley House switched back to its typical hours in July. Dothage said the shelter might switch back to 24-hour operations if cases spiked late in the year - which has indeed been the case.

"We're busy - we're above capacity on males, though we have some open female beds right now," she said.

"People show up, they're desperate and crying, the whole world has just crumbled on them and it's Christmas Eve, and we just can't turn them away," Dothage said.

For some clients, being able to stay at Wiley House during the day has given them extra time to apply to jobs and the ability to accept shift work.

"Whatever shift available, they can take it and they have somewhere warm to go when it's over," Dothage said.

For others, the ongoing pandemic has proved discouraging, isolating and tough on their mental health.

"It's been hard for some to maintain motivation, especially through the holidays," Dothage added. "We've been trying to keep people uplifted as much as we can."

She said the increased demand extends to Our House clients who don't stay at the shelter but receive services or goods such as "warmth bags," hygiene items, help filling out job applications and more.

The increased demand put increased strain on Our House's staff, who are trying to cover both night and day shifts supervising the shelter.

Dothage is currently hiring a part-time night supervisor, she said.

"I haven't had chance to catch my breath," she added. "Mondays and Fridays I run errands for shelter, pay bills: my executive director-y type stuff. Tuesday, Wednesday and Thursday I'm at Wiley House as staff to try and keep costs down. We're back to that."

In July, the shelter introduced an intake policy requiring that new guests take a COVID-19 test. Those who test positive are required to self-isolate in a hotel room. That policy remains in place, but the county CARES Act money that funded it runs out today.

"We do not know what's on the horizon for that," Dothage said. "We won't be able to sustain providing funding for that testing out of our own budget. They're $150 each."

As Dothage pointed out in July, Our House hasn't been able to host its usual annual fundraisers due to the pandemic. Instead, they've largely relied on the generosity of individual donors and local businesses.

In the spring, local restaurants teamed up to allow donors to buy meals for Our House residents. That campaign officially wrapped long ago, but Tacos and Tequila and Brooklyn Pizza have continued it unofficially - they still get the occasional local calling to offer a meal for the shelter, and contact Dothage to coordinate catering.

"We've always had good group of folks who stay with us that are really appreciative," Dothage said. "Them getting to see some of the community support coming in during the day, it's been a way for them to see that people in the community who don't even know them love them. That's been really cool for them to experience and see."

Community members can help by donating paper supplies (such as disposable plates and paper towels), soaps and detergents. But monetary donations are the most needed and will be most useful, Dothage said.

To learn more about Our House or to donate, visit ourhousecallaway.org.