Shake it up with Black N’ Gold Nutrition 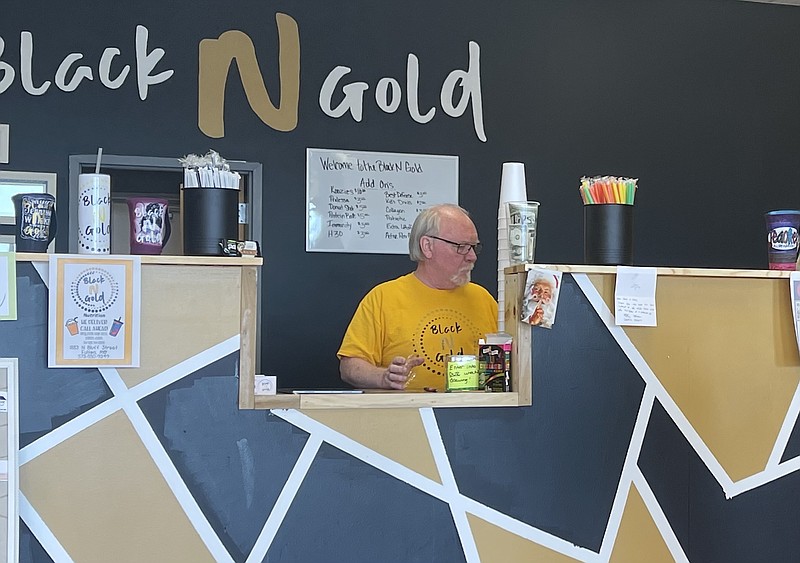 Jim and Kanesha Boone opened Black N’ Gold Nutrition, 1883 N. Bluff St., back in October. On Dec. 1, they had their ribbon cutting with the Callaway County Chamber of Commerce.

The name came to the two owners after they already decided on another one. They had people pitching them store names left and right, but once someone suggested black and yellow for the Hornets, Kanesha Boone decided on Black N’ Gold.

“I said black and gold it sounds good,” Boone said. “It goes together, but we also didn’t want the surrounding communities to think that we were only for Fulton. We want everyone to feel like this is a welcoming place so we painted surrounding area mascots on our ceilings tiles and each mascot has a drink named after it.”

After she lost her brother, Loren Mackley, to suicide, Boone realized she wanted to change her life.

“I wanted a change from what I was doing, and I wanted to give back more,” Boone said. “I just want to be where I can help people. Being in my office chair, I wasn’t happy there. So I needed a change, something different. I asked my husband if he would go all in with me, and now six weeks later we’re making drinks and making shakes, and we’re very excited that we decided to do this.”

The idea of opening a nutritional-based store was due to Kanesha Boone drinking supplement shakes herself.

They offer loaded teas, which can contain different levels of caffeine based on an individuals preference. The teas have all Stevia-based sweeteners, provide clarity and help the body function. Their beauty teas are similar but also include collagen. They also have different supplement shakes containing 17-24 grams of protein.

Since opening, the two have been extremely busy.

“We are so blessed with customers,” Boone said. “We pick up new people everyday. I try to put as much out there on Facebook as I can, but I think it’s been our customers bringing in our new people.”

Out of all their customers, 23 percent are family or individuals they know with the rest being completely new people within the community.

“I want our club to be a place where people can come and if they need something, as long as we have it, we can help them,” Boone said. “Like we did the can food drive, we did a coat drive, I want to do box fan drive once summer comes. We did adopt-a-family with another little boutique group, and I want to be able to adopt some kids for back to school. I just want to give back. I never thought in my life I’d be this giving, but I want to make people happy. I want to put smiles on other people’s faces.”

Right now, until around April, Black N’ Gold Nutrition is giving 30 percent of their proceeds to the local schools’ Parent Teacher Organizations.