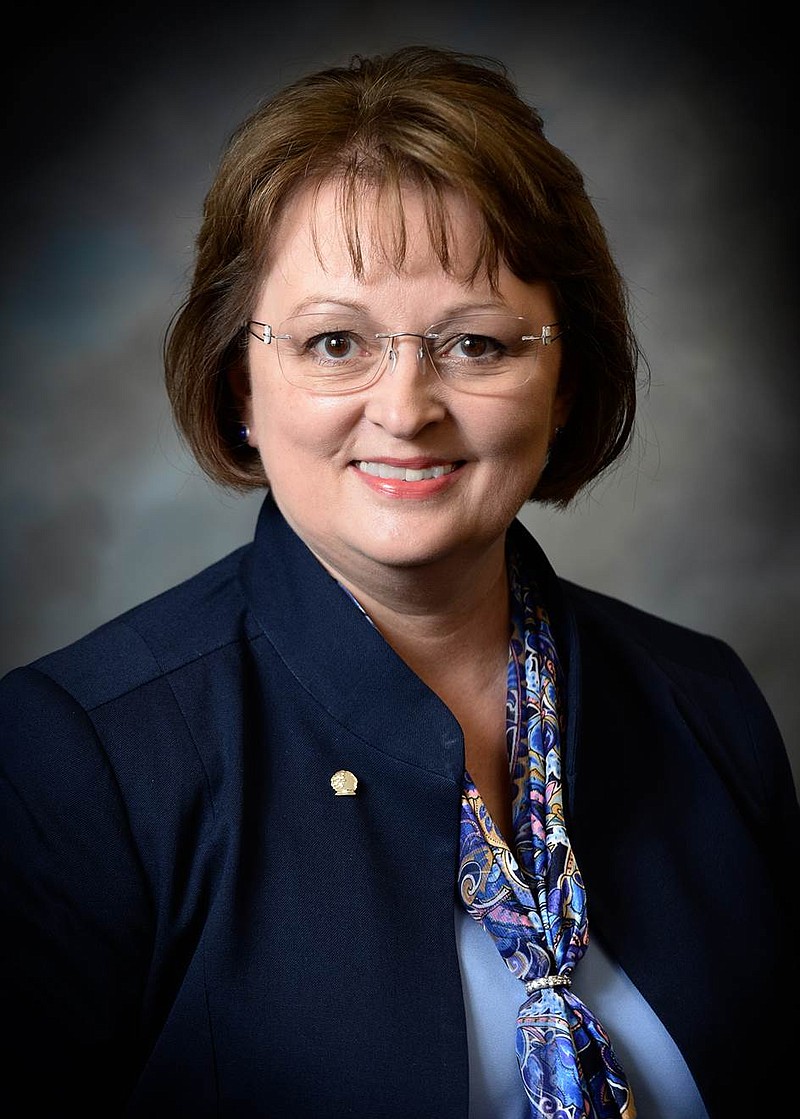 <p>Submitted</p><p>When Kim Barnes first started at The Callaway Bank, she was a lobby assistant. She worked through several departments until she landed her current position as the first female and first non-Harris family member to be the president and CEO of The Callaway Bank.</p>

Though Kim Barnes originally grew up in southern Missouri, she fell in love with Fulton’s small town charm.

She attended William Woods University where she earned a degree in accounting with a background in computer sciences. While she was attending the university, she also met her husband, Rob.

With him being a local, and Fulton’s community quickly growing on here, she quickly realized she had found home.

“I stayed,” said Barnes. “And I have not regretted it a minute since. It sounds cliche, but I think this is where I was meant to be.”

Barnes had several jobs after college, and though she was grateful for them all, she felt as though she hadn’t found her place yet. That is, until she walked into The Callaway Bank.

“A gentleman here at the bank had been conversing with my father-in-law, who I was working for at the time, and said, ‘We have some positions open at the bank,’ and my father-in-law sat down and said, ‘I think you ought to apply,’” said Barnes. “Well in a way, I was kind of hurt by this, like you want me out but it really wasn’t meant that way. It was like here’s a great opportunity, and I think you’d be great at it. So I came in and applied.”

She started out as a lobby assistant where she greeted individuals and did some receptionist work.

Her first week at the bank was a little chaotic. They were converting their computer systems to in-house, and no one knew what was going on — except for Barnes.

“I raised my hand and was like I know how to do that,” said Barnes. “I can do that.”

And from there, she worked her way through almost every department of the bank over the last 35 years.

“It feels like it was yesterday,” said Barnes. “I remember the feeling when I walked in the lobby for that first interview, and this is where the cliche comes in, but I felt like I was walking into home.”

She is not only the first female to be the president and chief executive officer of The Callaway Bank, but also the first and non-Harris family member.

Barnes has been in her current position for almost nine years now, and she still loves what she does and believes in what she does.

“I was taught by my predecessor,” said Barnes, “that a community bank has to take care of its community, and I think that’s maybe why I feel so at home here, because I believe that.”

And her love for her community doesn’t stop at the bank. Barnes is part of the Chamber of Commerce, the Fulton Area Development Foundation and SERVE.

“Community service is important,” said Barnes. “It’s been a long-standing tradition that we help where help is needed. And we’re proud of the fact that we can help people achieve their dreams, help families accomplish their well-being and their goals, and help businesses start and succeed and thrive. We take it seriously; we take community service serious, individually and collectively.”

Barnes, a self-proclaimed workaholic, will admit her job takes up a lot of her focus, but she has such a strong passion for it.

With that being said, she does enjoy decompressing from time-to-time by nurturing something and watching it grow, so gardening has been her go to for relaxation.

“I’m an optimistic person,” said Barnes. “I believe that people can grown and situations can be improved, and that positive change can happen. And I want to be a part of that; I want to be a catalyst for that.”

So whether that be her garden, her kittens or her thriving community, Barnes just wants to be a part of their growth, to see how far they can go and what she can do to help them.