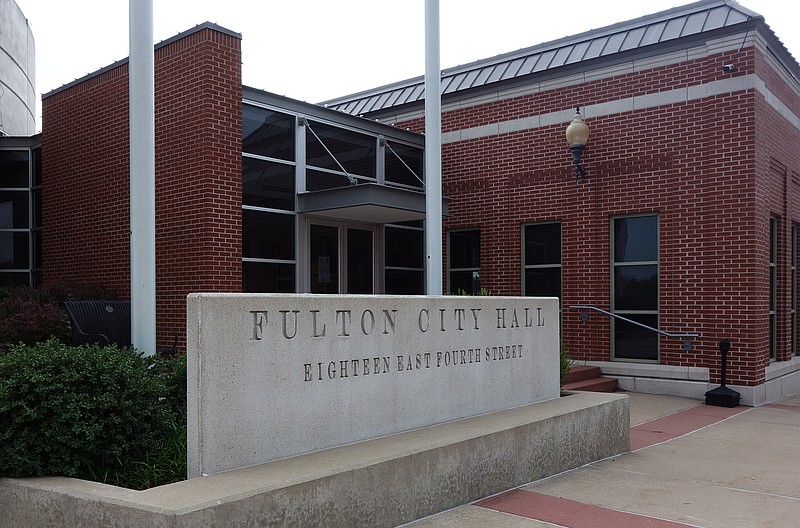 The Fulton City Council agreed Tuesday to begin the process of drafting a mask ordinance - in case it becomes necessary.

The decision arose after City Council members asked how long it might take to draft and pass a mask ordinance in case of a spike in COVID-19 cases.

"If numbers go up quickly when school starts, how long will it take us to pass something that will require masks?" asked Ward 2 council member Mary Rehklau.

Ward 3's John Braun noted an influx of hundreds of workers for the Callaway Energy Plant's upcoming outage as another potential source of COVID-19 infections in the area.

"It's clear at the plant what happens and how employees are supposed to conduct themselves, but that doesn't mean people won't do other things when they get off work," he said.

Fulton Director of Administration Bill Johnson explained passing an emergency ordinance doesn't take long - two days at a minimum. But drafting an ordinance takes longer, said City Clerk Courtney Crowson. The process can be sped along by referencing ordinances already passed in other cities, but Fulton would still have to develop an enforcement mechanism and run the ordinance past City Attorney Tom Riley. Crowson estimated at least a week to produce an ordinance ready to be voted upon.

"We can try to start working on that," Mayor Lowe Cannell said.

Two major questions remain: how would the city enforce the ordinance, and what would trigger it to go into effect? Neither were decided at Tuesday's meeting, though both were discussed.

During a public forum regarding masking last week, Fulton Police Chief Steve Myers and Kent Woods of the Callaway County Health Department said they don't have the resources or personnel to enforce a mask ordinance.

That might be less of a problem than feared, Rehklau suggested. Her husband works at Walmart, one of the businesses that has instituted its own rule making masks mandatory for customers and employees.

"He's the one who checks you as you walk through the door," she said. "He feels it's going very well right now. (A few people) turn around and walk out and don't want to shop because they don't want to put a mask on, but so far (people) have been very, very receptive."

"I'd hate to see businesses be the police on that," Ward 4's Rick Shiverdecker said, later mentioning Walmart's decision to cease enforcing its mask rule over worries about confrontations between employees and customers.

Myers said he hasn't heard of any altercations over masks in Fulton.

Washington brought up the question of what would trigger a vote on a mask ordinance.

Ward 2's Jeff Stone said in health care, its known as a "surge plan." Rather than coming up with a set number, the city could have a rule - for example, a mask ordinance could go into effect if cases double every week three weeks in a row.

"It's hard to quantify, but we need to be talking about this between the city and the county," Ward 1's Ballard Simmons said.

Johnson and Crowson plan to begin work on a potential ordinance soon, Johnson confirmed after the meeting. They'll base the ordinance on those already passed elsewhere in Missouri.

During last week's forum, City Council members made a motion to strongly recommend mask-wearing to Fulton residents and discussed issuing a joint resolution recommending masking with the county and other area municipalities.

At Tuesday's meeting, City Council members brought and unanimously passed a motion allowing Cannell to sign whatever resolution the entities agree upon. Cannell said he'd been in touch with Presiding Commissioner Gary Jungermann that morning to work on a news release regarding the resolution.

"It's a unified voice type of thing," Cannell said. "Every time we bring it up, we bring awareness and education."