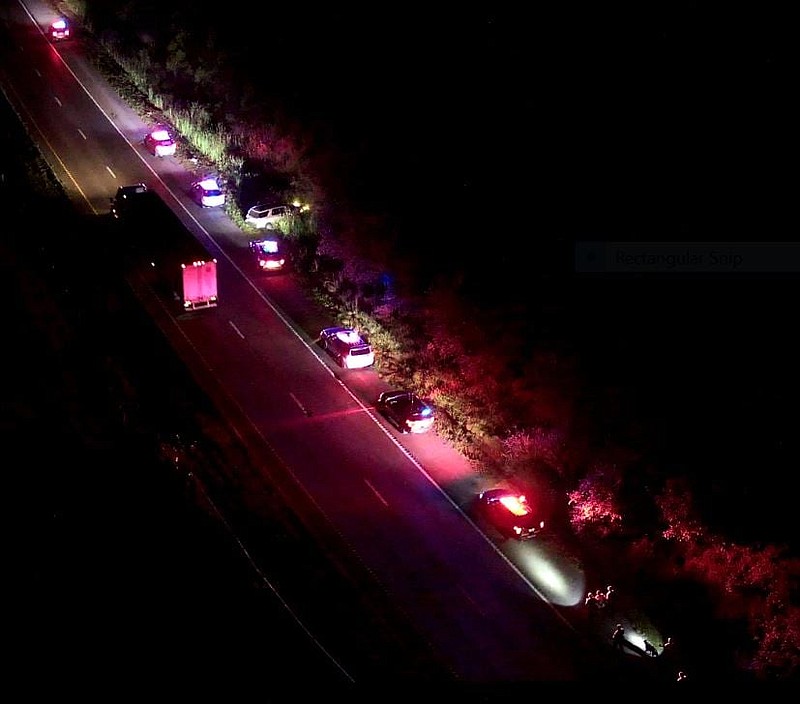 According to a Highway Patrol arrest report, Eddie Marshall, 38, was arrested for a dozen charges, including:

Failure to drive on the right half of roadway

Leaving the scene of a motor vehicle crash

Possession of a controlled substance (10-15 grams of cocaine)

After attempting to drive away from authorities, Marshall allegedly crashed his vehicle along the westbound side of Interstate 70 near the U.S. 54 interchange in Kingdom City, fleeing on foot.

Callaway County Sheriff's Office deputies, along with the K9 unit, assisted in the search.

The Sheriff's Office's drone was deployed.

Marshall was found lying in tall grass outside a carpet store on the south side of Interstate 70, according to a Facebook post from the Sheriff's Office.

Marshall was arrested by the Highway Patrol and taken to Callaway County Jail with no bond.